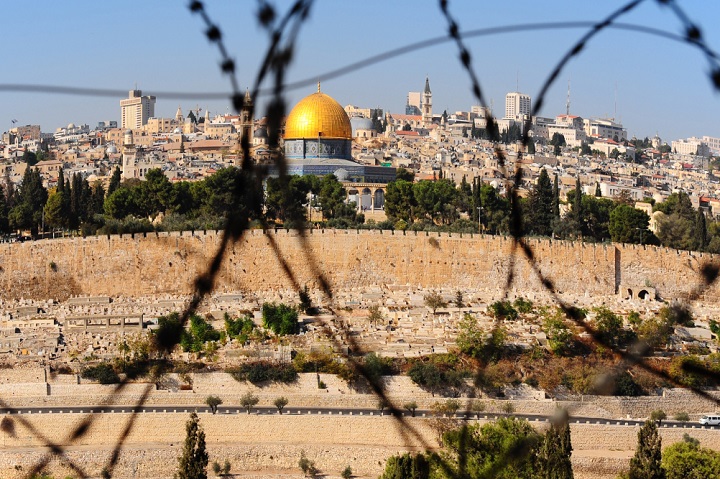 The foolish Abbas and his gang, which have betrayed Allah (swt) and His Messenger, since the signing of the treacherous Oslo Agreement, and have been working in a systematic and coordinated manner with the Jewish entity, to eliminate the spirit of jihad for the sake of Allah (swt) among the people of Palestine to end “the sufferings by the Jews,” they share roles in a malicious manner. Those, whom Allah (swt) is angry with are killing and destroying us. Their crimes do not stop; from the killing of the Mujahideen, women and children, the demolition of homes and the confiscation of lands until the settlements became a cancerous gland that gnaws what is around it, and the herds of settlers roam the mountains and roads in aggression against the people, and the treacherous Authority and its security services pursue people, coordinate with the occupation and provide it with information. However, this is not more dangerous than its crimes.

The Jewish entity and the Western countries realized that they cannot remain in this land except by tearing the people of Palestine apart from their Deen, voiding their identity and dismantling their families. This can only be achieved by targeting women, the family and children, in order to create new generations, the “new Palestinian” preached by the American General Dayton. Similar to the security services, which he called the “new Palestinian” who stands side by side with the occupation army.

The Palestinian Authority has opened the door wide for institutions funded by Western countries to spread their poison and implement their corrupt programs, and it works diligently to sponsor what corrupts morals and destroys society in all fields, and is working diligently to find a system of laws that sponsor and protect this corruption. Under the name of “decision by law” sanctities have been violated, as the Palestinian Authority today is working frantically to reformulate laws to enhance the goals of our enemies and the Jewish entity, including laws that target our families, children, and our curriculum. This is accompanied by an immoral media policy that provides sponsorship and propaganda for corrupt activities, in addition to an economic policy aimed at expanding tax collection and raising taxes. Protecting monopolies in favour of a clique of vampires, dumping people into debt and mortgaging their assets to banks.

O people of the Blessed Land: The efforts of the Palestinian Authority to implement the policies of the Jewish entity and Western countries that aim to destroy our families, bury our daughters alive and kill our children by stripping them from their Deen, the source of their pride and peace and the way to liberate their land, all of this is a major crime against Palestine and the people of Palestine, which means that the authority and those behind it are working, to wrest our children from our families so that our children will have no identity or cause and work to serve the occupation, just like the security services.

O our People and Loved Ones: The executive regulations of the Child Protection Law published in Al-Waqa’i Newspaper on 25/9/2022 are an implementation of the International Convention on the Rights of the Child, which is based on fallen Western concepts, and we strongly warn you against them.

International Convention on the Rights of the Child was referred to in the preamble to the resolution, and when defining the best interest of the child, it made the Convention a reference for it. It stipulates (to ensure child’s full and effective enjoyment of all the rights recognized in the relevant international conventions and the law…), the interest of the child is determined according to international conventions and Western concepts, not Islam. Then the second article, Clause 4, stated (Protecting the child from all forms of discrimination based on sex, gender, religion, language or political opinion) and the meaning of this paragraph is clear. The gender of the child is male or female, and its social gender is the child’s feeling that he is male or female, regardless of his gender, and this includes legislation to legalize and protect homosexuality. This is accompanied by what the Convention on the Rights of the Child guarantees of the freedom of the child to choose his religion and beliefs. According to this law, the father’s order for his daughter to wear Islamic dress became a discrimination crime, preventing his children from homosexuality is a discrimination crime, and preventing them from apostasy from Islam is a discrimination crime. The applications of this law are wide, and it aims to make our children rebel against their Deen, their Ummah and their fathers.

The Palestinian Authority, institutions, associations and the media invade our children with Western concepts and values morning and evening, and this law came to protect them and prevent parents or others from restricting our children to the concepts of Islam. The best evidence is the criminalization of verbal or physical punishment as a form of violence. Thus, parents will lose the ability to prevent their children from evil and bad morals, and we saw the applications of this law in schools until they made the teacher lose the educational quality and his ability to control students and direct their behaviour, which made some students brazenly insult their teachers, and according to this law, this Hadith of the Messenger of Allah (saw) became a crime:

“Command your children to perform Salat (prayer) when they are seven years old, and beat them for (not offering) it when they are ten, and do not let (boys and girls) sleep together”. (Narrated by Ahmad with a Sahih Isnad).

A child, according to their definition and claim, is someone under the age of eighteen, and this is killing the personalities of our children. Among the sons of the Ummah are those who achieved heroism and victories while they are under this age. According to the restrictions set by the law, raising our children to struggle, strive and jihad for the sake of Allah (swt) is unattainable.

O our People and Loved Ones (for the sake of Allah): The crimes that the Palestinian Authority is committing against our cause, our women, our sons, and our fighters are very dangerous. It is a practical implementation of the policies of the occupation and Western countries and they have done what the occupation has been unable to do over the past years, and if we lose our families and children, what is left for us?

What the authority and some women’s institutions do by exploiting some abnormal behaviour or individual crimes to promote these laws is a form of deception, because the cause of these crimes is the absence of Islam and the spread of corruption sponsored by the Authority and those institutions funded by the enemies of Islam.

And your stance in the face of this corruption and corrupting carried out by the Palestinian Authority and those behind it, in addition to being in response to Allah’s command to protect the soul and the family from the Fire:

“O you who have believed, protect yourselves and your families from a Fire whose fuel is people and stones, over which are [appointed] angels, harsh and severe; they do not disobey Allah in what He commands them but do what they are commanded” [At-Tahrim: 6].

“And say, ‘Truth has come, and falsehood has departed. Indeed is falsehood, [by nature], ever bound to depart.’” [Al-Isra: 81]

This frantic movement of the West and its tools and supporters of injecting corruption and imposing the laws of corrupting, is because of what it senses of the imminent danger to its influence and civilization, and to its creation, the Jewish entity, and the danger of the motivation of Muslims towards change, that change that will culminate, by Allah’s (swt) will, by a rightly-guided, honourable, strong and proud Khilafah (Caliphate), that establishes the Deen, and uproots the ideas and laws of the West, and its influence and its agents, just as it will uproot the Jewish entity from its roots.