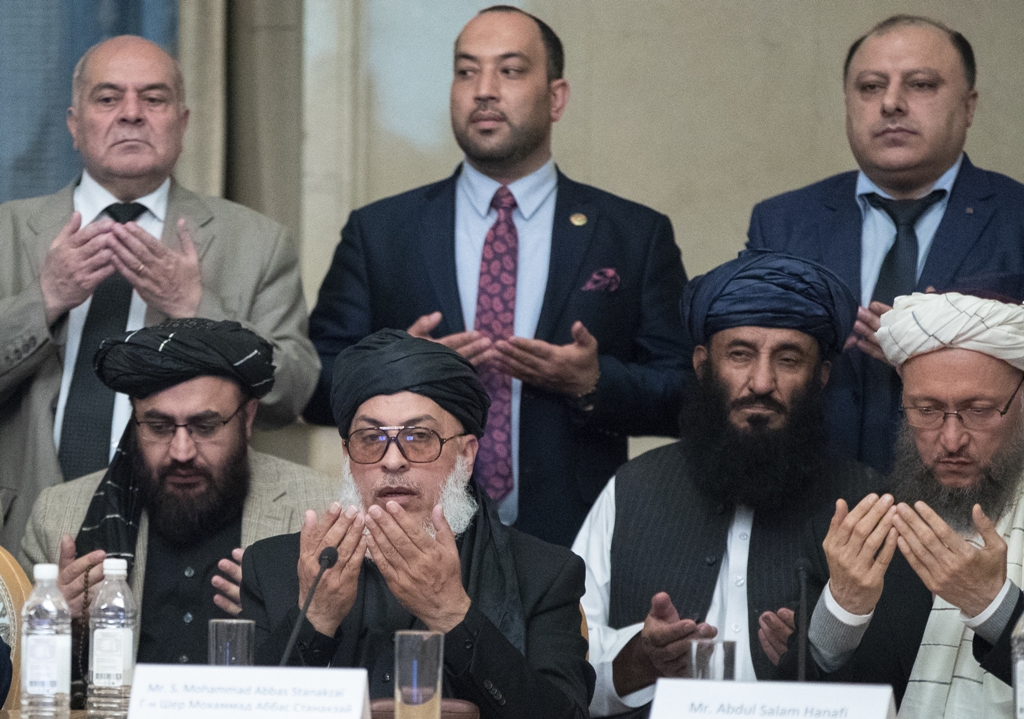 To secure an election win for Trump, first the UAE shamelessly accepted the Jewish entity and now the Bajwa-Imran regime is ensuring that the Afghan resistance shares power with the US puppet government of Afghanistan. Pakistan’s regime is using the carrot-and-stick approach to broker a deal, by issuing new financial sanctions against various members of the Taliban leadership. Meanwhile, the chief Taliban negotiator, Mullah Abdul Ghani Baradar Akhund, was invited to Islamabad, after which Abdullah Abdullah, who leads the High Council for National Reconciliation, was called by Imran Khan to help resume the talks, after months of a stalling in the US-sponsored process. Thus, the Bajwa-Imran regime is striving for intra-Afghan negotiations, so that the blood of martyrs, in a war that has lasted decades, can be traded for a win for Trump in November, by securing an Afghan peace deal under his belt.

Indeed, the sincere Afghan mujahideen have not sacrificed their lives and wealth for over four decades just to surrender their noble goal of an Islamic state, for a power sharing model with the agents of America. Surrendering the pure Islamic rulings for ruling by liberal, secular law under the guise of Islam, means the acceptance of; a capitalist, usury-based economic system with dollar based fiat currency, secular courts with a few token Islamic punishments to hide their man-made essence and ruling system in which the sincere Muslims of Afghanistan abandon their desire for Islamic Shariah to be supreme, to allow submission to the Western dominated international order. It is for this reason that Pakistan’s Foreign Minister, Shah Mehmood Qureshi, has given the label of “spoilers” to the sincere Afghan resistance that openly rejects the US plan.

O Muslims of Pakistan’s Armed Forces and the Intelligence! How does serving the US plan in the region, acting as a security guard for the colonialist, pass as vision of any sort? How was it vision to submit to US commands and enable its violation of Afghanistan, by extending it bases and intelligence, during the era of Musharraf? How is it now vision to pressurize the Afghan Muslims to end their relentless progress on the battlefield against the cowardly US troops, by forcing them to settle with the occupiers, whose hands are still dripping with Muslim noble blood? In reality, the apparent might of the US is a borrowed might, borrowed from none other than you. Break the shackles of slavery by coming forth to grant Nussrah for the establishment of the state that will bring the colonialist powers to their knees. Use the power that has been entrusted to you to strengthen Islam and Muslims, securing protection of the Muslim lands. Unconditionally reject the devious colonialist plan of intra-Afghan negotiations. It is only through the re-establishment of the Khilafah (Caliphate) upon the Method of Prophethood that we can truly support the Afghan resistance, expelling the US crusaders from the region and annexing Afghanistan and the Central Asian states. It is the Second Khilafah Rashidah alone that will be a powerful fortress for the Muslims, closing all doors to the enemy. Islam and Muslims demand the blessed decision of the sincere officers in the armed forces of Pakistan to support the re-emergence of Islam upon a global stage. Step forth now brothers, granting Nussrah for your Deen! Allah (swt) said, يَا أَيُّهَا الَّذِينَ آمَنُواْ اسْتَجِيبُواْ لِلّهِ وَلِلرَّسُولِ إِذَا دَعَاكُم لِمَا يُحْيِيكُمْ “O you who have believed, respond to Allah and to the Messenger when he calls you to that which gives you life.” [Surah Al-Anfaal 8:24]