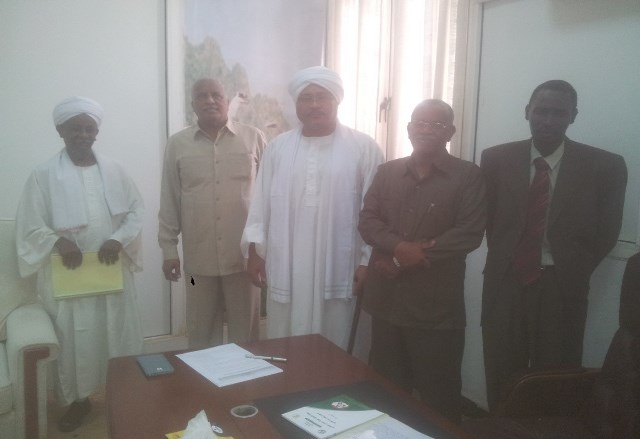 On the background that the authority in the city Al-Ubayyid [Al-Abyad] the capital of the state of North Kordofan forbade a speech festival in the Freedom Square for the 97th remembrance of the destruction of the Khilafah – which is held under the slogan “The Khilafah – Establishment of the Deen and Empowerment” this year. On Saturday 07/04/2018 CE the Hizb addressed the masses after Asr prayer in front of the large mosque in Al-Ubayyid’s market. The official spokesman of Hizb ut Tahrir Wilayah of Sudan, the representative of the Muslim Brotherhood and others spoke, and after finishing the speeches the authorities in front of the masses without any honour arrested the brothers:

It is a shame on this authority which hypocritically addresses the Muslims with the speech of Islam and fights the call for it, consent to the Kafir West by the freedom of expression and allow it in the constitution and laws and forbid the one who expresses his opinion peacefully; it is the authority of hypocrisy.

“The hypocrites will be in the lowest level of the fire, and you will find no help for them”

We say to it – fear Allah and do not fight Allah’s call. It suffices the crimes you have committed against yourself and the rights of the country and the people.

Hizb ut Tahrir will continue its call for the resumption of the Islamic way of life by establishing the second Khilafah Rashida (rightly guided Caliphate), without being hurt by the plotters plots nor the betrayal of the conspirators. Tomorrow is a sight for the near – the day the second Khilafah Rashida on the method of the Prophethood will rise and shine upon the earth and avenge the unjust.