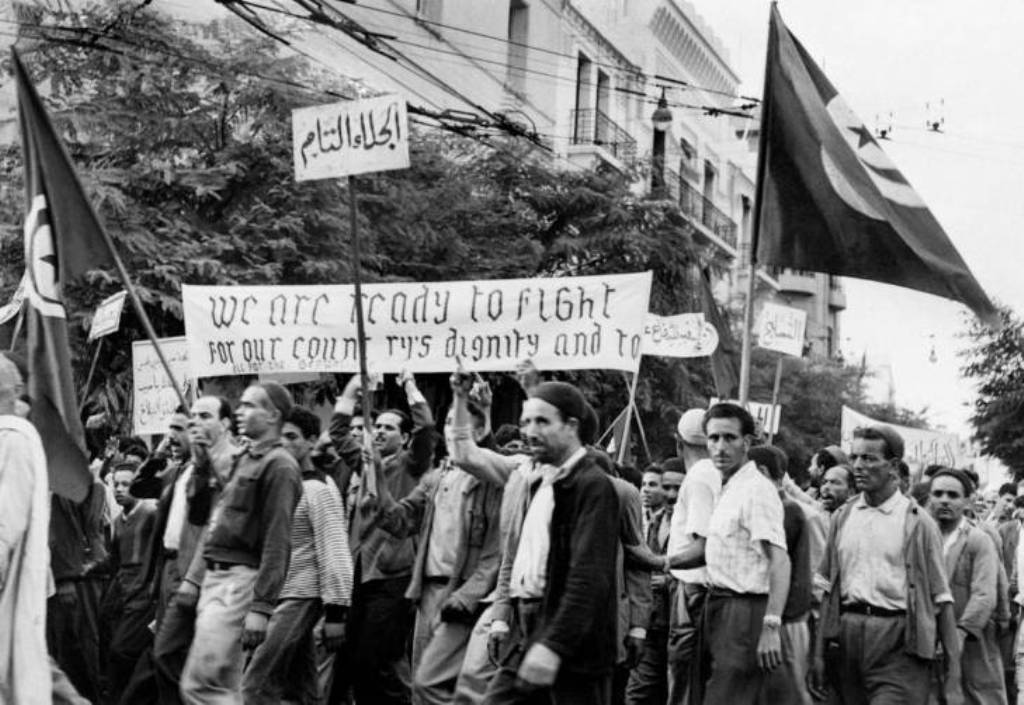 Rather, They Will Chase the Armies of the Usurpers to their Home, Paris

During a press interview on France 24 on June 23, and in his response to whether France should apologize for its crimes in Tunisia during the abhorrent colonial era, President Qais Saeed said: “As the French proverb says, whoever apologizes condemns himself,” adding that “Tunisia was under the protection system and not a direct occupation as was the case in Algeria,” he then added, “and it is better if the apology was through financial compensation or sending projects in the country,” considering that the list of France’s apology that was dropped by Parliament was not innocent because it took place after 60 years.

It is by Allah an atrocity that the head of state describes the French colonialism that murdered our people, killed our men, raped our women, plundered our goods, and continues to exercise its tutelage over us, to describe it as an implementation of a protection agreement and not an occupation as happened in Algeria, and that there is nothing wrong with financial compensation as long as the apology condemns it!! Doesn’t President Qais Saeid know that the protection treaty signed by Mohamed Al-Sadiq Bey in 1881 (Treaty of Bardo) was carried out under the threat of the French army that stormed the capital, coming from the occupied Algerian region, and that the treaty stripped the country of its sovereignty where the French Commissioner-General became the de facto ruler of the country?! Can the money compensate the blood of the martyrs, the dignity of our women, and the injustice and oppression that was experienced by our ancestors?! Is this how rights are regained?!

Regardless of who is behind the list of “France’s apology” and its purpose thereof, and whether an apology is required today, or whether what is required is to sweep Western influence in all its forms, pillars and symbols, the statement of president Qais Saeed will be a shameful line in the history of Tunisia, which will only be erased by turning Tunisia to a focal point for the Khilafah (Caliphate) state, whose armies will not accept evacuation and apology, but will chase the armies of the usurpers to their home, Paris, to make them forget the whispers of Satan, and by the will of Allah, the era of the secondly righteous Khilafah (Caliphate) state on the method of Prophethood that we will establish by the grace of Allah on the ruins of the Ruwaibidat rule in all the Muslim lands, is imminent.

The Messenger of Allah ﷺ said: «ثُمَّ تَكُونُ خِلَافَةٌ عَلَى مِنْهَاجِ النُّبُوَّةِ» “Then there will be a Righteous Khilafah on the method of Prophethood.”