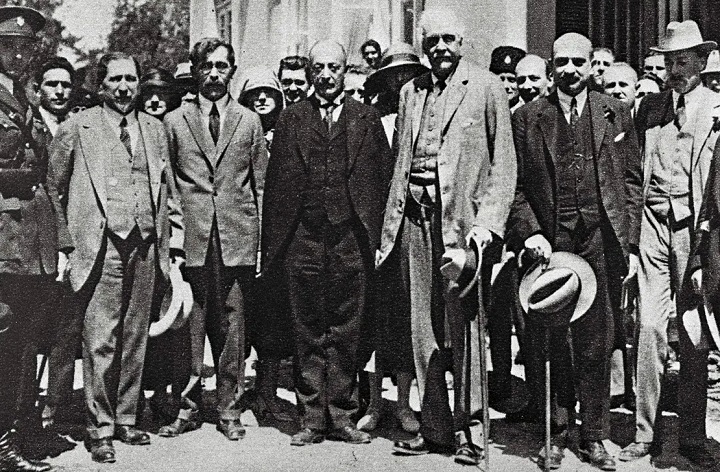 The contradictions of secular democracy have been exposed yet again by the century-old occupation of Palestine. Whilst the public are regularly told that schools encourage debate and critical thought, students and teachers alike have been bullied into not speaking openly about the one of the most topical political issues in the world – the atrocious apartheid like conditions in Palestine and horrendous targeting of civilians and places of worship by the Zionist occupying entity.

Britain’s Lord Balfour adopted the Zionist ideology in 1917 to further the British colonialist interest and plans to destroy the Ottoman Islamic State at the time. They cynically used the Jewish people in their plan, then after the Second World War further promoted the creation of a Zionist occupying entity on the back of European guilt for the genocide that had just happened there. Eschatological fanatics then adopted Zionism, despite their lack of Jewishness, as they hope to hasten Armageddon, out of their misguided belief that it will rid the world of both Judaism and Islam entirely.

73 years on and the world has grown weary of the tired and contrived justification for the regular oppression and annihilation of the people of Palestine in their own land, at the hands of the fanatical Zionist occupation forces. The usual Western governments and their supporters weakly allege that the occupiers themselves are merely acting in self-defence. Muslims have never bought this propaganda, but increasingly ordinary non-Muslim citizens in the West are questioning the legitimacy of the occupation entity and the immorality of blindly supporting its wanton aggression and expansionist acts.

Afraid of real debate that could expose the hypocritical lie of human rights and ethical foreign policies, the past few years have seen an accelerated rise in incidents of bullying and pressure to introduce legislation to prevent any criticism of the Zionist occupation or sympathy with the Palestinian people, under the false pretext that it is akin to anti-Semitism, anti-Jewishness, and so racist in essence.

British schools have been unwittingly drawn into the propaganda war, as Muslim and non-Muslim students have loudly declared their solidarity with the Palestinian plight and their disgust at the murderous aggression of the Zionist entity. Unfortunately, some school leaders have branded such students as racists in disregard of their legitimate concerns, then referred them to Prevent for processing as radicalised extremists. Even teachers feel that they risk their careers were they to say openly what they really feel about the situation in Palestine today.

Muslims are used to having their thoughts policed. The Prevent policy has only ever pleased the hate filled extremists in and around the government, with no genuine link to preventing violence as it is alleged that it was originally intended. Now that the Zionist occupiers are beginning to lose the propaganda war, it is being used as the Zionist occupier’s Ideological Defence Force, as they desperately try to prevent open discussion about its crimes, lest its legal basis be called into question.

It is regrettable that the hateful bigots in government and cowardly supporters of the Zionist occupation are now targeting children in schools, potentially ruining their lives with their false allegations of racism and anti-Semitism. Schools are supposed to be places for discovery, questioning and thought. They should not be used for bullying, indoctrination, and intimidation.

Despite the palpable anger that the Muslim community is feeling at this time, especially among the youth who see clearly the hypocrisy in this democracy and its betrayal of humanity, we urge the parents to take on the burden of ideological struggle instead of their children.

Parents should open a reasoned dialogue with their school leaders to explain the current injustice and hypocrisy of the government stance. Additionally, parents of any students who have been wrongly sanctioned for their solidarity with Palestine should seek legal advice to challenge the allegations against them. The Prevent programme that was designed by hate filled extremists to protect their own secular extremism must be exposed for the nefarious tool that it is. Referrals for sympathising with the Palestinians in the face of such obvious oppression is simply indefensible, so must be challenged until the truth is known.

The proper place for the ideological battle of ideas is in the open where all can see and participate. Imposing conformity to one side of the debate smacks of bigotry and is especially telling of a society that claims free speech and thought, but rarely offers either. Concerned parents must therefore move the one-sided debate away from the schools into the open where it should always have been.

“O Believers! Have taqwa of Allah and say a truthful unambiguous word”[Al-Ahzab: 70]