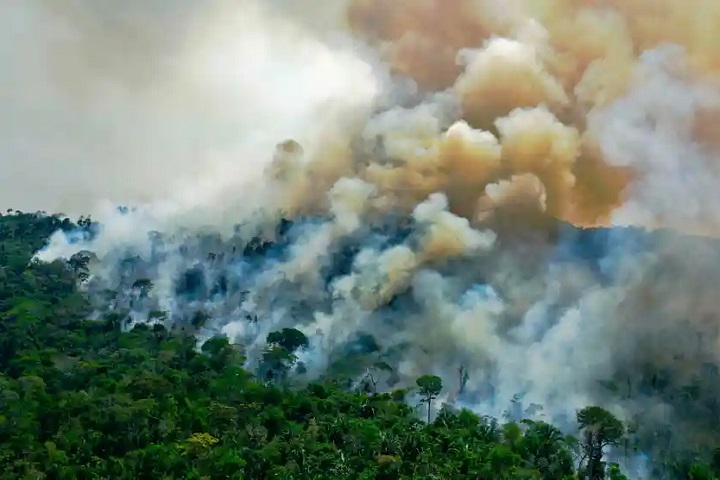 The Capitalist system which is dominant the world over today although paying lip service to caring about the environment in reality focuses on maximizing production and enriching the elite at any cost. This is because the innate characteristic of Capitalism is defined by the notion that human beings have “unlimited wants in a world with limited resources to satisfy them all.”

Capitalism solution for this problem, is perpetual growth which increases production to fulfil these unlimited wants. Capitalism views GDP (Gross Domestic Production) as an important indicator for how well a country is doing. In other words, how much a country produces in a set time to fulfil all the unlimited needs. And here lies one of the many flaws of the Capitalism doctrine, as a country might have a high GPD whilst half of its inhabitants live in poverty. This is because Capitalism hasn’t been designed to take care of everybody but only the elite few, and taking GDP as indicator of success will tell us nothing about how production has been distributed. The consequences are that only the few; the elite, big businesses and rich countries will benefit from this doctrine, whilst at the same time deciding the policies. The environment is only one of the inevitable victims of such a systemic design flaw, which will create conflict with sustainable environmental policies. It has led to the burning of precious and limited resources of the planet to enable growth whilst pumping all sorts of pollution back in to the environment. What makes things worse is that the basic needs of most are not even met.

The exact opposite of the Islamic system which is radically different than Capitalism. Islam’s core value is the distribution of wealth and not just the production. Its duty is to make sure that everybody gets the basic necessities of life, such as sufficient food, shelter and clothing and not just the few.

Allah (swt) emphasizes that the wealth should not circulate amongst the few, He (swt) says referring to wealth

“That it does not become a commodity between the rich among you.” [TMQ Al-Hashr: 7] ﴿

“Then eat thereof and feed there with the poor who have a very hard time.” [TMQ Al-Hajj: 28].

No matter how much we change policies to “protect” the environment so long the capitalist system is intact no real change will take place. As it is Capitalism which lies at the root of the many problems facing humanity. This shouldn’t come as a surprise for the Muslims as we have been warned of this over and over again in the Quran.

The catastrophes which mankind will face when we follow anything else besides the guidance of our Creator, Islam. Democracy and capitalism are closely linked, making the foundation of most Capitalist societies secular, this is the detachment of religion from life’s affairs – It believes that human beings should determine good and bad based on their desires. And it is exactly this, moving away from the word of Allah (swt), that is causing mischief in every aspect of life, including the environment.

What happens when we turn away for the message that Muhammed (saw) sent to us?

“And when he turns away (from you “O Muhammad SAW”), his effort in the land is to make mischief therein and to destroy the crops and the cattle, and Allah likes not mischief.”[Surah Al-Baqara 2:205].

It is Islam with the revelation of the Quran which is humankind’s eternal source of guidance organizing all of life’s affairs and it is exactly this guidance that we have neglected for many years.

Guidance from the All-Knowing:

“And the Earth We have spread out (like a carpet); set thereon mountains firm and immovable; and produced therein all kinds of things in due balance. And We have provided therein means of subsistence― for you and for those for whose sustenance you do not uphold. And there is not a thing but its (sources and) treasures (inexhaustible) are with Us; but We only send down thereof in due and ascertainable measures.” [TMQ. Al-Hijr 15: 19-21].

“Do no mischief on the earth, after it has been set in order, but call on Him with fear and longing (in your hearts): for the Mercy of Allah is (always) near to those who do good!” [TMQ. Al-A’raf 7: 56]. And from His Messenger: The Prophet (saw) said,

“The world is sweet and green, and verily Allah is going to install you as vicegerents in it in order to see how you act”. (Sahih Muslim)The Prophet (saw) said,

“There is none amongst the Muslims who plants a tree or sows seeds, and then a bird, or a person or an animal eats from it, but is regarded as a charitable gift”. (Sahih al-Bukhari)

“There is a reward for serving any living being”. (Sahih al-Bukhari)

Take the time to ponder over the relevance of these important messages in the world we are living in today and realize the heavy responsibility on the Muslims to restore the many problems of humanity and bring back the great justice of Islam.