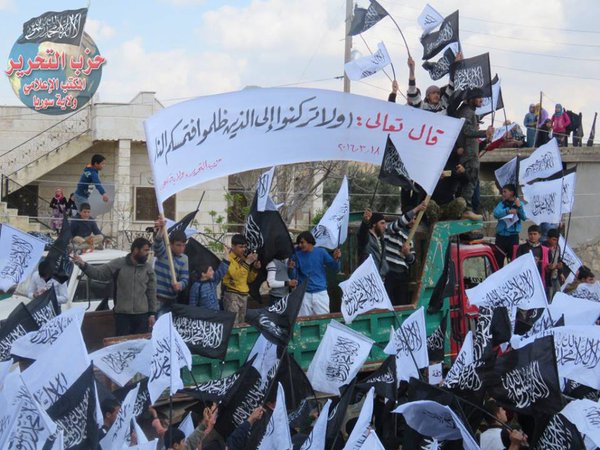 “The Imam is but a shield, behind whom the Muslims fight and by whom they are protected. (Narrated by Bukhari on the authority of Abu Huraira (ra))

O people of Ash-Sham who were described by the Prophet of guidance, Muhammad ﷺ as:

“If the people of Ash-Sham are corrupt then there is no good in you (the Ummah).” (Narrated by Tirmithi on the authority of Mu’awiyah Bin Qurrah from his father)

You without a doubt remember that we are going through a painful memory these days to all our hearts, namely, the ninety-fifth anniversary of the destruction of the Khilafah at the hands of the criminal Mustafa Kamal, the agent of England, on the 28th of the month of Rajab of the year 1342 AH (1924 CE). Since that date, and we became more lost than the orphans at the table of villains, and ruled by Kufr and oppressive systems, after the Kaffir West divided our state to more than fifty shreds, and appointed to every shred of them an agent that preserves its interests and brutalize the people, and gave each country its own national anthem and flag, drawn by the colonial hands to make Muslims forget that they were once the noblest under one state, the Khilafah state (Caliphate). This Kaffir West, who violated our land and honour and spilled our blood, and tore the body pieces, and then made the harmful rulers govern us with iron and fire… so we suffered misery and hardship after we lost the enjoyment of living and dignity of life under a Khaleefah, a state, and an army.

We are not here commemorating the destruction of the Khilafah to mourn it and make you weep, but to motivate and mobilize you and us, to work hard with the brothers working sincerely for its return.

It is the promise of Allah سبحانه وتعالى and the glad-tiding of the Messenger ﷺ, who said in the Hadeeth narrated by Abu Daoud from Huthaifah (ra):

“Then there will be Khilafah on the method of Prophethood”

So beware of the criminals who want to steal your revolution … and beware, beware that you accept anything other than the Khilafah, that will satisfy your Lord and restore your power and reward your sacrifices … It will return, by the will of Allah, and we can see it, for its signs are looming. We ask Allah سبحانه وتعالى, that it will by our hands and your hands, and for such a great honor let the workers work. Allah سبحانه وتعالى says: