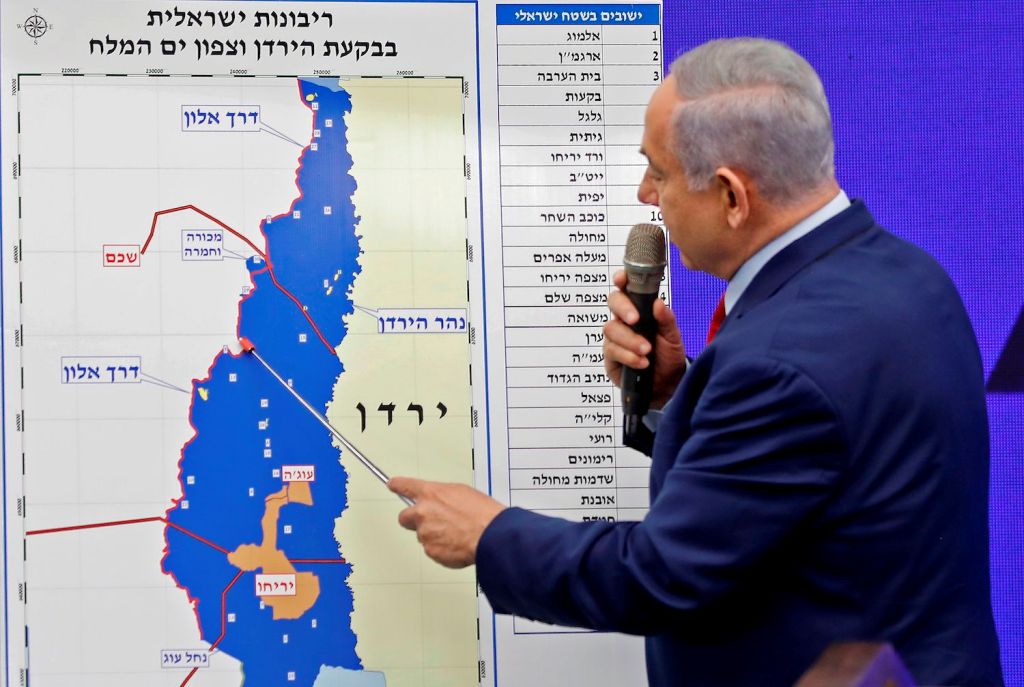 The Minister of Foreign Affairs and Expatriate Affairs, Ayman Al-Safadi, affirmed that he is counting on the international community to prevent the implementation of any “Israeli” decision to annex occupied Palestinian lands to protect peace and protect international law. And he warned against the dire consequences of the annexation decision if it was implemented in the endeavor to achieve regional peace and on Jordanian-(Israeli) relations. Al-Safadi stressed that “Our message should be clear: the annexation will not pass without a response. That the implementation of the annexation will spark a fierce struggle, will make the option of the two states impossible,” he said. “The economy will not grow while it is suffering under the narrow claws of the occupation.” Peace will not be achieved by annexing a third of the state of Palestine, adding that “a two-state solution and the establishment of an independent, viable Palestinian state on the basis of which is a Jordanian national interest” (Al-Ghad Al-Urduniya, 3/6/2020).

The open deceit and misinformation have reached its peak due to the attitudes of the Arab regimes who are eager to have relations with the Jewish entity and what was specifically stated by the Jordanian Foreign Minister that the regime in Jordan is the most feared for its existence from the practices of a Jewish entity and the announcement of Netanyahu to move forward with the decision to annex more than a third of the West Bank and the Jordan Valley. This is because annexation or non-annexation does not change the reality of the occupation and its control over all of Palestine as if the two-state solution, that the regime in Jordan was crying about, would be the one that would return Palestine to its people and restore the rights of the people of Palestine! Indeed, the foreign minister neglects that peace will not be achieved by annexing a third of the state of Palestine, ignoring that Palestine stretches from the sea to the river and that the fact of annexation makes the rest of the alleged two-state solution not to exceed 15% of all of Palestine.

The annexation or the absence thereof does not change anything from the reality of the occupation and its control over the blessed land of Palestine. The occupation was and still is practicing all the crimes: killing, displacing, establishing settlements and desecrating holy sites, foremost of which is the Al-Aqsa Mosque, the third of the two holy mosques. For the custody of Al-Aqsa Mosque while it is under the influence of the Jewish entity, the rulers of Saudi Arabia, Turkey, and Jordan are competing in exchange for a small role in Trump’s alleged deal for the final solution, and the objection to the annexation is only because it constitutes a strong blow to the advocates of the two-state solution, which is no less treachery and neglecting the annexation and colonial settlements of peace agreements between an Jewish entity and Egypt and Wadi Araba with Jordan and Oslo with the Palestinian Authority. The most recent is the Trump agreement that bargains all of Palestine to the Jewish entity for a handful of dollars for the neighboring countries to support the new state of Palestine, and in turn to implement its terms of economic projects, some of which have been initiated, and in line with the American peace plan.

The two-state solution that Jordan advocates is based on giving the Jews of most of Palestine in return for a meager entity on separate cantons from the West Bank and Gaza Strip free of any military power or from any state constituents, giving it the name of Palestine as a favor, in exchange for recognizing the Jewish state and granting it international legitimacy to start then projects to provide them with life and communicate with Arab regimes according to the Trump agreement. The largest beneficiary of it will be a Jewish entity in exchange for imaginary stability sought by the Arab regimes, and the annexation decision advocated by Netanyahu on the first of July reveals the cover that the regime conceals the illusion of a two-state solution and which may lead to an uprising or a spiral of violence, according to the foreign minister, which eliminates all hopes of peace from his point of view.

The begging of the international community to prevent the implementation of any decision of a Jewish entity to annex occupied Palestinian lands under the pretext of protecting peace and protecting international law, and relying on friends and partners, as Jordan’s foreign minister states, is an insulting humiliation and betrayal of the people of Jordan and the people of the Blessed Land and Muslims as a whole. There is no international law except in the hands of the strong arrogant, and we did not find them doing anything over the decades, neither from Europe nor America towards a Jewish entity since the decades of its occupation until the question of Palestine shrank to annexation or non-annexation, and the alliance with America (the friend), which is an ally of the Jewish entity that blessed its annexation of the Palestinian lands and before it legalized its settlements, its annexation of the Golan and Jerusalem, and its embassy was transferred to it, can only be called lying and obedience to the disbelieving Western colonist to which the regime in Jordan complies.

As for Safadi’s statement that “Our message should be clear: the annexation will not pass without a response.”, it is funny, nauseating, and we have previously seen that the maximum response to the Jewish entity was to deport the ambassador for a few days “until people calm down,” resort to “international legitimacy.”, complain to European Union leaders or issue hollow media statements. The regime in Jordan considers the Wadi Araba agreement an eternal strategic agreement with the Jewish entity that cannot be abandoned, and it does what is less than that to scatter the ashes in the eyes, from statements that make it a defender of the cause of Palestine and that it is the only one from the Arab regimes to address (through media) the decision of the Jewish annexation, and the formal threat to do something that does not amount to healing the nation’s anger from the arrogance, and persistence of the Jewish entity in aggression.

Trump made his criminal deal to support the Jewish entity and enabled it to bite into the whole Palestine. The response to that crime must be by breaking Trump’s fangs by removing the Jewish monstrosity entity and returning Palestine entirely to the lands of Islam. So the response to Trump’s deal will not be through the current rulers. Also, the response to Trump’s deal will not be by being content with the resistance in the West Bank and Gaza no matter how high it is, and saying that Palestine is the issue of the Palestinians and not others is a saying that wastes Palestine in the hands of its people, but rather it is legitimately the issue of all Muslims, Arabs and non-Arabs. The response is not the response of the Arab regimes and their governments by begging their enemies to do justice to them. Rather, the response will be from countries that move their armies to uproot the Jewish entity from its roots. Jews have usurped Palestine and established a state for them in it, and the rulers and teachers of the Muslims helped them to do so, and so it cannot be eradicated except through a state that moves an army to defeat and uproot it from its roots.

Hizb ut Tahrir has explained to you how the response to the losing Trump deal will be, Allah willing, and how the response will be to the arrogance of the Jewish entity, because the party is calling on Muslims and the Muslim armies, so the due response is one or both of them:

The first one: to begin a serious and glorious work to resume the Islamic life by establishing the Khilafah (Caliphate); the armies of the Muslims should be moved to fight the Jewish entity and remove their entity, and return Palestine as a whole to the lands of Islam.

The second: In our reality today, where there is no Khilafah, fighting the disbelievers, especially the occupiers of our country does not depend on the existence of the Khilafah state or its absence, but fighting the disbelievers is a duty, whether the ruler of the Muslims is a Khalifah or he does not rule by Islam, so it is the duty of the Muslim armies to move to fight the Jewish entity and remove their deformed entity deformed and return Palestine to the lands of Islam.

The Khilafah is coming, Allah willing, with the help of men, so the good news of the Messenger ﷺ will be fulfilled by fighting the Jewish entity with the arms of the Soldiers of Islam. Sahih Muslim narrated on the authority of Abu Hurairah that the Messenger of Allah ﷺ said: «لَا تَقُومُ السَّاعَةُ حَتَّى يُقَاتِلَ الْمُسْلِمُونَ الْيَهُودَ فَيَقْتُلُهم الْمُسْلِمُونَ» “The last hour would not come unless the Muslims will fight against the Jews and the Muslims would kill them” and then remove their usurped entity to Palestine, cleanse the blessed land from their impurity and return it to the lands of Islam, for the Islamic Ummah is a living Ummah that does not sleep unjustly, even if Trump and his follower Netanyahu and his followers and supporters think that this matter will not happen, and that the rulers of Muslims today will remain, and that the Khilafah will not return, then if they think like that, then Allah willing, He will bring them into perdition.وَذَلِكُمْ ظَنُّكُمُ الَّذِي ظَنَنْتُمْ بِرَبِّكُمْ أَرْدَاكُمْ فَأَصْبَحْتُمْ مِنَ الْخَاسِرِينَ “and that very thought which you thought about your Sustainer has brought you to perdition, and so now you find yourselves among the lost!”

Perhaps the sun of Khilafah will rise soon by the will of Allah (swt) for the glad tidings have started to appear and we ask Allah the exalted to be of its people.

“THIS IS A MESSAGE unto all mankind. Hence, let them be warned thereby, and let them know that He is the One and Only God; and let those who are endowed with insight take this to heart!”