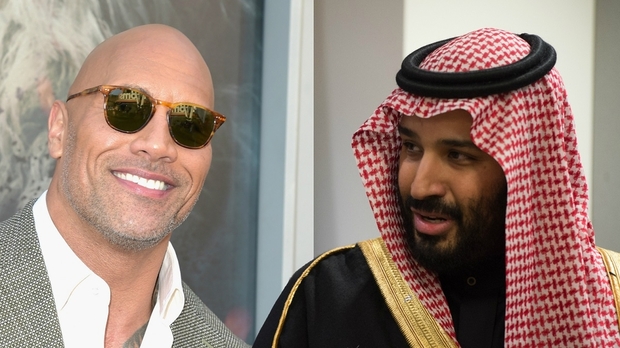 For the past few weeks, America has been abuzz with Muhammed bin Salman’s visit. The powerful 32-year-old royal has focused on shoring up American-Saudi ties and has met a host of famous US personalities from all walks of like. The visit appears to be a turning point in relations between the two countries.

Muhammad bin Salman’s (MBS) visit to America comes shortly after his trip to the UK. In London, MBS paid billions of dollars to the British government in exchange for explicit recognition of his reform packages and assurances about the stability of his rule.

In America, MBS’s visit has overshadowed the centuries-old ties between the Saudis and the British. The depth and breadth of meetings with US establishment figures are simply unprecedented in the history of US-Saudi relations. MBS has met the US President, politicians, Wall Street bigwigs, media moguls, CEOs of technology giants and Hollywood celebrities. The scale of the visit indicates that America has captured every facet of Saudi life—a return of neo-colonialism and full spectrum domination.

Yet none of this was possible under the Obama administration. The ascendency of Trump to the Presidency and his subsequent visit to Saudi Arabia in May 2017 upended the bad blood of the Obama’s rule, and laid the foundations for America to eclipse Saudi-British ties entrenched for 200 years. The secularization drive undertaken by MBS not only targets the masses but it also weakens the Wahhabi-Saudi alliance, which the British successfully nurtured to rule Hejaz via ibn Saud. Under American guidance, MBS is using the reform packages to cultivate an alternative power base that will supplant the House of Saud’s three traditional pillars.

Moulding liberal ulema to replace dogmatic Wahhabi scholars is the first pillar. The second pillar is to purge House of Saud of British elements under the pretext of fighting corruption. The third pillar is to silence the British and curb their ability to execute coups against MBS. America instructed MBS to offer Britain billions of dollars in contracts and investments, in return for a “gentlemen’s agreement” not to destabilize the American House of MBS.  America and MBS hope that the transformed pillars will buttress the House of MBS and provide it with a wellspring of new support from amongst the masses.

This is how the foreign colonial powers have used Ibn Saud’s lineage to subjugate the Muslims of Hejaz and the oil wealth. Muslims of Hejaz must not lose heart with this situation, and must know that any house built on tyranny will never last. MBS’s house will soon fall like a flimsy deck of cards with Allah (swt) permission. Allah says:

“And Allah has full power and control over His Affairs, but most of men know not.”

To end the domination of colonial powers the Saudi regime and all its vestiges must be uprooted and replaced by the rightly guided Khilafah. Only the Khilafah can free Hejaz from the clutches of the disbelieving powers, liberate its people and make the oil wealth available for the whole Ummah to enjoy.

“Oh you who have believed, respond to Allah and to the Messenger when he calls you to that which gives you life. And know that Allah intervenes between a man and his heart and that to Him you will be gathered”