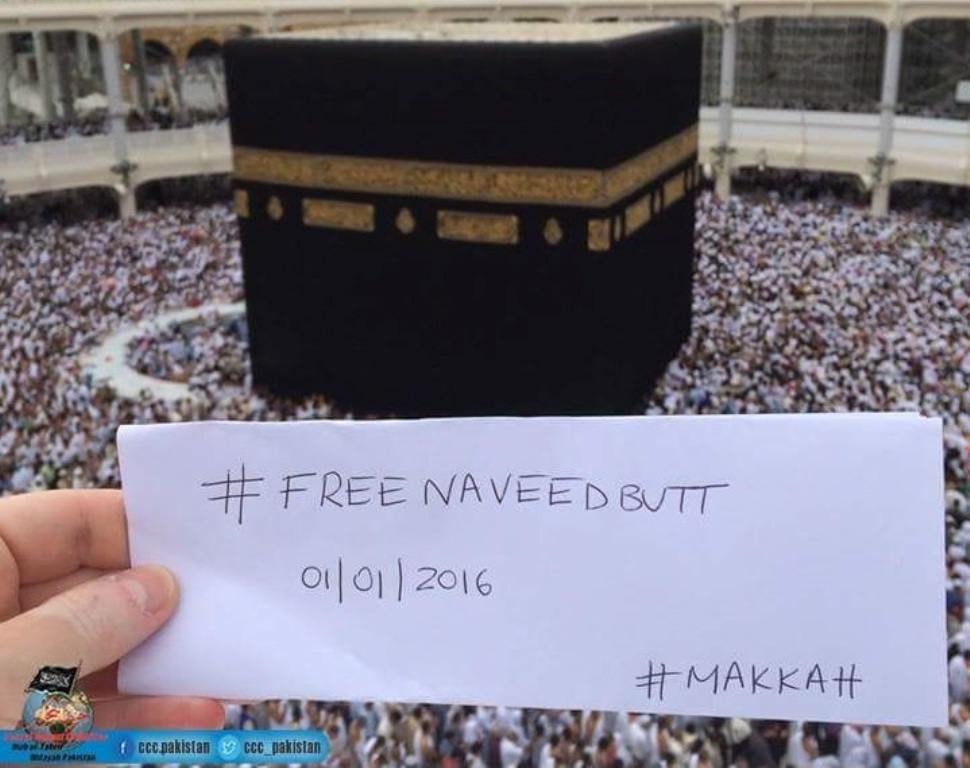 In every era, Allah (swt) has blessed the only true Deen, Islam, with pious, remarkable and strong sons and daughters who spend their lives in the glorification of this Deen, bringing humanity back from the darkness of kufr (disbelief) towards the Guidance of Allah (swt). They spend their capabilities, wealth and time for this great cause with dedication to fulfill the right of this Deen. There is no doubt that Naveed Butt stands tall among these great sons and daughters of the Ummah.

I met Brother Naveed in 2010 for the first time at a local hotel in Lahore, where he had invited few people to show them a presentation about the economic system of Islam. As I had been going through intellectual transformation for some time, I wanted to know about Islam and especially how the Khilafah state (Caliphate) implements the commands extracted from Quran and Sunnah. Therefore, I immediately accepted the invitation to this event. Before this meeting I did not know about either Hizb ut Tahrir or Brother Naveed. When I attended this great sitting about the economic system of Islam, it purified my Islamic thoughts, opening many doors in my mind regarding how Islam is implemented. His words expanded my intellect and for the first time I felt that how easily Islam can end the miseries of the Ummah, making it once again the leading nation, as it was in past as well.

Although I had met many people through various platforms before this sitting, in order to understand Islam and how it is implemented in current time, the way Brother Naveed discussed these matters, presenting Islam in a clear, comprehensive and practical way, was something I had never experienced before. In that event many other people were also present, asking many questions. Naveed answered these questions with a great understanding of Islam, its vision and wisdom. I saw that there was not a single person who had not been satisfied with the answers given to them.

After this presentation I decided that I will attend other events about the systems of Islam as well. Whenever Naveed arranged presentations about Islam on its social system, foreign policy, judiciary and ruling system, he always invited me. The more I became part of these sittings, the more I became aware of Islam, convinced by the manner of conversation and the depth and breadth of Naveed’s arguments. His answers always satisfied the intellect, as he analyzed reality and connects it with Shari’ evidences to get the true understanding of a reality. His command on current affairs and understanding of local and international politics also gave weight to his arguments. He did not answer in a way that was hypothetical, based on someone’s imagination. Instead, he explained the capability of the Ummah and the resources it possessed. He then gave an answer which was practical and connected with Islam. That is why all those people who were attached with Naveed with regard to the call of Islam’s system of Khilafah, all respect Naveed greatly, including traders, lawyers, Ulema, journalists and politicians amongst others. Today whenever I think about his manner of presenting Islam, an Ayah of Surah An-Nahl comes to my mind, in which Allah (swt) said, اُدۡعُ اِلى سَبِيۡلِ رَبِّكَ بِالۡحِكۡمَةِ وَالۡمَوۡعِظَةِ الۡحَسَنَةِ‌ وَجَادِلۡهُمۡ بِالَّتِىۡ هِىَ اَحۡسَنُ‌ “(O Prophet), call to the way of your Lord with wisdom and goodly exhortation, and reason with them in the best manner possible.” [Al-Nahl, 16:125].

I could not spend much time with Naveed but whenever I met him, I always learned a lot. He explained in detail that Islam is not merely a religion confined to worship, creeds and rituals alone. He underlined that Islam is a spiritual and political creed. He elaborated how Islam regards the importance of politics to manage the interests of the people, according to the commands of Islam, so that humanity can live in the worship of Allah (swt). Naveed was an engineer by profession and when I came to know that he sacrificed his marvelous career, so that he can spend most of his time and capabilities for the establishment of the Deen of Allah (swt) and its state, the Khilafah, his respect and stature increased manifolds in my sight. He knew that the path he is following is full of troubles, tests and sacrifices, but like any strong believer, he faced them to get closer to his Creator, Allah (swt). Being a Spokesman of Hizb ut Tahrir, he was under constant threat by intelligence agencies, following the commands of treacherous rulers and colonialists, yet, he never halted his endeavor and continued to fulfil the command of accounting the rulers by enjoining the good and forbidding the evil.

I remember 12 May 2012 clearly for it was the day when I received the sad news that he was abducted, in the presence of his children, just outside of his home. His only crime was that he peacefully called for the establishment of the Khilafah, ruling by the Quran and Sunnah, and accounted the current colonialist system and agent rulers. I still think of those people who abducted him or ordered his abduction. I wonder how they will face Allah (swt) on Judgment Day, as these abductors have not freed him even after eight years of abduction, separating him from his patient and respectable family. Have they not read the Ayah of Allah (swt), اِنَّ الَّذِيۡنَ فَتَنُوۡا الۡمُؤۡمِنِيۡنَ وَالۡمُؤۡمِنٰتِ ثُمَّ لَمۡ يَتُوۡبُوۡا فَلَهُمۡ عَذَابُ جَهَنَّمَ وَلَهُمۡ عَذَابُ الۡحَرِيۡقِؕ “Surely those who tormented the believing men and the believing women and then did not repent, theirs shall be the chastisement of Hell, and theirs shall be the chastisement of burning.” [Al-Buruj, 85:10]? Have they read, but have yet to understand?!

Maybe these abductors also do not know that Allah (swt) has promised the return of Islam in ruling and the Messenger of Allah ﷺ gave glad tidings of the return of the Khilafah. It is their misfortune that they are acting as agents of the kuffar to prevent the re-establishment of the Khilafah. How can these agents prevent the return of Islam in authority, whose return is promised by Allah (swt), the Creator and Sustainer of the entire universe? Surely Allah (swt) will perfect His Light. Naveed is among those people who are dearer to Allah (swt) Ahmad reported via Mus’ab b. Sa’d from his father who said: I said: O Messenger of Allah ﷺ, “which people are tested most?” He ﷺ replied,«الْأَنْبِيَاءُ ثُمَّ الصَّالِحُونَ ثُمَّ الْأَمْثَلُ فَالْأَمْثَلُ مِنْ النَّاسِ يُبْتَلَى الرَّجُلُ عَلَى حَسَبِ دِينِهِ فَإِنْ كَانَ فِي دِينِهِ صَلَابَةٌ زِيدَ فِي بَلَائِهِ وَإِنْ كَانَ فِي دِينِهِ رِقَّةٌ خُفِّفَ عَنْهُ وَمَا يَزَالُ الْبَلَاءُ بِالْعَبْدِ حَتَّى يَمْشِيَ عَلَى ظَهْرِ الْأَرْضِ لَيْسَ عَلَيْهِ خَطِيئَةٌ» “The Prophets come first, then the righteous, then the next best, then the next best of people. A man will be tested on account of his adherence to the Deen. If he is strong in his commitment, he will be more sorely tested, and if there is some weakness in his commitment the test will be lightened for him. A man will continue to be tested until he walks upon the face of the earth with no sin on him.”

It true to say that Brother Naveed, provided energy, with tireless efforts and great sacrifices, to the call for establishing Khilafah in Pakistan. Now this call has become a powerful call. In the end I pray to Allah (swt) that He (swt) secures Naveed’s release from the shackles of the oppressors, so that Naveed and his family are granted the comfort that they deserve.