Hizb ut Tahrir / Wilayah Turkey organized an economic conference in the educational center in the city of Tatvan in Bitlis province, entitled “The Islamic Solution to the Economic Crisis” coinciding with the 101 anniversary of the destruction of the Khilafah on the 28 of Rajab 1342 AH.

Speakers included: Muhammad Emin Çimen (Official of Koklu Degisim Magazine in Bitlis Province), Muhammad Hanefi Yağmur (Islamic Economics Expert), in which his speech was entitled, “The Islamic Solution to the Economic Crisis” that Turkey is facing. The 10 points that were addressed were Inflation and the Cost of Life, Industry Sector, Industrial Policy and What Should Be Done, Revitalizing Agriculture and Livestock, Providing Employment and Reducing Unemployment, Injustice in Income Distribution, A Tax-Free Economy, Painful Bills, Stimulating Trade, Protection of Public Property and Savings. The titles of Measures, International Institutions and Cancellation of Agreements. 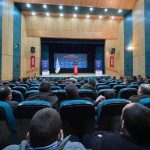 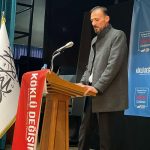 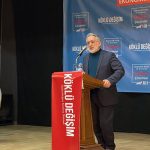 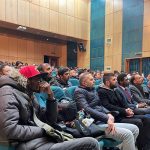 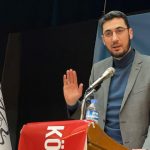 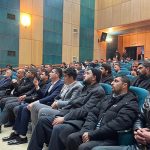 After a video was presented where Abdullah İmamoğlu (Imam and Lecturer) gave a speech entitled, “The Application of Islamic Solutions” where he touched upon the solutions of the Islamic economic system and how it will be applied. He reminded Muslims that Islam called on good morals and brought Islamic solutions to the economic problems that was applied over the course of 13 centuries.

The conference concluded by praying to Allah (swt) as one heart to see and live together under the establishment of the rightly guided Khilafah state, which implement this system.