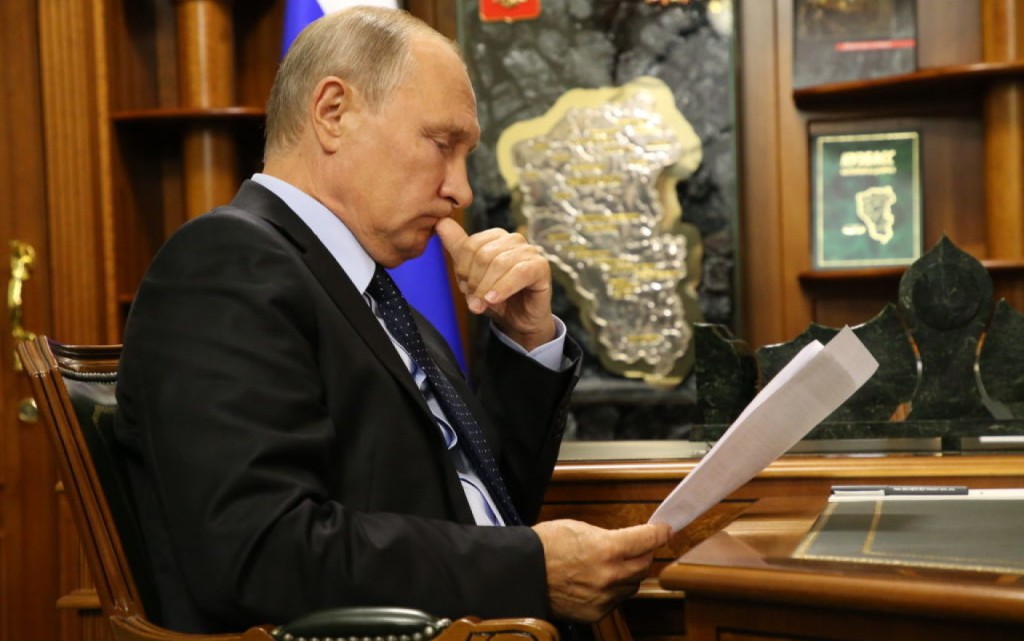 Russian President Vladimir Putin on February 20, 2020 at the annual expanded meeting of the FSB board said:

“The system of counteracting extremism should become more flexible and modern. It is important to rely on the support and trust of society here. I look forward to hearing from you to promptly suppress all calls for aggression and violence. Any manifestations of nationalism and religious hatred must be suppressed.”

According to Putin, “it is necessary to work with people of different generations, including, of course, with youth”, “together with public associations and the media it is necessary to persistently create an atmosphere of rejection of radicalism in all its forms and manifestations, clearly and explicitly understand its destructive danger for our statehood, for the stable development of the Russian Federation.”

And on the same day in the evening, the Tatarstan FSB Department reported on the detention of the three allegedly suspected of creating a cell of the banned extremist organization “At-Takfir Val-Hijra”:

“Through the staff of the republican structures of the FSB, the Ministry of Internal Affairs and the Russian Guard arrested the leader of the “jihadists” and two active members, carried out searches at four established addresses used by the members of a religious extremist group,” the press service of the Tatarstan UFSB said.

The ministry said that edged weapons, a stun gun and extremist literature, as well as electronic media were seized from the suspects.

The FSB press service said the detainees “planned to commit serious crimes.” Including they were going to criminally raise money to go to Syria.

A criminal case under part 1 and 2 of Art. 282.2 “Organization of the activities of the extremist community” of the Criminal Code of Russia.

The FSB of Russia has been waging war on the so-called “terrorists” and “extremists,” including imprisoning members of Hizb ut Tahrir, who had nothing to do with either weapons or violence. Their only weapon was the word. More recently, the military courts of Russia issued unjust sentences to ten, and then another member of Hizb ut Tahrir, residents of Tatarstan, depriving them of their liberty for a term of 11 to 23 years. And now, again Muslims were found on whom the FSB had labeled “terrorists” and “extremists” in order to “justify” their “significance” and earn medals, ranks, positions, bonuses, and also report to Putin on “work done”. And for these “jihadists”, the most serious “weapon” was the stun gun, and the so-called “extremist” literature. Three “very dangerous” “suspects” were detained “by the joint forces of the FSB, the Ministry of Internal Affairs and the Russian Guard.”

The constant fabrication of criminal cases on charges of terrorism and extremism, the regular tightening of legislation on these articles, and the manipulation of public consciousness through the media-more than anything else- prove that Russia is not fighting any specific Islamic organizations or forces. On the contrary, Russia has serious historical accounts with Islam and Muslims as such, and the Russian authorities consider the fact that Islam remained in the occupied territories only in its own flaw and misunderstanding. However, the colonialists cannot officially ban Islam, as they did before during the time of tsarist Russia and the Soviet regime. That is why the war against the so-called “terrorism and extremism” turned out to be the most convenient excuse for eliminating any factors of the revival of Islam among the colonized Muslim peoples. However, with each new criminal case, with each new fabrication, more and more people are becoming aware of the Kremlin’s plan, and thereby anti-Russian sentiment is becoming a trend in Muslim regions.