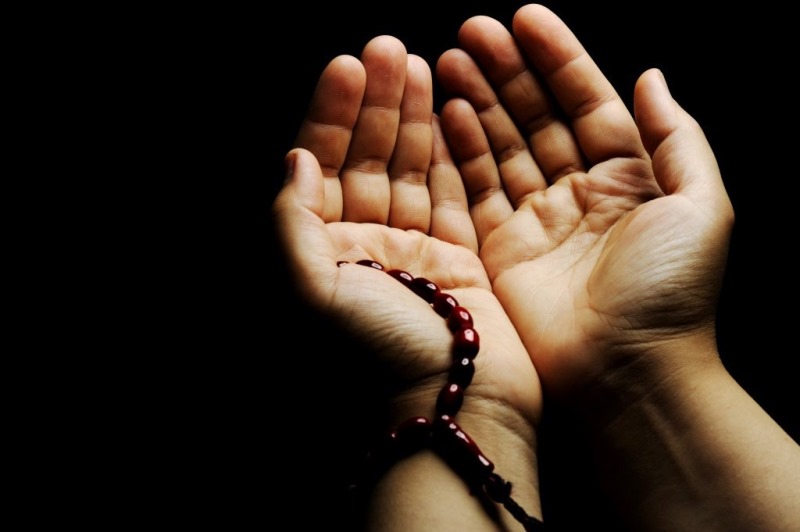 The Sahaba are examples for the Muslims, knowing that they are the ones with who Allah is pleased with and who belong to the Muttaqeen.

“But the Messenger and those who believed with him fought with their wealth and their lives. Those will have [all that is] good, and it is those who are the successful.” (9:88)

They are the ones who taught us what it means to have Taqwa. They are the ones with consciousness of Allah with everything they did. To be able to achieve this level of awareness, they had a good understanding of the rules of Allah. A beautiful example of such a person was Mu’adh ibn Jabal (r.a.).

Prophet Muhammed ﷺ once said about this companion that he was: «أنه أعلم أمتي بالحلال والحرام» “The most learned man of my nation in halal and haram”. He ﷺ was referring to Mu’adh ibn Jabal (ra). the man who was known to resemble the noble Umar Ibn Al-Khattab, the second righteous Khalifah, in his enlightenment, courage and intelligence.

When Rasullulah was looking for teachers who could teach the newly converted Muslims from Yemen, he made Mu’adh ibn Jabal (ra) the Amir of this commission group and asked him the following questions: «كَيْفَ تَقْضِي إِذَا عَرَضَ لَكَ قَضَاءٌ؟»‏.‏ قَالَ: أَقْضِي بِكِتَابِ اللَّهِ.‏ قَالَ: ‏«فَإِنْ لَمْ تَجِدْ فِي كِتَابِ اللَّهِ؟».‏ قَالَ: فَبِسُنَّةِ رَسُولِ اللَّهِ صلى الله عليه وسلم.‏ قَالَ: «فَإِنْ لَمْ تَجِدْ فِي سُنَّةِ رَسُولِ اللَّهِ صلى الله عليه وسلم وَلاَ فِي كِتَابِ اللَّهِ؟»‏.‏ قَالَ: أَجْتَهِدُ رَأْيِي وَلاَ آلُو‏.‏ فَضَرَبَ رَسُولُ اللَّهِ صلى الله عليه وسلم صَدْرَهُ وَقَالَ: «الْحَمْدُ لِلَّهِ الَّذِي وَفَّقَ رَسُولَ رَسُولِ اللَّهِ لِمَا يُرْضِي رَسُولَ اللَّهِ» ‘How will you give a judgment or settle a dispute?’ Mu’adh answered; ‘I will refer to the Qur’an.’ The Prophet then asked, ‘What will you do if you do not find the decree you are looking for in the Qur’an?’ Mu’adh answered, ‘I will refer to the Prophet’s Sunnah.’ The Prophet ﷺ asked, ‘But what will you do if you do not find a decree even in the Sunnah?’ Mu’adh readily answered, ‘I will be the judge between mankind by resorting to juristic reasoning (ijtihaad) to the best of my power.’ The Prophet was pleased with his reply and said: “praise be to Allah Who has guided the messenger of the Prophet to that which pleased the Prophet.”

Was Mu’adh actually describing our time, where the reciters may be many but the implementers few?

In the blessed month of Ramadhan we see that the Muslims make great effort to make the reading of the Quran their focus. Many will go to the mosque and attend the taraweeh prayer and do their utmost best to complete reciting the whole of the Quran, memorise and listen to it.

However, is this solely what needs to be done when comparing it to both stories and the statements of Mu’adh? His first answers to the questions given to our Prophet ﷺ and with which he was pleased? Does this behaviour that we show means that we will from now on refer to the Quran when in need of a judgement concerning our actions or disputes? Or are we still at danger to belong to the group of people from which the implementers of the Quran are few. “Laa hawla wa laa quwwata illa Billaah”

When looking at the behaviour of the Sahaba when the Quran was revealed, not only did they spend their time memorising the verses, it changed their way of thinking, their way of behaving and in time, it changed the reality around them by changing society at large.

Now when taking a look at the dire situation of the Ummah world-wide, aren’t we in need of correct judgement regarding the many disputes and do we refer to the Quran and the Sunnah when dealing with these issues like Mu’adh was praised for?

Let’s look at this obligation regarding just one of the major crimes happening now in the Muslim wold.

–   The spilling of the blood of the innocent children of Yemen at the hands of their “Muslim” brothers. Let us do as Mu’adh would do and look at this issue through the Quran and Sunnah.

Allah (swt) says on this matter in the Quran: مِنْ أَجْلِ ذَٰلِكَ كَتَبْنَا عَلَىٰ بَنِي إِسْرَائِيلَ أَنَّهُ مَن قَتَلَ نَفْسًا بِغَيْرِ نَفْسٍ أَوْ فَسَادٍ فِي الْأَرْضِ فَكَأَنَّمَا قَتَلَ النَّاسَ جَمِيعًا وَمَنْ أَحْيَاهَا فَكَأَنَّمَا أَحْيَا النَّاسَ جَمِيعًا وَلَقَدْ جَاءَتْهُمْ رُسُلُنَا بِالْبَيِّنَاتِ ثُمَّ إِنَّ كَثِيرًا مِّنْهُم بَعْدَ ذَٰلِكَ فِي الْأَرْضِ لَمُسْرِفُونَ “Because of that, We decreed upon the Children of Israel that whoever kills a person not in retaliation of murder, or (and) to spread mischief in the land, it would be as if he killed all mankind, and if anyone saved a life, it would be as if he saved the life of all mankind. And indeed, there came to them Our Messengers with clear proofs, evidences and signs, even then after that many of them continued to exceed the limits” (5:32)

The Prophet ﷺ taught us on this matter in his Sunnah: «لهدم الكعبة حجرا حجرا أهون عند الله من سفك دم امرئ مسلم» “Verily the destruction of the Ka’bah, rock by rock, is lighter to Allah than the spilling of the blood of a Muslim”.

Shouldn’t every inheritor of the Prophet, the Ulamaa, now speak out on this matter? Isn’t speaking the word of truth to the rulers of the family of Saud now what has become a compulsion? Isn’t it this what is meant by implementing the rules from the Quran? And when the Ummah sees that the situation is not changing, isn’t it upon all of us to stand against this oppression and to contemplate what is necessary to change this reality?

Let us make this month of Ramadhan, not only the month of worship through fasting, prayer and the recitation of Qur’an. But let this be the month we think about ways to implement the entire Quran in our lives. We will then realise that the reason why the Sahaba were able to understand and implement the entire Quran was through the coming of the Khilafah (Caliphate) upon the method of the Prophethood.

Member of the Central Media Office of Hizb ut tahrir