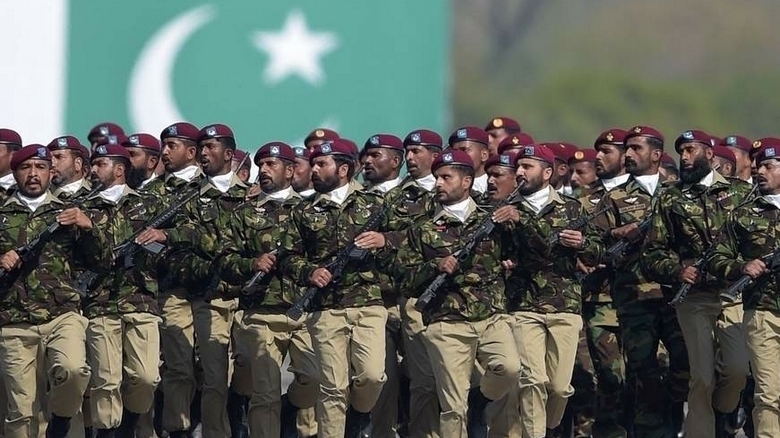 Rather than halting the rapidly advancing tyrant Modi in his oppression, by mobilizing Pakistan’s armed forces immediately into Occupied Kashmir, Imran Khan instead adopted a wait-and-see, defensive posture over Azad (Liberated) Kashmir. On 14 August 2019, Imran Khan stated, “To shift the world’s focus away from occupied Kashmir, they (the Indians) want to take action in AJK (Azad Jammu Kashmir).” RasulAllah (saaw) said,

“And he who believes in Allah and the Last Day, must speak good or remain silent.”
[Al-Bukhari and Muslim].

Indeed, defense and restraint before an aggressor only encourages more aggression. At a time when Modi is actively consolidating his hegemony in Occupied Kashmir by spilling blood and violating sanctities, Imran Khan’s defensive posture is simply buying Modi more time to strengthen his foothold for strikes against Pakistan. Now is the time to strike Modi with a jaw breaking response from the lions of Pakistan’s armed forces, which will reinforce the patient and resilient resistance in Occupied Kashmir and finally force out the cowardly Hindu forces.

O Muslims of Pakistan! It is the Bajwa-Imran regime’s policy of restraint and defense that has led to the advance of the tyrant Modi in Occupied Kashmir. The regime appealed to Modi for dialogue before the Indian elections, exercised restraint before his repeated violations of the Line of Control after elections, joined in his chorus of denouncing the resistance in Kashmir as “terrorism”, fell in line with his demands to starve the resistance of financial support and now the regime does not respond to Modi’s current aggression with force, resorting instead to remaining idle in anticipation of further aggression. Certainly, more defense and restraint will only further strengthen the hands of the enemy.

“And kill them wherever you overtake them and expel them from wherever they have expelled you, and fitnah is worse than killing.”
[Surah Al-Baqarah 2: 191].

You are fully capable of expelling Modi’s forces from Occupied Kashmir before Modi rises to his full height in Fitnah. Enough of a leadership of procrastination and restraint, when action is the demand of the day. Enough of a leadership that cries to the colonialists about the advancing enemy, when the colonialists are the foremost in enmity to Islam and Muslims and firm allies of the Hindu Mushrikeen. Grant the Nussrah now to Hizb ut Tahrir for the re-establishment of the Khilafah on the Method of Prophethood, so that you are led in battle by a Khaleefah e Rashid, earning victory by your blood, fire and steel, earning the Duaa of the believers and earning your place amongst the Prophets (as), righteous and martyrs in Al-Firdaus. Allah (swt) said,

“If Allah helps you, there is none to overcome you. And if He abandons you, then, who is there to help you after that? In Allah the believers should place their trust.”
[Surah Aal-Imran 3: 160]