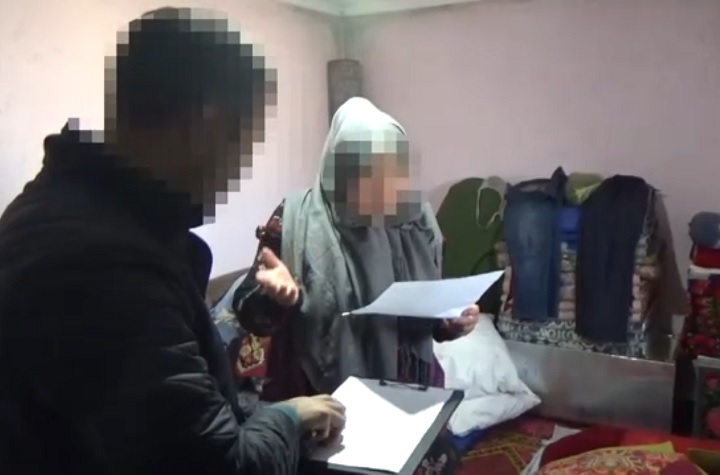 So, on April 1, 2022, as part of the materials of pre-trial proceedings registered on the grounds of a crime under Art. 331 (Creation and financing of an extremist organization) of the Criminal Code of the Kyrgyz Republic, on the basis of the sanction of the investigating judge of the Pervomaisky District Court of Bishkek, search activities were carried out at the places of residence of active members of the Hizb-ut-Tahrir banned in the Kyrgyz Republic. Based on the results of operational and investigative measures, religious literature was found and confiscated.

Comment:
On the eve of the holy month of Ramadan, security forces broke into the homes of about 10 Muslim women in the country, conducting searches and arrests. The criminal authorities of the country, disregarding the culture and traditions of their people, to please their masters, ruthlessly persecute Muslim women even on the holy days of Ramadan.

The last decades were marked by the awakening of Islam in Kyrgyzstan. A significant contribution to this development of Islam was made by the Muslim women of the country, in particular the chaste sisters of the Islamic call. The fearless sisters, despite the oppression of tyrants, along with their husbands, brothers, fathers and sons, are actively calling for the resumption of the Islamic way of life.

The criminal government, that is carrying rotten ideas about democracy and freedom of speech, losing the ideological struggle to the Muslims of the country, and in particular to the sisters carrying the Islamic call, under the fictitious pretexts of terrorism and extremism, pursues the sisters by searching their homes and arresting them.

But no matter how much the criminal authorities try to stop the spread of Islam in the country, the Muslims of the country, in particular the sister bearers of the call, each time gets up from their knees, and with the desire to achieve the pleasure of Allah, with even greater strength and perseverance, works on the revival of the Islamic way of life according to the method prophecies. Allah Almighty said in His Noble Book:

“They want to extinguish the light of Allah with their mouths, but Allah refuses except to perfect His light, although the disbelievers dislike it.” [TMQ 9:32]