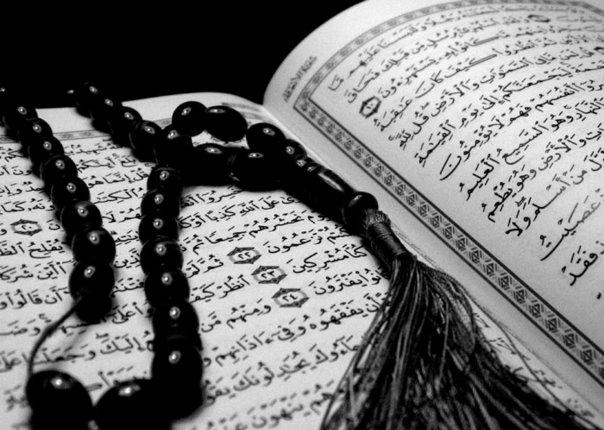 From the Book, Introduction to the Tafseer of the Quran,

146. Those to whom We gave the Book (Jews and Christians) recognise him (Muhammad) as they recognize their sons. But verily, a party of them conceal the truth while they know it i.e., the descriptions of Muhammad which are written in the Tawrah and the Injil.

147. This is the truth from your Lord. So be you not one of those who doubt.

148. For every nation there is a direction to which they face (in their prayers). So hasten towards all that is good. Wheresoever you may be, Allah will bring you together (on the Day of Resurrection). Truly, Allah is able to do all things.)

149. And from wheresoever you start forth (for prayers), turn your face in the direction of Al-Masjid Al-Haram (at Makkah), that is indeed the truth from your Lord. And Allah is not unaware of what you do.

150. And from wheresoever you start forth (for prayers), turn your face in the direction of Al-Masjid Al-Haram (at Makkah), and wheresoever you are, turn your faces towards it (when you pray) so that men may have no argument against you except those of them that are oppressors, so fear them not, but fear Me! And so that I may complete My blessings on you and that you may be guided.”

Allah سبحانه وتعالى clarifies in these Ayaat the following:

1. The Jewish rabbis and the Christian priests know that Muhammad ﷺ is the Prophet promised in their Books. They know that as surely as they know their own sons. However, a group of them conceal the truth, through stubbornness and obstinacy.آتَيْنَاهُمْ الْكِتَابَ “Those to whom We gave the Book” means their rabbis and their priests i.e. their scholars with the Contextualization (قرينة Qareenah) of يَعْرِفُونَهُ “they know him” because knowing is confirmed by what is in their books. This is a Contextualization about what is meant by .آتَيْنَاهُمْ الْكِتَابَ “Those to whom We gave the Book”. Those that know of him are their scholars, for these have real knowledge, whereas their public have knowledge by imitation of their rabbis and their priests.

2. Here Allah سبحانه وتعالى mentions in an address to RasulAllah ﷺ that what they conceal is the Truth from your Lord i.e. of they know of you as they know their children – and this is what they conceal – though it is the truth from your Lord. So continue with this Truth because they disbelieve in you through stubbornness and obstinacy, not because they do not know of you, for this is established in their Books.

As for فَلاَ تَكُونَنَّ مِنْ الْمُمْتَرِينَ “So be you not one of those who doubt” which continues on from your being a non-doubter and that is because Forbidding (نهي Na’hee) from a matter linguistically does not at all mean that its possessor is so. This means the continuity of the state that he was in, for the sake of affirmation and confirmation. So, if it is said to the learned “Do not be illiterate” this means that you have confirmed that he continues in being learned. It does not mean that he is illiterate and so you are inviting him to learn.

أَيْنَ مَا تَكُونُوا يَأْتِ بِكُمْ اللَّهُ جَمِيعًا “Wheresoever you may be, Allah will bring you together” “Where” is the case of locality implying the meaning of condition, تَكُونُوا يَأْتِ “you may be, Allah will bring” is the action of obliging the condition with the meaning that Allah brings you from any place whatsoever in which you are and He is not incapable of anything.

4. Then Allah swt confirms in the last two verses to face the new Qiblah – Al-Bayt ul-Haram – during residence and travel.

As for وَحَيْثُ مَا كُنتُمْ “Wheresoever you may be” and وَمِنْ حَيْثُ خَرَجْتَ “And from wheresoever you start forth” this repeated confirmation is to remove what effect there could be in the soul through abrogation of the First Qiblah after Salah towards it for a time, so it reassures the should and directs it to wherein is the command of Allah سبحانه وتعالى and you know that it is the Truth right and that Allah swt compensate for every act. Thus, He سبحانه وتعالى is not neglectful on anything rather he takes account of everythingيَوْمَ تَجِدُ كُلُّ نَفْسٍ مَا عَمِلَتْ مِنْ خَيْرٍ مُحْضَرًا وَمَا عَمِلَتْ مِنْ سُوءٍ تَوَدُّ لَوْ أَنَّ بَيْنَهَا وَبَيْنَهُ أَمَدًا بَعِيدًا “The Day every soul will find what it has done of good present [before it] and what it has done of evil, it will wish that between itself and that [evil] was a great distance.” [Surah Aali-Imran 3: 30]. Thus Allah سبحانه وتعالى does not overlook any thing. وَمَا اللَّهُ بِغَافِلٍ عَمَّا تَعْمَلُونَ “And Allah is not unaware of what you do” [Surah Al-Baqarah 2:74]

5. As we stated regarding the previous Ayah قَدْ نَرَى تَقَلُّبَ وَجْهِكَ فِي السَّمَاءِ [Surah 2:144]. RasulAllah ﷺ made Dua to Allah سبحانه وتعالى that he directed him to face the Kaaba instead of Baytul Maqdis to eradicate the effects of the Arab mushrikeen, particularly the people of Makkah, and the false pretentions of the Jews. The Arabs had been saying that this Prophet contradicts the Qiblah of both his father Abraham and his people. The Jews were saying that the promised Prophet accepted the Kaaba and not Baytul Maqdis. Allah سبحانه وتعالى accepted the Dua of His Messenger ﷺ and made the Kaaba the Qiblah فَلَنُوَلِّيَنَّكَ قِبْلَةً تَرْضَاهَا “Surely, We shall turn you to a Qiblah (prayer direction) that shall please you” [Surah Al-Baqarah 2:144].

Allah سبحانه وتعالى obliged the First Qiblah towards Baytul Maqdis and then after some years made the Kaaba as the Qiblah, according to the wisdom that Allah سبحانه وتعالى knows. It is possible that we can see something of the wisdom from reflecting upon these noble verses, particularly وَمَا جَعَلْنَا الْقِبْلَةَ الَّتِي كُنتَ عَلَيْهَا إِلاَّ لِنَعْلَمَ مَنْ يَتَّبِعُ الرَّسُولَ مِمَّنْ يَنقَلِبُ عَلَى عَقِبَيْهِ “We made the Qiblah which you used to face, only so We know those who followed the Messenger (Muhammad) from those who would turn on their heels” [Surah al-Baqarah 2:143] as well as the Ayah لِئَلاَّ يَكُونَ لِلنَّاسِ عَلَيْكُمْ حُجَّةٌ إِلاَّ الَّذِينَ ظَلَمُوا مِنْهُمْ “so that men may have no argument against you except those of them that are oppressors.” Thus, we notice from reflecting upon these two Ayahs, two matters from this wisdom.

And this is the first matter we notice of the wisdom.

As for the second matter, it is to show the reality of those words of the disbelievers from the mushrikeen and the Jews, that they are saying nothing but controversy and stubbornness, and not appealing to Truth, as evidenced by their continued fabrications even after the change to the Kaaba. This is mentioned in the Ayahلِئَلاَّ يَكُونَ لِلنَّاسِ عَلَيْكُمْ حُجَّةٌ إِلاَّ الَّذِينَ ظَلَمُوا مِنْهُمْ “so that men may have no argument against you except those of them that are oppressors.”  These oppressors from the Jews and the Arab mushrikeen who brought the first false pretentions went back to searching for other flimsy arguments in downright stubbornness. So the Jews went back after the change in Qiblah to sayingما تحول للكعبة إلا ميلاً لدين قومه وحباً لبلده وليس طاعةً لربه “Nothing brought the change towards the Kaaba but inclination to the religion of his people and the love for his land and not obedience to his Lord.” And the Arabs went back to saying إنه علم أن قبلته الأولى خطأ وها هو عاد إلى قبلة آبائه “Inded he that his first Qiblah is a mistake and we went back to the Qiblah of his fathers.”

These are the aspects of the wisdom that we notice upon reflecting on the Ayaat of changing the Qiblah from Baytul Maqdis to the Kaaba and the other great aspects are in the knowledge of Allah سبحانه وتعالى.

And الظالمون “The oppressors” are the ones who are putting things out of place, so accordingly they are arguing without an affirmative argument, only for the sake or prolonging argument and quarrel. Argument (حجة Hujjah) is the name given to all that conveys adversarial disagreement in the way of argument, whether the argument is valid or invalid as in the saying of Allah سبحانه وتعالى وَالَّذِينَ يُحَاجُّونَ فِي اللَّهِ مِنْ بَعْدِ مَا اسْتُجِيبَ لَهُ حُجَّتُهُمْ دَاحِضَةٌ عِنْدَ رَبِّهِمْ وَعَلَيْهِمْ غَضَبٌ وَلَهُمْ عَذَابٌ شَدِيدٌ “And those who argue concerning Allah after He has been responded to – their argument is invalid with their Lord, and upon them is [His] wrath, and for them is a severe punishment.” [Surah ash-Shura 42:16] and similarly in the saying of Allah سبحانه وتعالى يَا أَهْلَ الْكِتَابِ لِمَ تُحَاجُّونَ فِي إِبْرَاهِيمَ وَمَا أُنْزِلَتْ التَّوْرَاةُ وَالإِنجِيلُ إِلاَّ مِنْ بَعْدِهِ أَفَلاَ تَعْقِلُونَ “O People of the Scripture, why do you argue about Abraham while the Torah and the Gospel were not revealed until after him? Then will you not reason?” [Surah Aali Imran 3:65] so their flimsy speech was admitted within the ambit of argument because they conveyed it in the way of argument.

Then Allah سبحانه وتعالى concluded by saying that we must not be afraid of those who are looking for flimsy arguments to convey in rigid stubbornness, rather we must fear Allah سبحانه وتعالى alone for He is the master of virtue and grace. So we have put on the Clear Truth on both our Deen and our Qiblah and He سبحانه وتعالى silenced the tongues speaking against Islam and its Qiblah and He completed His grace on us and guided us to the right path وَلِأَتِمَّ نِعْمَتِي عَلَيْكُمْ وَلَعَلَّكُمْ تَهْتَدُونَ “And so that I may complete My blessings on you and that you may be guided.”