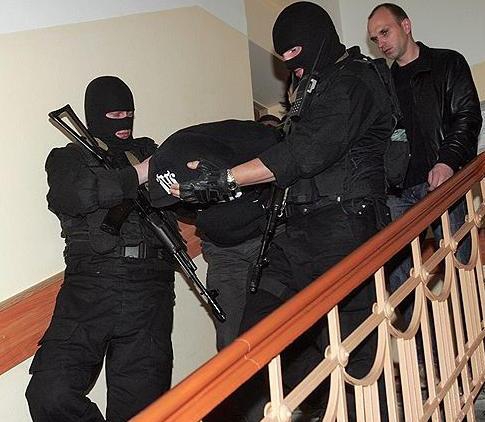 Without drawing the attention of the media, the security services in Tatarstan and Bashkiria carried out massive raids and arrests of Muslims because of their suspected involvement in the work of Hizb ut Tahrir. In total, more than 20 raids and arrests were carried out in Kazan, Sibai and Bayamak on the 6th and 7th June.

As a result of these arrests, in Tatarstan, a charge was made according to Article 205, Section 5, Part 1 of the Criminal Code of the Russian Federation (organizing activities of a terrorist organization), against each of Zinatov Ilnar (born in 1983) and Tulipakov Marat  (born in 1979). In Bashkiria, according to the same article, Sagadiev Ennor, Sinbayev Shawkat and Janashev Enaz, were placed under house arrest, and to date the whereabouts of Karaspaev Rustam have yet to be known. The remaining detainees were released without charge.

The Russian Federal Security service collaborators in Bashkiria and Tatarstan carried out this campaign almost simultaneously and then moved on to fabricate criminal charges against the suspects that they are members of Hizb ut Tahrir.

This concurrent act in the neighboring republics can be explained that on May 16, the Secretary General of the Russian Security Council, Nikolai Patrushev, visited the city of Kazan, where he held an urgent meeting with the President of the Federal District of Privolzhsky and federal officials on the issue of “terrorism and extremism”. Regardless of the fact that the reports were under ‘confidential’, the outcome of this meeting seems to have to endorse other articles to combat ‘terrorism’ in the Criminal Code. That is, the arrest of Muslims in the republics of Volga region are completed according to the plan approved to combat what is described as ‘terrorism’, it is not the commission of a crime of a terrorist nature.

The only basis for fabricating charges against members of Hizb ut Tahrir remains as it was before, which was not justified by the Supreme Court in 2003, where Hizb ut Tahrir was placed on the list of terrorist organizations, and therefore, the conduct of the security services can only be called violence and persecution for reasons of belief.