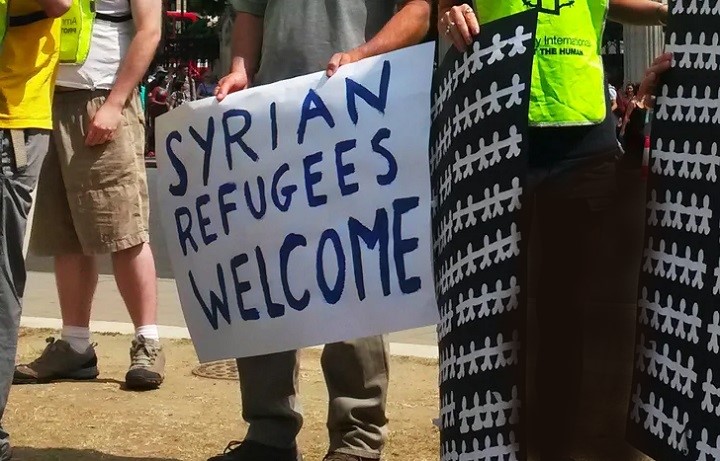 Amnesty International documented in a report issued on 7/9/2021 under the title “You are going to die” that Syrian refugees who returned to their country were subjected to torture, arrest and enforced disappearance at the hands of the Syrian security and intelligence forces. According to the report, horrific violations were committed against 66 refugees, including 13 children who returned to Syria from 2017 until the spring of this year from several countries, most notably Lebanon, France, Germany, Turkey and the Rukban camp on the Syrian-Jordanian border. Torture and violations led to the death of 5 in custody, and the organisation also documented “14 cases of sexual violence committed by the security forces, including 7 cases of rape of 5 women, a teenager and a five-year-old girl.”

The chilling information and testimonies contained in this report reflect a picture of the crimes of Bashar and his shabiha (state militias) who translate the slogan “Assad or we burn the country” on the ground. He caused massive damage to infrastructure and homes, and even mosques were not spared from this crime, and displaced millions of refugees who fled his tyranny and oppression to face the greed and brutality of human traffickers, and the negligence and conspiracy of neighbouring countries that closed the borders in their face. Even those who were allowed to enter lived in camps that lacked the minimum necessities of life; some of which were called death camps as in Jordan. This made some think of returning to the hell of the tyrant of Al-Sham. All this is alongside the campaigns of incitement and racism that these refugees are exposed to in Europe as in Denmark, Germany and in some neighbouring countries, such as Turkey and Lebanon; some of which amounted to a demand for the forcible deportation of Syrian refugees to their countries, and to blame them for the economic problems and crises that these countries are going through. Thus, they demand that the victim be sent to the executioner, as the returnees are going to die, as described by the report.

Bashar and his shabiha think that Syria belongs to them and their families, and everyone who raises his voice in the face of their oppression and corruption descends upon him his anger and his criminality without distinguishing between a man or a woman and between old or young, even children, some of whom are still infants. Even women are not safe from this oppression and criminality, whether those who remain among them In Syria or those who were returned to it. The Amnesty International report stated, “But what is remarkable is the presence of 13 children aged between 3 weeks and 17 years, in addition to 15 women.”, pointing out that “what is more shocking is that the number of children and women is half of the sample that includes 66 people about whom the report talks about, after documenting their condition, meaning that the regime does not discriminate, and this means that even if a woman returns to Syria, the Syrian regime subjects her to the same policies.” Where are the advocates of women’s and children’s rights from this brutality and criminality?!

The people of Syria are waiting for someone to save them from this oppression and crime, such that he sells himself to Allah as the Ansar sold themselves when they embraced the call of Islam and supported the Messenger of Allah, peace be upon him. They do not hope for any good from those who sold themselves and their religion in exchange for a worldly offer from a few leaders, parties and factions, nor from those who conspired against them and were a “guarantor” of the interests of the regime and plotted against them and their revolution. It is a call to every sincere person amongst the people of strength and power before there comes a day when neither money nor children will benefit, a day when those who were followed will renounce those who followed, to be supporters of Allah (swt), and win the glory of this world and the hereafter.

“O believers! Respond to Allah and His Messenger when he calls you to that which gives you life. And know that Allah stands between a person and their heart, and that to Him you will all be gathered.” [TMQ 8:24]