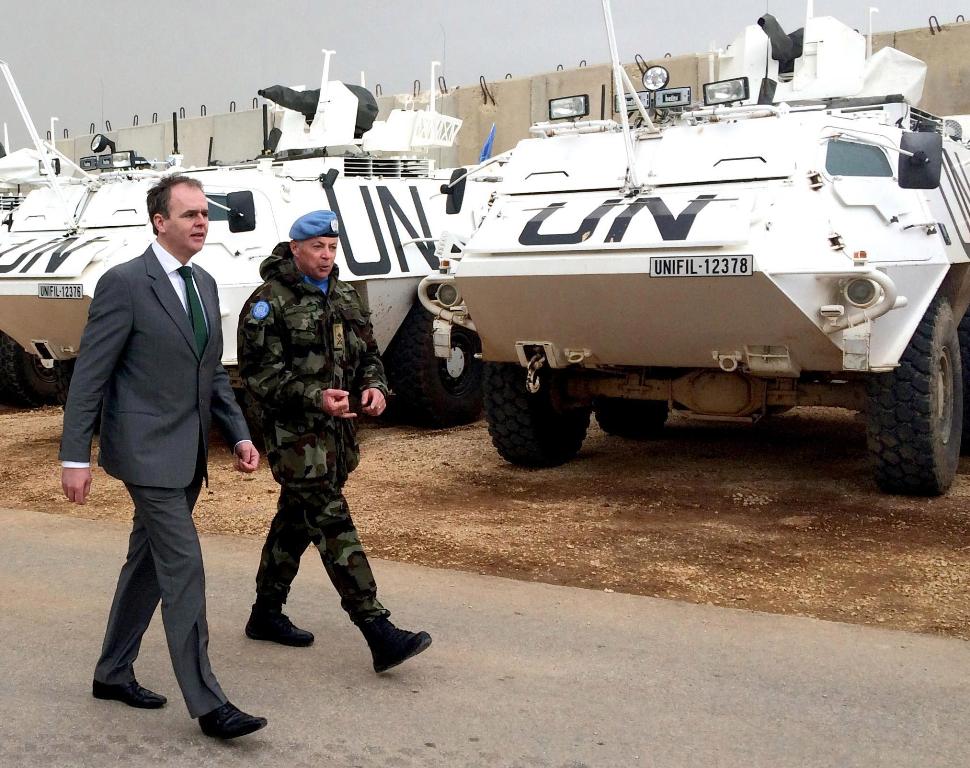 The Srebrenica genocide was a horrific tragedy in human history. The genocide took place in towns that the Security Council had identified as safe areas, but then refused to authorize enough troops to defend. As a result, over 8,000 ethnic Bosnian men and boys were slaughtered during a week of brutality, which could have been prevented.

This month marks its 25th anniversary.

The UN says that this was a “damaging symbol” which pointed to the failure of the United Nations. They say that they began to take the ‘Responsibility to Protect’ more seriously after the horrors that took place in the 1990’s.

The UN has plenty of excuses for the atrocities that take place in these areas; political instability, divisions amongst the Member States, a lack of resources.

These excuses have created a situation where Muslims across the world are being slaughtered and killed, where they lack basic aid and are living in horrific circumstances.

Despite this reality, they confidently say that “The world looks to us here at the United Nations and to the UN Security Council and expects us to uphold that right and to meet those aspirations. That is our shared responsibility today. And it is how we can best pay homage to the victims of Srebrenica.” (Statement by the UN Deputy Secretary-General Jan Eliasson in 2015)

They say that paying homage to the victims of Srebrenica by sending in peacekeepers who apparently play a role in strengthening prevention efforts, enforcing the responsibility to protect those in danger and enforcing the right of all people to live in “peace and dignity.” Protecting the citizens in a country is a “priority”.

At this point, with the UN’s track record of protecting our peace and dignity, we need to look at the reality of peacekeepers and their ‘protection’.

The UN Peacekeepers and their role:

The UN peacekeepers or ‘blue helmets’ are deployed by the UN Security Council. While the organization doesn’t have a standing army or police force of its own, Member States are asked to contribute military and police personnel required for each operation. According to the UN, “When the peacekeepers serve under the United Nations they are united by a commitment to maintain or restore world peace and security. They share a common purpose to protect the most vulnerable and provide support to countries in transition from conflict to peace.”

Apparently, they are expected to “adhere to the highest standards of behaviour and conduct themselves in a professional and disciplined manner” when they are called upon to “to maintain peace and security, to facilitate the political process, protect civilians, assist in the disarmament, demobilization and reintegration of former combatants; support the organization of elections, protect and promote human rights and assist in restoring the rule of law.”

The peacekeepers commit the atrocities:

“Peacekeepers are now regularly provided with robust mandates to protect civilians. They are often authorized to use all necessary means in defence of populations.” (Statement by the UN Deputy Secretary-General Jan Eliasson in 2015)

Some of the headlines about the UN peacekeepers include:

“U.N. peacekeepers fathered, then abandoned, hundreds of children in Haiti, report says”
“Members of a U.N. peacekeeping force in the Central African Republic allegedly turned to sexual predation, betraying their duty to protect”

This is a disturbing truth, made more horrific by the fact that they aren’t isolated incidents. There is a frequency in the sexual exploitation and abuse that’s committed by troops and civilian personnel participating during the so-called peacekeeping missions, which can’t be ignored. There have been numerous reports of U.N. personnel committing serious crimes and sexual misconduct, from rape to the forced prostitution of women and young girls in Bosnia, Burundi, Cambodia, Congo, the Democratic Republic of Congo, Guinea, Haiti, Kosovo, Liberia, Sierra Leone, and Sudan. There are also reports that the peacekeepers sexually exploit the women and girls.

These aren’t old or isolated incidents. They are apart of a systematic problem that exists today.

As shown in a CNN report, the UN Personnel forced “women and children to have sex in exchange for food, have trafficked women into U.N. missions and systematically raped them, and have committed other egregious acts of sexual violence”. In CAR and the Democratic Republic of Congo, they exchanged food or money (in some cases, as little as two eggs or US$4) for sexual exploitation of girls as young as 12 and 14.

A recent investigation by the Associated Press (AP) revealed that in 10 years, “the United Nations received almost 2,000 allegations of sexual exploitation and abuse against its peacekeepers”. In CAR, UN peacekeepers ‘have been formally accused of sexually abusing or exploiting 42 local civilians, most of them underage girls. Only one criminal charge has been filed.’ (Washington Post)

“Since 2015, there have been 83 allegations of sexual exploitation and abuse in the country. The allegations concern some 177 UN peacekeepers and 255 survivors. To date, just five of the accused have been jailed”. (Al Jazeera)

In Haiti, the UN peacekeepers were sent to Haiti to restore order. Instead they brought cholera to the region, killing and infecting thousands of citizens, and sexually abused the women and girls. According to the Human Rights Watch, “The women were poor to begin with and find themselves even worse off now. Of the 2,500 community members interviewed by the researchers about living in towns with peacekeepers, 10 percent raised – without prompting – the issue of children fathered by the soldiers”.

Now in 2019, the UN has reported that they’ve “received 38 allegations of sexual exploitation and abuse (SEA) involving UN personnel, including civilian and uniformed personnel from peacekeeping operations, as well as those from agencies, funds and programmes”.

The result? There is no protection

The UN says that they’ve adopted stricter requirements for their peacekeeping troops. The Secretary Generals announce their commitment to a “zero-tolerance policy” on sexual exploitation and abuse, commission and conducting numerous reports on the matter.

They blame the member states for the lack of action. As shown UN secretary general’s report, “I wish to point out that the United Nations itself is not in a position to bring charges against the alleged or suspected perpetrators of crimes committed against its peacekeepers, nor is it in a position to prosecute them. The Organization relies on Member States to fulfil their obligations under the relevant international legal instruments mentioned below to exercise their jurisdiction to investigate such crimes and prosecute the perpetrators thereof in accordance with their national laws.”

The member states in turn, blame the UN, and push them to take stricter action.

What they don’t say is that they’ve allowed such atrocities to take place as they’ve given the UN peacekeepers immunity. There are actual laws that protect the peacekeepers, effectively creating a situation which allows them to exploit and abuse women and girls.

While the UN denies this, saying that “there is no immunity for sexual abuse.”, United Nations staff have immunity from the jurisdiction of courts in any country in the world, including their own nations. As a result, they can’t be prosecuted unless the Secretary General waives that immunity. In practice, this doesn’t happen. And even though, troops provided by U.N. member states can be prosecuted by their home country, this rarely happens. (Source: CNN report)

Rather than giving justice to the victim and protecting them, as promised, the UN hides and protects the peacekeepers.

“The UN’s gut reaction is always to cover up, to handle in-house, to make the problem go away” Beatrice Lindstrom, a lawyer with the Institute for Justice and Democracy in Haiti (IJDH). (Source: Al Jazeera)

“The UN will never promptly report allegations to troop-contributing countries to avoid publicity and to give them time to cover up.” (Source: Al Jazeera)

On the rare occasions that prosecutions happen, punishment is less severe than in domestic cases. As shown when “Uruguayan troops who systematically raped and abused a child in Haiti. In that case, the troops served three months in their national prisons for the crime of ‘private violence’.” (Source: CNN report)

The evidence shows that the peacekeepers have just created a situation where the people have simply exchanged one evil for another.

We need to accept that reforming the UN or even abolishing it and replacing it with another organisation will not change anything. Because the problem is in the liberal capitalist system.

It’s a system which allows for exploitation.

It protects the exploiters, at the expense of the victims.