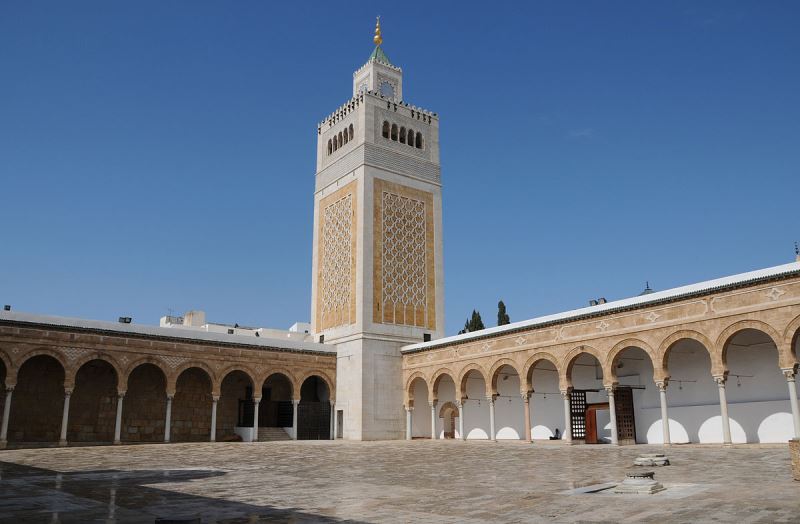 Secondary school teachers began on 17/04/2018 to suspend classes in elementary and high school due to a series of chronic structural problems: deplorable working conditions that transformed teacher’s mission into a daily torment and low salaries made the life of the educators difficult.

The Ministry of Education and behind which the government, continue to ignore the teachers and their demands in reforming education and providing suitable conditions for their work, rather the minister is even threatening to deduct wages in a shameful and disgraceful behavior.

1- Education and the interests of the student are the government’s last concerns, how can a government that respects itself be silent in front of the crisis of a vital sector such as education and refuses to communicate with teachers?!

2- The government’s deliberate disregard for the education crisis was due to the dependence of its decisions and its policies on the colonial departments. The International Monetary Fund (IMF) became dominant and the commander, so it ordered the government to freeze the assignments and the Ministry of Education responded indifferently to the thousands of vacancies in schools and students’ interests. The IMF ordered the government to freeze wages, so it responded and then claimed that it was unable to meet the teachers’ financial demands. The government has been squandering the country’s wealth (salt, gas, oil …) for colonial companies to plunder it, and billions have been wasted as a result of improvised and haphazard decisions that they claimed were steps to reform education!!

3- The government’s disregard for the education crisis and its unjustified refusal to communicate with the teachers conceals the policy of privatizing education as required by the EU and IMF lobbies, to abandon education as it had previously abandoned health. A look at the rapid rise of private schools shows that a concealed scheme paves the way for money sharks to seize education as a field of rapid enrichment.

The regime’s policies towards education and educators are policies of neglect, abandonment, ignorance, impoverishment and sabotage that do not take into account the interests of the teacher or the student. Instead of making efforts to save education by revising its foundations, curricula and programs, and instead of working to provide comprehensive care for the teaching personnel (as the backbone of the educational process) in all its material, scientific and social aspects, we follow the government’s futility by escalating the fabricated crisis that makes the future of our children uncertain.

In conclusion, the successive strikes of vital sectors such as health and education reveal to all the extent of dependence of the political decision on the colonizer and show that we are in dire need of a real state that really cares for the affairs of the people and in dire need of an alternative system to the capitalist system, which is the great system of Islam that makes education, health and security top priorities as the basic needs of the society that cannot be dispensed with, nor can it be made in the hands of a handful of capital-holders.