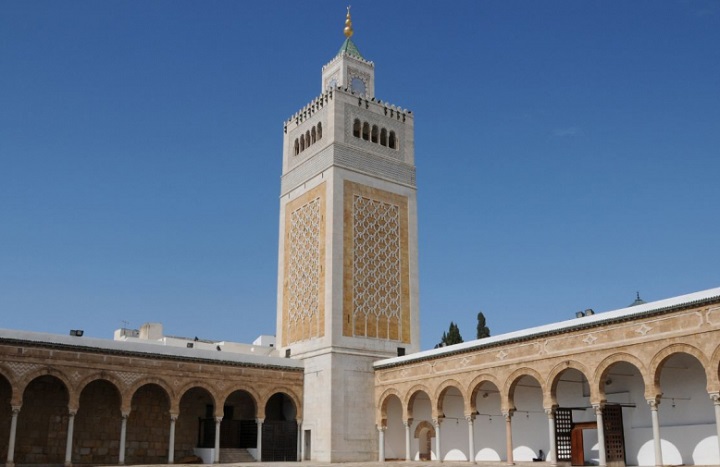 The rulers of Tunisia, in their disregard for the rituals of Islam and their audacity against Allah’s Deen, went too far. After excluding Islam from the government, keeping Allah’s Shariah away from the state and society, and fighting Islam in the name of fighting terrorism, today they are breaking the rest of the rituals of Islam by suspending Friday prayers under the false and forged pretext of combating the spread of Coronavirus. The decision of the Ministry of Religious Affairs, on Thursday, 13/1/2022, to suspend Friday prayers on January 14th and the 21st, is a political decision that aligns with the government’s decision on January 12th to prevent gatherings, to block the path of the president’s opponents who called for a demonstration on January 14th.

The Ministry of Religious Affairs has proven that it is just a puppet in the hands of politicians, issuing fatwas according to the whims of the rulers and satisfying their desires, even if this is to prevent a great ritual of Islam. Suspending Friday prayers by these oppressors who rule by other than what Allah has revealed has nothing to do with the Coronavirus pandemic or the safety and health of people. It would have been more appropriate for the government to deal with the overcrowding of people in the means of transportation, markets, in front of the administration departments and others, in a way that relieves them of suffering and provides them with safety. But bringing Friday prayer into a political disputes, will remain a disgrace on the forehead of Tunisia’s rulers, who did not hesitate to undo what remained of the knots of Islam, confirming the Hadith of the Messenger of Allah (saw): On the authority of Abu Umamah Al-Bahili, may Allah be pleased with him, on the authority of the Prophet (saw) that he (saw) said :

“The knots of Islam will be undone one by one, each time a knot is undone the next one will be grasped, the first to be undone will be the Rule [of Islam; Khilafah] and the last will be the Prayer (Salah).”

As for the head of the regime who suspended Friday for fear of protests that might shake his ruling chair with its crooked legs, we will shock him with the words of Allah (swt), Al-Muntaqim Al-Jabbar (The Mighty Avenger):

“And who are more unjust than those who prevent the name of Allah from being mentioned in His mosques and strive toward their destruction. It is not for them to enter them except in fear. For them in this world is disgrace, and they will have in the Hereafter a great punishment.” [Al-Baqara: 114]