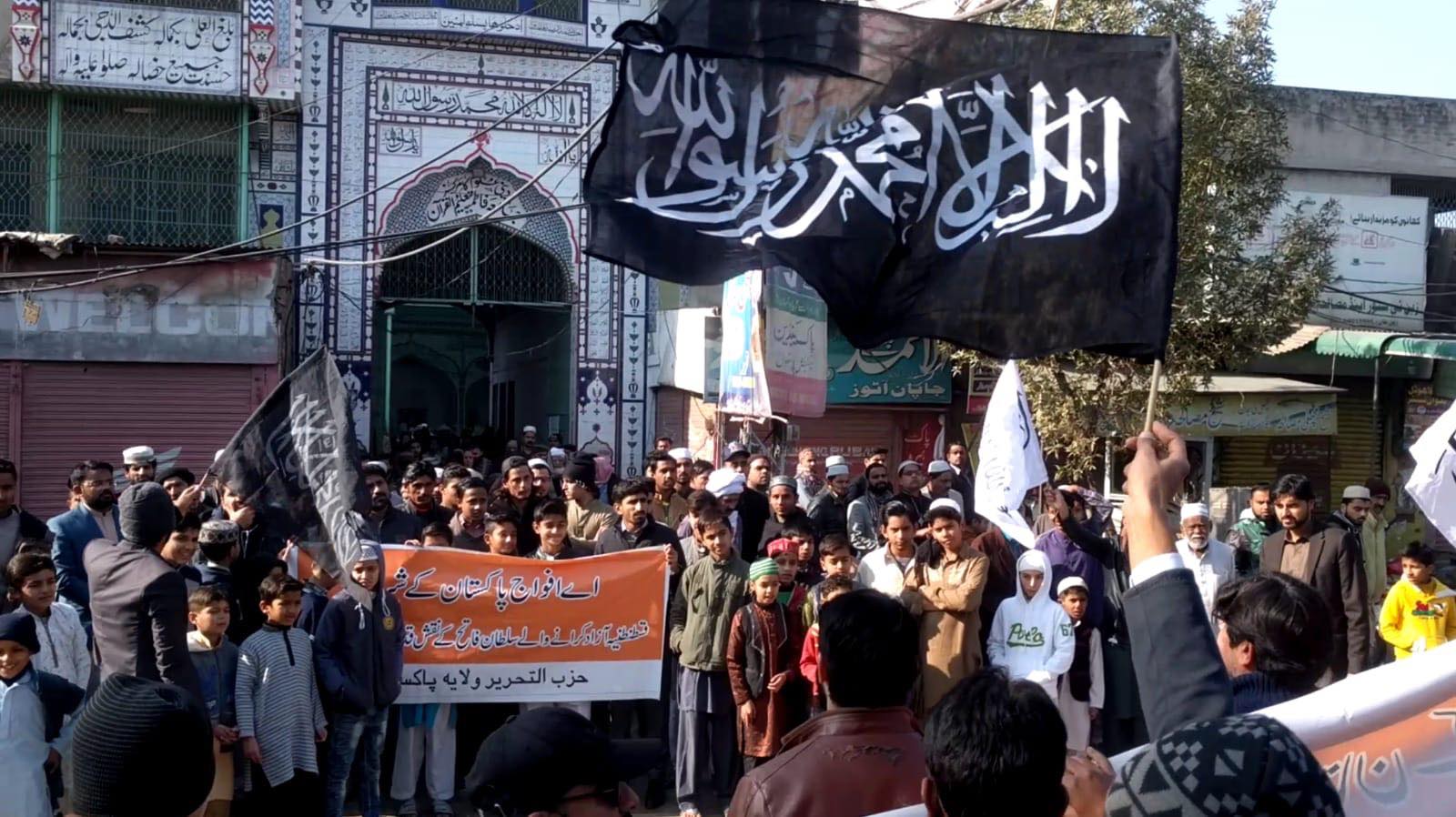 It is Now Upon Us to Achieve the Glad Tidings of the Return of the Khilafah, Defeating the Jewish entity Decisively and Conquering Rome

By the permission of Allah (swt), Hizb ut Tahrir / Wilayah Pakistan undertook a strong, country-wide public contact and social media campaign, as part of Hizb ut Tahrir’s world-wide campaign, “Conquest of Constantinople Glad Tiding was Achieved… to be Followed by Glad Tidings!” It distributed the leaflet entitled, “The Speech of the Ameer of Hizb ut Tahrir, Eminent Scholar, Ata Bin Khalil Abu Al-Rashtah, On the Occasion of the Anniversary of the Conquest of Constantinople in 857 AH – 1453 CE,” to the influential by delegation, in public places and via the social media. It undertook a campaign on Twitter on 11 January 2020, which became the second largest national Twitter trend, generating debate, and distributed seven short extracts of the speech, in the voice of the Ameer, with English and Urdu subtitles. It undertook public addresses with the banner, “O Lions of Pakistan’s Armed Forces! Sultan Fatih conquered Constantinople, showing you the way to liberate Kashmir and al-Aqsa.”

And on 15 January 2020, which fell this year on the anniversary of the conquest of Constantinople, 20th Jumada ul-Awwal, it organized talks regarding the speech of the Ameer of Hizb ut Tahrir, in which he said, “The Prophet ﷺ gave the glad tidings of conquering Constantinople, conquering Rome, the return of the Khilafah (Caliphate) upon the method of the Prophethood, and fighting the Jewish entity and powerfully defeating them… The Sunnah (way) of Allah is that we support Allah and He sends His victory to us, so that we establish His law and elevate the edifice of His state and prepare what we can of strength and then strive in His cause.”

Indeed, it is upon us to achieve the glad tiding of the return of the Khilafah, so that we can strengthen ourselves by ruling by all that Allah (swt) has revealed. Through its institutions, it is the Khilafah that will unleash the full potential of the Ummah’s resources. The Khilafah’s military will be independent from colonialist influence, so that it is mobilized to secure Islam and Muslims, without restraint. The Khilafah’s political medium and judiciary will be pure from the corrupting Western civilization, so that its rulers can be held to account solely on the basis of the Quran and Sunnah. The Khilafah’s economy will be free from colonialist exploitation, so that the abundant resources of the Ummah are used to build a strong economy that cares for the needs of all its citizens, as well as a strong industry that is the basis for an effective military force. So, let us usher in a new era of glory and victory, by demanding from our lions in the armed forces to grant their Nussrah to Hizb ut Tahrir, under its Ameer, the eminent scholar, Ata Bin Khalil Abu Al-Rashtah.