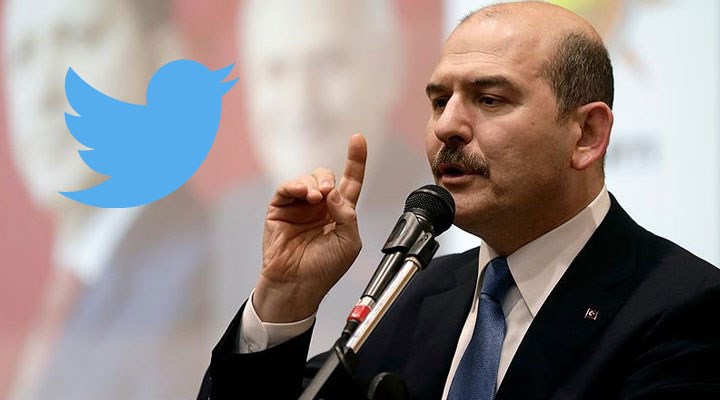 The discussion between Minister of Interior, Süleyman Soylu, and Minister of Justice, Abdulhamit Gül, put a stamp on the political agenda of Turkey. Soylu reacted on Twitter to the release of the person who insulted his mother on social media. “ My mom has been in the hospital for 45 days. The rascal cursing under my picture with my mom stood before the court and was released on bail. What should I do? What change does it make that I am a minister? While struggling with country and state issues, what does it mean not to be able to protect the honor of his mother? I will consider it as a provocation if he will be taken again with my tweet.” Minister of Justice Abdulhamit Gül responded to the tweet of Soylu with these statement during his speech in the “Appeals Courts Evaluation Meeting in their 5th Year.” : “I am calling out those who order me to arrest every day from social media. Those who aren’t pleased with this procedure can exercise their right to appeal but no one can wag their fingers at the judiciary.” (News agencies)

Comment:
The agenda in Turkey is changing so quickly that sometimes it is almost becoming impossible to follow up. From time to time, the things are coming one after the other like a heavy rain. The conversation piece of recent days is the conflict between the Minister of Interior, Süleyman Soylu and the Minister of Justice, Abdulhamit Gül. Süleyman Soylu posted the above tweet after he was attacked on Twitter with insulting comment when he shared his picture with his mother, who has been receiving a treatment in the hospital for 45 days due to the coronavirus. Looking at Soylu’s above sentences, it is seen that how desperate he is due to the existing laws and their way of implementation, although he is carrying one of the most important duties in the administrative mechanism of the country.

Following these statements used by Soylu and Gül, this issue was discussed in the mainstream media channels. In the speeches, they mentioned that the laws, which are currently in force, cannot punish those who commit crimes including insulting, the laws are inadequate, the courts are giving decisions according to the criticism on social media, the arrests cannot be made for the sentences of two years or less according to current execution law and many other issues were also mentioned. Regarding all of these issues, we would like to say following.

a- Undoubtedly, the laws that are currently in force are non-Islamic laws and implementing and judging people with them is haram according to Sharia. The implementation of these laws will not provide justice and peace in any way.

b- As in example of Minister of Interior, Soylu, the enforcers of democratic infidelity system cry out when a result against them emerges as a result of the implementation of existing laws. However, the same enforcers don’t feel uncomfortable in anyway due to the unjust and unlawful punishments against those who carry Islamic Da’wah, rather they support these implementations and are pleased with them. In fact, he is at the head of the law enforcement agency that is the first and most important step in implementing democratic infidelity laws.

c- Süleyman Soylu should know very well that he would not have complained about such a thing if he had worked for the implementation and protection of the laws revealed by Allah instead of betraying Allah and the Messenger by working night and day for the implementation of democratic infidelity laws. Because these types of crimes are considered as a ta’zir crime, in such a case, taking into account the evidences, the Qadi gives the penalty of stick to the person who committed the crime and deems imprisonment if appropriate. As a matter of fact, Hizb ut Tahrir detailed these in both books named The Punishment System in Islam and Introduction to the Constitution and determined the punishments. Also, the penalties imposed according to Islam cannot be reduced for reasons such as reduction of execution, probation, release on bail and etc. The aim of the punishments is to cease people from committing crime not to encourage them to commit crimes as in criminal laws currently being implemented in Turkey.