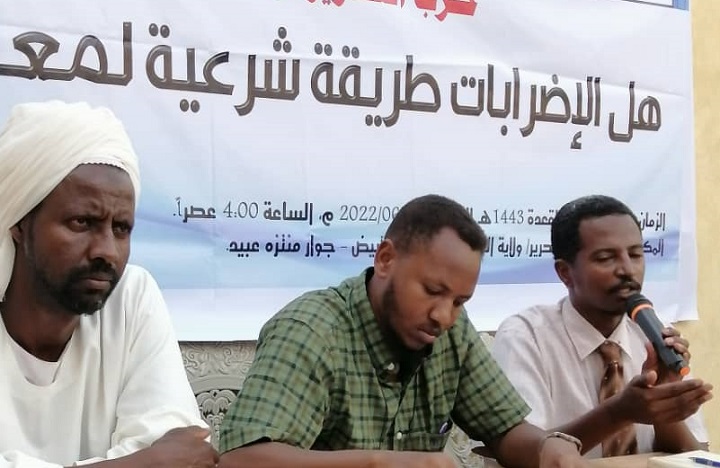 In continuation to the public events organized by Hizb ut Tahrir / Wilayah Sudan in the different regions and regions of the country, to awaken the Islamic Ummah by creating a public opinion aware of the solutions of Islam, which dealt with the initiative of the tripartite mechanism of dialogue to solve the crisis of governance in the country, labor strikes and other issues. 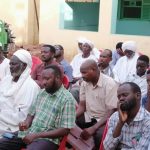 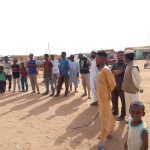 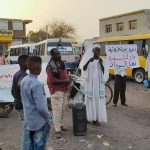 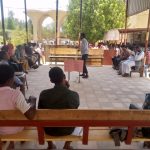 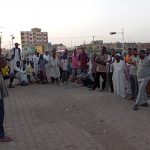 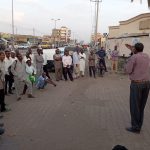 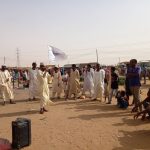 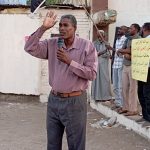 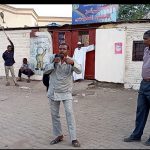 The Shabab of Hizb ut Tahrir / Wilayah Sudan in Omdurman locality held the first dialogue entitled, “Frustration & How to Confront it?” on Wednesday May 18, 2022 in the Libyan market in which Mr. Muzammil Al-Siddiq (Abu Azzam) spoke, expressing his hope that people would get out of the cycle of frustration which is manufactured by intelligence departments and global research centers that monitor the movement and turbulence of peoples and nations, including the Islamic Ummah, which as soon as it is about to be freed from the bondage of the colonial Kaffir until the West intervenes through its tools with the aim of diverting it from its path and creating a state of political frustration, describing the state of the nation and the level of frustration it has reached in Sudan. Then he reminded the attendees of the duty entrusted to them to bring about real and radical change, and their role in bringing people out of darkness into light, and this needs to study Islam through Seerah like the Prophet (saw) in building the state of Islam and carrying the message of light and guidance for the worlds.

On May 21, 2022, Hizb ut Tahrir / Wilayah Sudan held its routine forum in its office, under the title: “Does the Tripartite Initiative Solve Sudan’s Problems?” In it, Muhammad Al-Amin Dafa Allah spoke about internal initiatives such as the Umma Party initiative, Hamdok’s initiative and others, indicating that they were not based on Islam in addition to being Western dictates. He also talked about external initiatives such as the Volcker initiative, which are American projects that use their tools represented by the United Nations Mission and the African Union, IGAD and others, explaining the failure of all internal and external initiatives to solve Sudan’s problems, especially the United Nations, which failed in Yemen, Syria, Iraq, Libya and today in Sudan.

In the city of El-Obeid, capital of North Kordofan State, Hizb ut Tahrir / Wilayat Sudan held a public address on May 19, 2022  in front of the Siwar al-Dhahab prayer hall, entitled: “Factors Preventing Muslim Unity”, in which Muhammad Qoni spoke, explaining the lack of awareness of Muslims and their understanding of Islam as a system of life and the bonding of people on the basis of patriotism, patriotism, etc., which prevented the unity of Muslims.

In another aspect, the Shabab of Hizb ut Tahrir / Wilayah Sudan set up in universities a corner for dialogue and discussion entitled: “The Political Crisis and the Bet of the Solution”, at Al-Neelain University, Faculty of Commerce, on Saturday, May 28, 2022, in which Eng. Ahmed Jaafar and Eng. Awab Yasser spoke. Where Engineer Ahmed Jaafar explained the reality of the crisis from the coup of Al-Burhan on October 25, 2021 and linked it to what preceded it since the fall of the ousted regime of Omar Al-Bashir. How things became worse and worse.

Under the title: “The International Conflict and Its Impact on Sudan”, the Shabab of Hizb ut Tahrir / Wilayah Sudan held a political address in the Libyan market on May 31, 2022, in Omdurman West, in which Abdul Rahim Abdullah spoke, indicating that the conflict between right and wrong is old and that it will continue to exist. until the emergence of the hour, stressing that the causes and motives of the international conflict and the colonial states’ struggle against Sudan are in order to carry its ideas, spread its brutal capitalist principle, globalize its culture, obtain material gains, and plunder the country’s huge wealth that the West salivates.

Other dialogue points were held interacting with the public explaining the correct Islamic soltiions to the various issues currently facing Sudan.