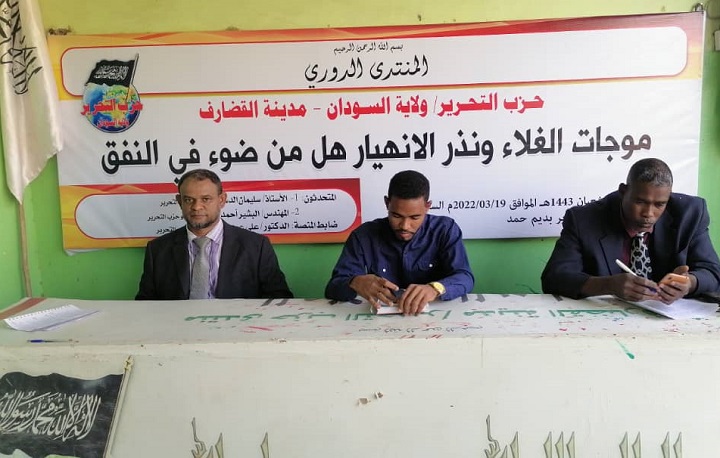 In continuation of the public events organized by Hizb ut Tahrir / Wilayah Sudan, to awaken the Islamic Ummah and sharpen its determination to establish the second Khilafah Rashidah (rightly guided Caliphate) State, by creating a public opinion aware of the provisions of Islam and its remedies, the Hizb has held various public activities in the different regions and provinces of the country.

Where the Shabab of Hizb ut Tahrir / Wilayah Sudan held a massive public address in the city of El Obeid entitled: “Democracy is the system of Kafr Haram, taking it, implementing it, or calling for it,” on March 17, 2022, in front of the Gold Soir Musalah, in which Ustaadh Muhammad Al-Amin Dafa Allah spoke, explaining the corruption of the idea of Democracy as it came from a helpless and imperfect human mind that does not have the ability to know what is harmful and what is good for it. He also showed the corruption of the foundation upon which democracy was built. 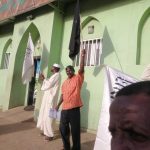 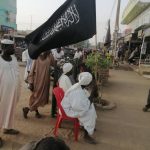 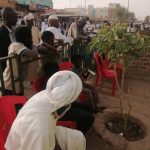 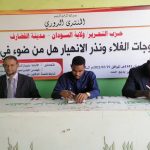 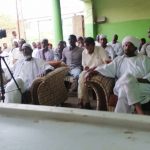 The Shabab of Hizb ut Tahrir / Wilayah Sudan in the city of Gedaref held their periodical forum, which was titled: “Waves of high prices and the omens of collapse.” Is there light in the tunnel? The first paper presented by Ustaadh Suleiman Ad-Dasis dealt with the successive waves of high prices that increased people’s suffering and exhausted them, as the most beautiful reasons for implementing the capitalist system represented in linking currencies to the dollar, which is in fact a paper that is only worth the value of the ink with which it was printed, imposed by America on the peoples of the world to plunder their wealth

The second paper, presented by Engineer Al-Bashir Ahmed, also dealt with the initial treatments from the core of the great Islam that ensured a decent life not only for Muslims; Rather, for all people, as he began his talk that Sudan, with its resources that Allah has endowed with it, makes it worthy to be the world’s food basket. Then he dealt with the dollar and the prohibition of taking it as a basis for money. The principle in Islam is that gold and silver are the basis of cash. The second Rightly-Guided Caliphate State, based on the method of the Prophethood, will mint gold dinars and silver dirhams to end the greatest arrogance and domination of peoples’ currencies.

In the context of the rise in prices and the increase in prices, the Shabab of Hizb ut Tahrir / Wilayah Sudan held a mass public address in the city of El Obeid on March 24, 2022  in front of the Soar al-Zahab prayer hall, in which Ustaadh al-Nazir Muhammad Hussein spoke, explaining the reasons and causes for the repeated increase in fuel prices, which led to an increase in prices in everything.

“Ramadan is the month of conquests and victories of Muslim armies.” under this title, the youth of Hizb ut Tahrir / Wilayah Sudan held a massive public address in the city of El Obeid on March 30, 2022 in front of the Siwar al-Dahab prayer hall, in which Ustaadh Muhammad Qoni spoke, explaining how Muslims won the Battle of Badr and how they conquered Mecca just because If the polytheists of Quraish assaulted the allies of the Messenger (saw), who would help the oppressed Muslims in Syria, Palestine, Iraq, Yemen and Kashmir?! Who wins for the symptoms of Muslims? Is it not necessary to work to elevate the word of Allah?