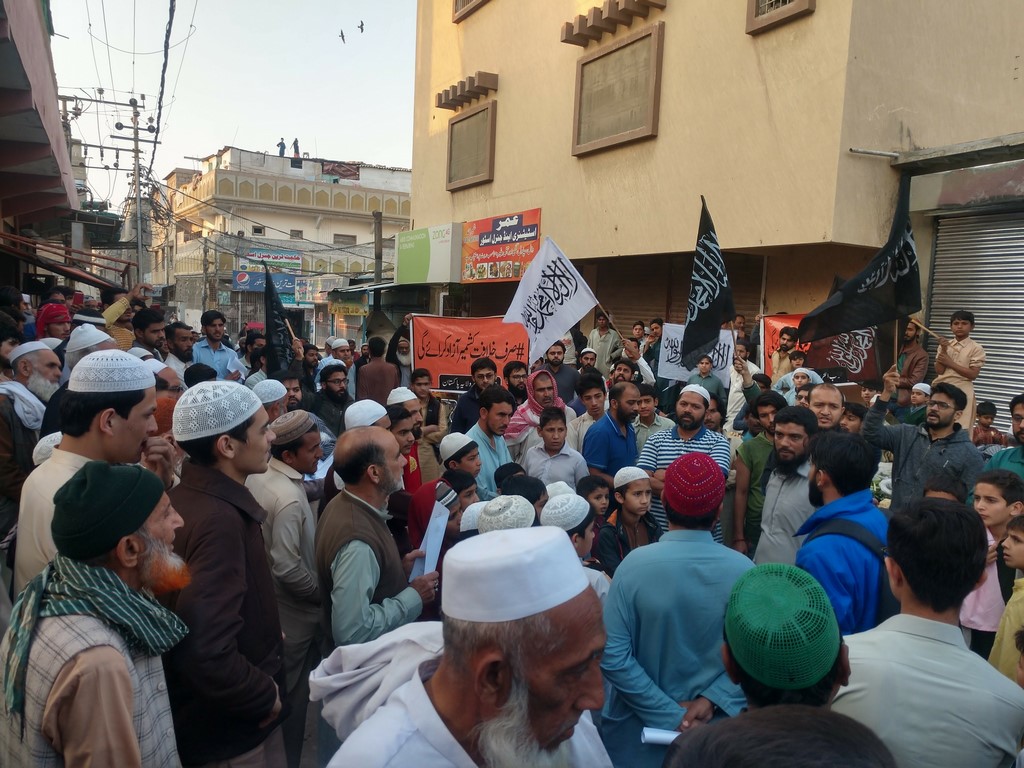 Throughout the Muslim World, the Muslims are living under an era of persecution because of their Deen. They witness those who are calling to Islam facing immense persecution. The persecution is to the extent that the regimes do not shy from persecuting the elderly, the ill or the women. Matters have come to a point where the regimes are exposed in their deviation from the Deen of Islam. Indeed, it is the time to strive upon truth in order to end the Fitnah unleashed by the rulers.

However, instead, some Muslims keep distance from the struggle for the Deen, saying that, “This time of Fitna is in the Knowledge of Allah (swt), so let us leave it to Him.” They then become paralyzed by fatalism, remaining passive before all the tyranny they witness. They become spectators to the struggle between the advocates of Khilafah and the tyrants, rather than active participants, giving their full share to end the rule of tyranny.

Bukhari narrated that `Ali (ra) said: We were in the company of the Prophet (saaw) and he said, «مَا مِنْكُمْ مِنْ أَحَدٍ إِلاَّ وَقَدْ كُتِبَ مَقْعَدُهُ مِنَ الْجَنَّةِ وَمَقْعَدُهُ مِنَ النَّارِ» “There is none among you but has his place Written for him, either in Paradise or in the Hell-Fire.” We said, “O Allah’s Messenger ﷺ! Shall we depend (on this fact and give up work)?” He replied, «لاَ، اعْمَلُوا فَكُلٌّ مُيَسَّرٌ» “No! Carry on doing good deeds, for everybody will find easy (to do) such deeds as will lead him to his Known place.” Then the Prophet ﷺ recited,  ‏‏فَأَمَّا مَنْ أَعْطَى وَاتَّقَى * وَصَدَّقَ بِالْحُسْنَى * فَسَنُيَسِّرُهُ لِلْيُسْرَى‏ إِلَى قَوْلِهِ فَسَنُيَسِّرُهُ لِلْعُسْرَى‏ “As for him who gives (in charity) and keeps his duty to Allah, and believes in the Best reward. We will ease him towards ease…. and we will ease him towards hardship.” [Surah al-Layl 92:5-10].”

Thus, Iman (belief) in the Knowledge of Allah (swt) does not mean depending on it, because al-Qadar and Kitaabah, i.e. the Knowledge of Allah, are not known to any creature without His grant, so on what does man have to depend to decide whether he acts or does not act? RasulAllah ﷺ said to the one who asked him, should not we depend? No, i.e. he ﷺ forbade him from depending.