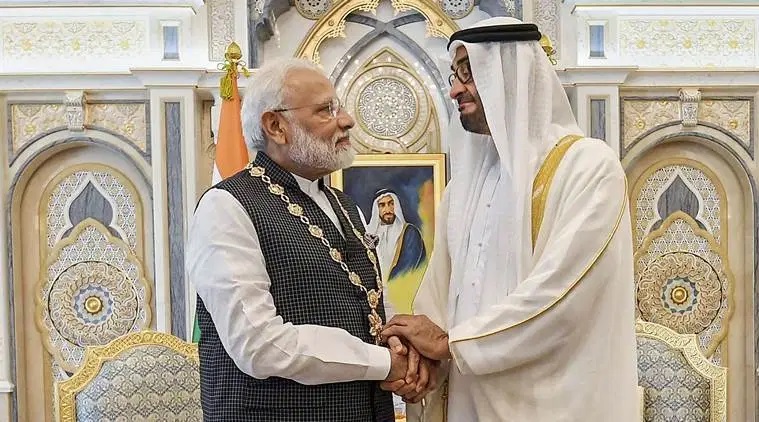 After Muslim outrage at the award from the rulers of UAE to Modi the butcher, Pakistan’s Foreign Minister proclaimed on 25 August 2019 that, “International relations are above religious sentiments.” Before speaking nonsense, let Shah Mehmud Qureshi consider that RasulAllah (saaw) said,

“And he who believes in Allah and the Last Day, must speak good or remain silent.”
[Al-Bukhari and Muslim]

Indeed, rulers of Muslims are a stark contrast to the Ummah, which is restless in compassion for the oppressed Muslims all over the world, whether in Occupied Kashmir, Palestine, Burma (Myanmar) or China. Without doubt, the worldview of the Ummah is embedded in her great Deen, which she grasps firmly despite the strenuous efforts of its rulers to detach it from it. As for the rulers of Muslims, they claim that Muslims must abandon the oppressed in order to secure economic spoils from the enemies of Muslims, whether the United States, the Hindu State, the Jewish occupying entity or China. However, the reality is that these spineless rulers secure wealth only for themselves, both from the enemy and from usurping the huge resources of the Ummah, whilst crushing the Ummah under the ruthless, capitalist economic system.

O Muslims of Pakistan! Our blessed grasp to the Deen of Truth is earning us the pleasure of Allah (swt) and advancing us in strides to rid us of rulers who do not deserve to rule us. The rulers of Pakistan are clearly under siege due to our strong and principled demand for the mobilization of the lions of Pakistan’s armed forces to liberate the Muslim Lands of Occupied Kashmir. These rulers are making defensive statement after defensive statement, with each statement exposing the weakness of their stance. It is upon each of us to strive for the ruling by all that Allah (swt) has revealed, so that we are finally blessed by rulers who are from us, like us, love us and lead us as we deserve, earning our Dua. Strive with the advocates of the Khilafah (Caliphate) on the Method of the Prophethood to re-establish the shield of the Ummah, which launched the armed forces of the Muslims throughout history to liberate the oppressed Muslims. Strive for our Khilafah so that it is our generation that witnesses the glad tidings of RasulAllah (saaw) regarding the Conquest of Hind (Ghazwa e Hind), the Opening of Rome and the decisive eradication of the Jewish entity in battle. Re-establish the Khilafah so that our noble sons in the armed forces will not be prevented from fighting the enemy, but led in the pursuit of victory or martyrdom. Muslim narrated from Abu Hurayrah that the Prophet (saw) said:

“Indeed, the Imam is a shield, you are protected by him and fight from behind him.”