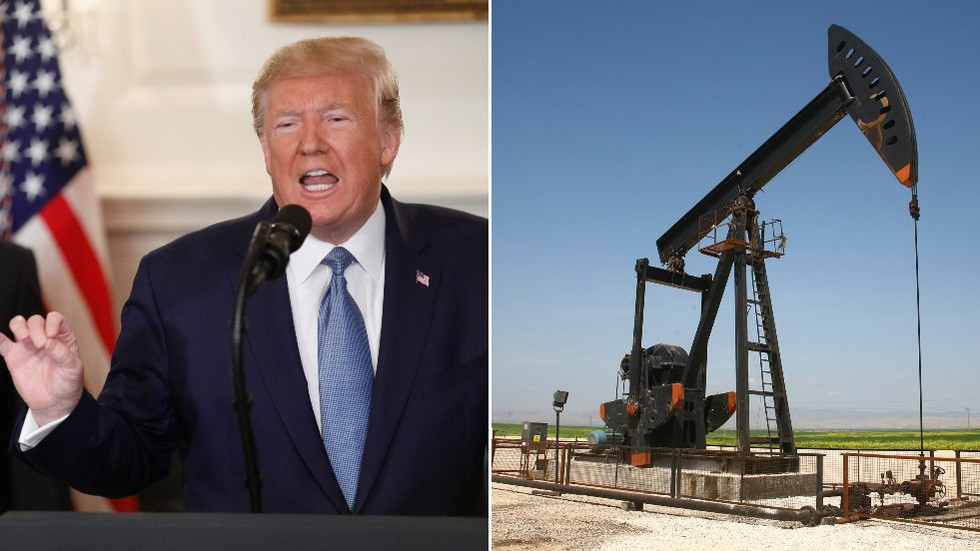 After President Donald Trump said on Monday the U.S. will be “keeping the oil” in northeastern Syria, his administration is looking into the “specifics,” according to a senior State Department official — but it’s prompted renewed cries that doing so is a war crime. (Source: abcnews, Oct 28, 2019)

America wants to ‘keep the oil’. Don’t the ‘human rights’ of the people of Syria extend to the wealth in their lands? Unsurprisingly, no gasps of indignation or protests from other Western leaders were heard, but instead we find more quiet whimpers of shame.

Western governments see the rest of the non ‘first-worlders’ as booty and spoils to be exploited for their own personal benefit. They install their puppets and their regimes, sell them arms, create wars, destabilise and ruin the country, then they come in and pillage our resources, making the people of the land refugees and homeless. Then they use to generate more fascism, hatred against Muslims and Islam, which justifies and sustains their shameless exploitation of the rest of the world.

It’s a model they have used time and time again. And now with social media, it is even more easy to manipulate us and hide their hand. They cynically sell them fake ideals and false hopes that they use to install their puppets to further their ‘national interests’. And when they don’t like our leaders, they remove them – recall the democratically elected Mursi of Egypt, or 90s Algeria, or Madagascar and more recently Malaysia, to create even more strife and the excuse to intervene.

Why are Muslims in resource rich lands still made the ‘enemy’ and the ‘other’ because they own what the West covets? How is the arrogance and behaviour of the US in Syria different to China in the seas of Asia?

Islam has different ideals to Capitalism.

Even in the rules of warfare in Islam, the people, environment, crops and livestock are protected. Wealth from the land belongs to all and it is to be used for the benefit of all the people.

The Shari’ah commands the ruler to use the wealth of the land for the benefit of all the people. The wealth does not belong to the ruler, or his extended family or tribe, or the rich 2%, or government or indeed even the State. It is the ruler’s responsibility is to best manage it for the benefit of the people. In Islam, food, clothing and shelter are the basic right of every single person. Education, security and health are the right of the people.

US soldiers put their lives on the line, spilling blood in foreign lands, being cursed by their victims, all for the sake of the rich 2% in America. Rasulullah ﷺ never installed puppet regimes, nor manipulated the people with hypocritical ideals in order to pillage the wealth of the land.

It is time to filter out propaganda and disinformation and consider which, between Capitalism and Islam, is truly suitable for all the world? Which is sustainable and agrees with our intellect and humanity? We must wake up to the manipulation and enslavement of our minds and recognise the stench, and reject these puppet rulers and their false copy-cat ‘prescriptions’. It is time for action from the sincere and thinking.