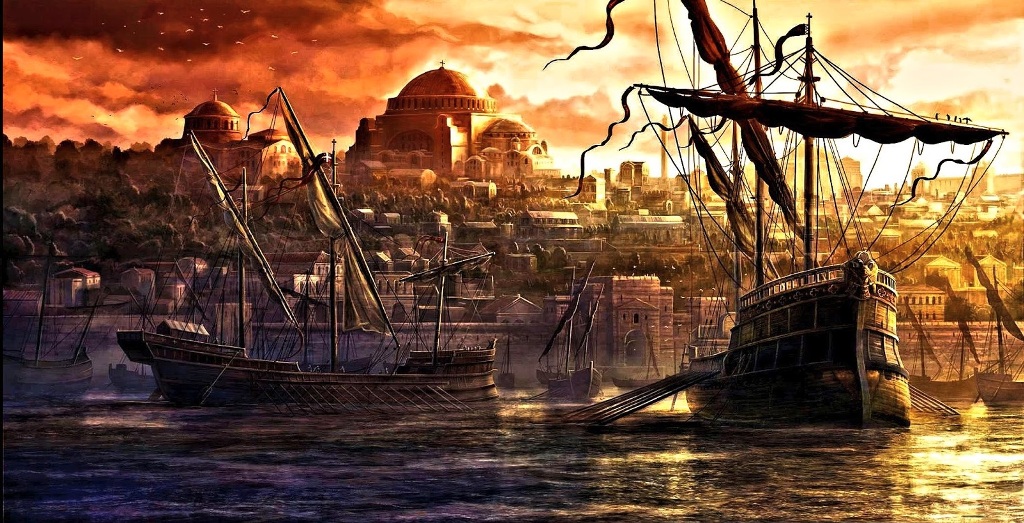 The #Conquest_of_Constantinople is a reminder that the Muslims are one Ummah; their peace is one and their war is one, and that their fragmentation in statelets only serves the colonialsts, and that sectarian, madhhabi and tribal fighting only serves the Ummah’s enemies. Our unity in one land is the nucleus of the conquests and the completion of the glad-tidings of the Prophet ﷺ.

The #Conquest_of_Constantinople teaches us that regional countries are infertile countries, they are useless and are a burden for their people. Islam has come to reign and be carried to the worlds, therefore, the Sykes and Pikot countries are unable to contain Islam and protect themselves. The secret behind the power of the Ummah of Muhammad ﷺ lies in its Deen and unity in one land, independent from the West in its decision-making.

The #Conquest_of_Constantinople at the hands of that young leader (21 years old) guides us to the fact that this leader had found (an army) who obeys his every command, as the Messenger of Allah ﷺ did not only say:«فَلَنِعْمَ الْأَمِيرُ أَمِيرُهَا»  “What a wonderful leader will her leader be”, but he added: «وَلَنِعْمَ الْجَيْشُ ذَلِكَ الْجَيْشُ» “and what a wonderful army will that army be!” So one of the most important things in achieving the goal was the obedience of the army to their leader, obeying his orders and his vision.

The #Conquest_of_Constantinople reminds us, as an Ummah, of many things, the most important of which are that we are human, we do the wrong and the right; so if we do wrong, the Moguls and Crusades occupy us, and if we do the right, we return to being the Ummah of victories and conquests. We can always remedy our mistakes, but under two conditions: that we truly intend to leave mistakes (sincerity), and that we know that we are like orphans without the state of Islam (consciousness).