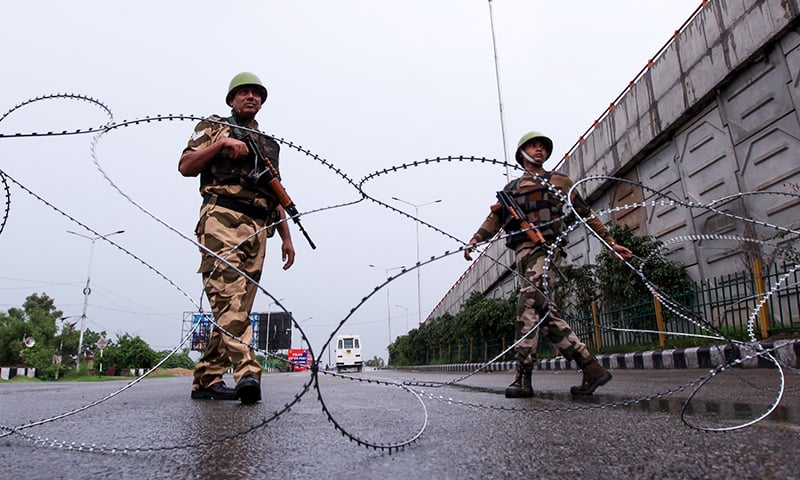 As the armed forces of the Hindu State busied themselves, without interruption, in consolidating their occupation of Occupied Kashmir, Pakistan’s visionless regime called for standing in silence in response. Thus, Muslims of Occupied Kashmir suffered over three weeks of detention in their homes, without any access to food, medicines and communication facilities, whilst on 26 August 2019, Imran Khan declared, “every Pakistani to come out of their homes, offices, workplaces every week for half an hour … to express solidarity with the people of India-occupied Kashmir.” It is pouring salt on the wounds of the Muslims of Occupied Kashmir to offer silence, when Islam demands the roar and thunder of our willing and capable armed forces. Allah (swt) said,

“And what is wrong with you that you fight not in the Cause of Allah, and for those weak and oppressed among men, women, and children, whose cry is: Our Lord! Rescue us from this town whose people are oppressors.”
[Surah An-Nisa’a 4:75]

O Muslims of Pakistan! The current rulers demand that we stand still and our armed forces exercise restraint, whilst the aggressor is fully active in unleashing force upon our brothers and sisters in Occupied Kashmir, even though Allah (swt) commanded,

“And slay them wherever you catch them, and turn them out from where they have turned you out.”
[Surah al-Baqarah 2:191]

The current rulers loudly refer the Kashmir issue to the United Nations, which has always given a free hand to any oppressor seeking to dismember the Ummah’s body, even though Allah (swt) said,

“…and Allah does not allow the Believers to grant the kafireen authority over them.”
[Surah An-Nisa: 141]

The current rulers seek dignity with the Western colonialists, who harbor great hatred for our Deen in accordance with their crusader nature, and abandon Jihad even though RasulAllah (saaw) said,

“No people abandon Jihad except that they are humiliated.”
[Ahmad]