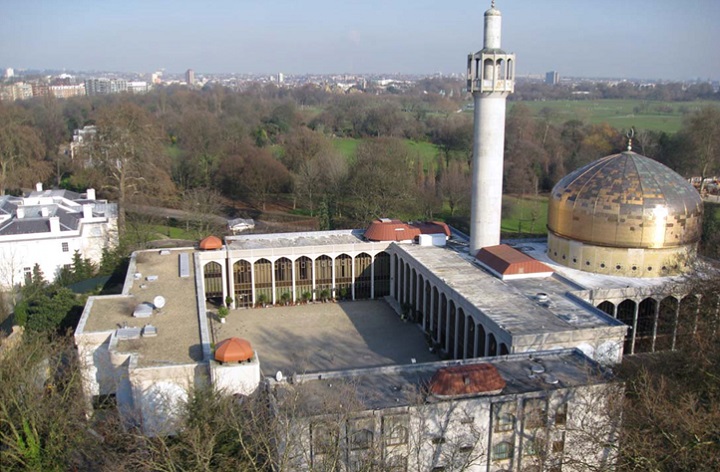 Muslims and non-Muslims alike cringed at the desperate plea for acceptance on display in a central London mosque this week. The press was invited to watch Muslim children forced to sing the British national anthem, even though it is a prayer for the king and to be preserved, reign over us and be victorious.

Britain’s fractures are being exposed once again, as the country is polarised in the wake of the death of Queen Elizabeth II, and the ascension of her son King Charles III. Cynical politicians and corporations have attempted to stay in step with the sense of personal loss felt by many ordinary people, while at the same time the legitimacy of the monarchy, its colonial past and its future are on the tongues of many others. The emotional wave sweeping the nation has led to incredulous responses from those who feel that Britain’s Empire should not be discussed at this time, and also from those who feel that the royal family should not get a free pass.

Caught in between is the Muslim community, who primarily descend from victims of British Imperial violence and exploitation, yet are treated as second class citizens and live under constant scrutiny for any signs of disloyalty to Britain or its values.

Britain’s long policy of repressing Muslims, forced assimilation and hypocritical application of its self-proclaimed right to free speech, meant that a minority in the Muslim community have attempted to court the government and the media, often bending the Islamic values and rules to counter the negative propaganda against Islam. Such attempts to appease will inevitably replace the sublime Islamic values with the whims of secularists. The outstanding Islamic personality will then cease to exist, having been replaced by a confused and contradictory mix of western liberal values and some remnants of Islam.

The media and palace PR machine had successfully managed the image of the late queen, such that many British people viewed her akin to a sweet grandmother of the nation. They were less successful with regard to her sons however, whose scandalous behaviour occasionally crept into the public eye, invoking resentment at the monarchy and its privileged position.

The great failure of secularism and its democratic model is that it has no fixed principles and values. Everything is in a state of flux, swaying along with public emotions, which the capitalist institutions, politicians and corporations desperately attempt to manipulate and control.

Islam, on the other hand, is not devoid of principles. Right and wrong are not determined by their popularity at any given moment. The Qur’an and teachings of the Prophet Muhammad (saw) give clear guidance on what is good and bad.

“O believers! If you fear Allah, He will grant you a standard ˹to distinguish between right and wrong˺, absolve you of your sins, and forgive you. And Allah is the Lord of infinite bounty.” [8:29].

The Islamic way of life is the only ideology that is built on the mind, with rational proofs for its foundational belief, and clear legislative principles for its shariah rules. Appeasing the secularists with their whimsical liberal values will only ever end in misery, in this life and the next. Islam is not in need of any alteration or modification to fit into the constantly changing modern world. Despite the pressure on the Muslim community to quietly fit-in, the Muslims of Britain need to stand up to explain correctness of Islam and the fallacy of the secular way of life whether a republic or constitutional monarchy.

“Do not mix truth with falsehood or hide the truth knowingly.”