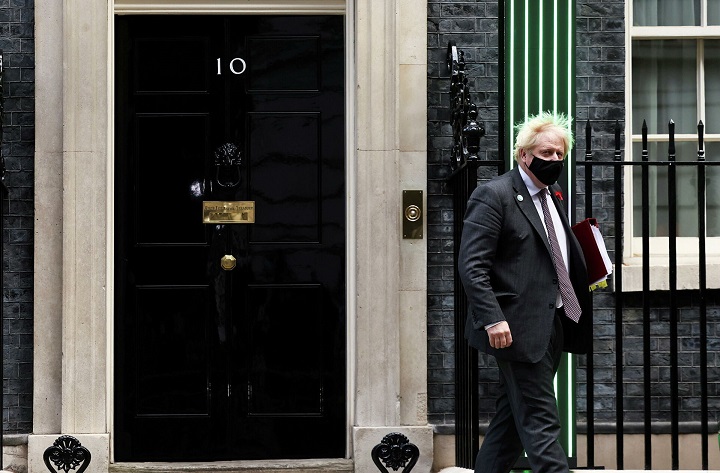 Over the past 2 weeks, the British parliamentary system has once again been embroiled in a series of “sleaze and corruption” scandals. In an independent investigation by Parliament’s Standards Commissioner, the Tory Member of Parliament, Owen Paterson, was found to have used his position to lobby ministers and officials on behalf of two private companies – Randox and Lynn’s Country Foods – who were paying him over £100,000 per year for his consultancy work. He subsequently received a 30-day suspension from parliament. However, the Tory-led British government ordered Tory MP’s to support a vote to both block the suspension of Patterson and to change the independent standards system which investigates misconduct of MP’s, by setting up a new standards parliamentary committee dominated by Tory politicians. There was an outcry from opposition parties and the public that the government was effectively tearing up the ‘anti-corruption’ rule book for its own political gain.

Comment:
The British Prime Minister, Boris Johnson and his Tory-government are currently mired in various claims of sleaze and corruption – everything from Johnson enjoying a luxury Marbella holiday paid for by a wealthy Tory donor, to the extravagant refurbishment of his Downing Street flat reportedly costing £200,000 which was initially paid for by another Tory donor, raising questions about the influence that rich benefactors who bankroll the prime minister’s lavish lifestyle has on his political decision-making. The government is also under fire for awarding multi-million pound Covid contracts to private companies with political connections to the conservative party – described as political cronyism and “chumocracy” by the British media. And a recent investigation by The Sunday Times Newspaper found that multimillionaires donating at least £3 million to the Tory party appeared to be “guaranteed” a seat in the House of Lords – the upper house of the UK parliament which examines bills passed by the House of Commons. The investigation stated that all but one of the Tory party’s 16 previous treasurers and 22 of its biggest donors have been offered a peerage in the upper house.

However, sleaze and corruption has form in the British democratic political system, affecting politicians of all hues – from the 1990’s “Cash for Questions” scandal where two Conservative MP’s were accused of being bribed to perform various tasks on behalf of the owner of the luxury Harrods department store; to the MP’s expenses scandal where politicians from various parties were found to have been spending lavishly upon themselves using public money; to the 2006 “Cash for Honours” scandal where life peerages in the House of Lords were being awarded to rich benefactors who had loaned large sums of money to the Labour party. And the list goes on of the sleaze and corruption scandals that have blighted British politics.

Many have claimed that such actions by politicians are “damaging democracy”. However, what must be understood is that any system that affords people or a ruler the right to make and change the laws, inevitably opens the door wide for corruption in politics. It provides politicians the opportunity to pass legislation and spend public money to financially benefit themselves and their allies rather than for the public good, and then make more laws to protect themselves from legal repercussions. It enables rich corporations and businessmen to wield influence on policies for financial gain, despite the harm this may have on people’s lives or the environment – as seen with the tobacco, gambling and fossil fuel industries. And it is a system that often attracts unscrupulous immoral individuals into the corridors of power who simply serve themselves rather than those they govern. All this is evident in democracies – east and west. In Britain for example, the system allows lawmakers to take lucrative jobs as paid consultants to wealthy companies – despite the fact that holding such positions will often influence the law-making process in parliament in the benefit of those same companies. It is therefore unsurprising that majorities within such democracies view corruption as being ingrained within the system. According to the 2013 Transparency International Global Corruption Barometer:59% of respondents thought that the UK government is ‘entirely’ or ‘to a large extent’ run by a few big entities acting in their own best interests, while an additional 31 per cent thought that this was ‘somewhat’ the case; 67% believed that political parties in the UK are ‘corrupt’ or ‘extremely corrupt’; and 55% felt that the UK Parliament is ‘corrupt’ or ‘extremely corrupt’.

In contrast, under the Islamic political system of the Khilafah (Caliphate), neither a parliament nor a ruler makes the laws for the state, for it is Allah (swt) and not the human being Who is the Sole Legislator of laws. Allah (swt) says:

Hence no ruler, company or lobbying body can change or shape the laws according to their own interests. Additionally, there are strict rules with regards to the use of public money and what it can be spent on. Furthermore, it is prohibited in Islam for a ruler or official of the state to receive any gift or payment from an individual or company that is acquired due to the position of authority they hold. Al-Bukhari reported that the Prophet (saw) employed an employee (to collect Zakat). The employee returned after completing his job and said, “O Allah’s Apostle! This (amount of Zakat) is for you, and this (other amount) was given to me as a present.” The Prophet said to him,

“Why didn’t you stay at your father’s or mother’s house and see if you would be given presents or not?” – emphasizing that it was wrong for the employee to have taken the gift in the process of performing his state duties. Entwined with all of this is the concept of Taqwa, accountability, guardianship and serving the people that Islam instils into those who rule over the people. It is this concept that created leaders of the likes of the 8th century Khalifah, Umar bin Abdul Aziz, who refused to use even a drop of public oil to fuel his lamp for his personal affairs or even use water heated from the state charcoal for his wudu due to his immense sense of accountability over state funds. He was a rich man before he became leader, but he died with only one shirt to his name because he had spent his wealth in the service of his people. This is the difference between a system and leadership that truly serves the people, and a system and governments that benefit an elite few!