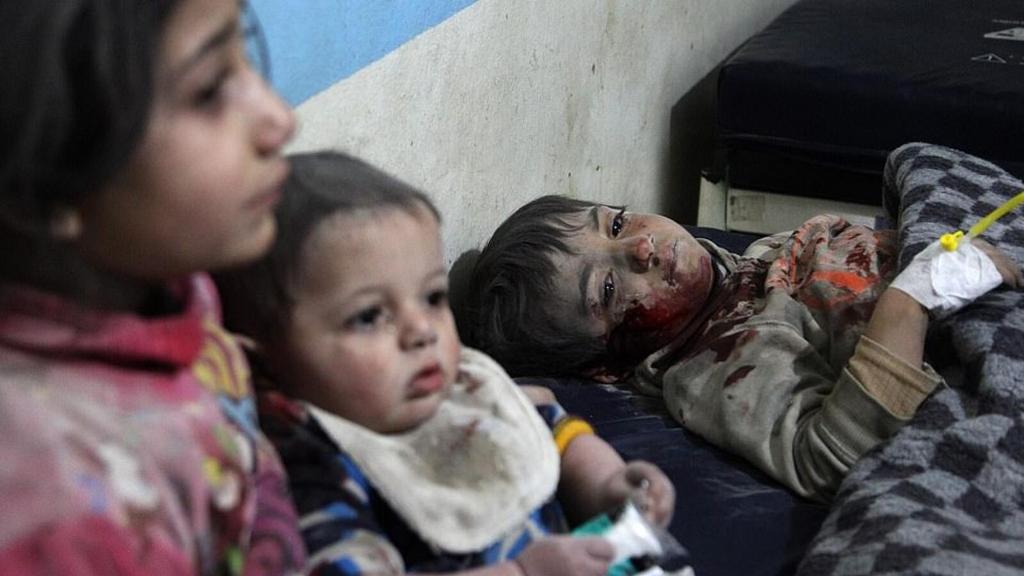 On the 12th of February, Scottish MP Ian Blackford held the UK Prime Minister to account over the thousands of Syrian women and children currently displaced around the world. In a televised Prime Ministers Question Time, Mr Blackford said that the UK was “washing its hands of the Syrian people” and was content to leave President Assad to “continue enacting these atrocities”. The SNP Westminster leader said the Syrian war had caused the “biggest wave of displacement” since World War II and that babies were dying due to the extreme cold.

The current Syrian refugee crisis that has unfolded over the 9 years has indeed reached unprecedented levels since the 1940’s. However this was an entirely preventable situation that the world knew was coming even in the first months of fighting in Syria.

The idea that a Scottish MP across the globe sees fit to raise the matter politically whilst every single Muslim leader globally stands deaf, dumb and blind to the humanitarian crisis is an absolutely shameful model of leadership that deserved the highest condemnation. The silence and lack of mobility to help the women and children of Syria is a coordinated conspiracy that all Western leaders are a party to. Empty words of sympathy and token gestures of support do nothing to actually change the reality of the starving, abused and dying in Syrian.

The thousands that have drowned at sea due to closed borders and active campaigns to block exits of escape is blood on those hands of all international leaders that support the nationalistic treaties that create refugee problems. The camps that contain millions of children and vulnerable adults in animalistic prisons are a design of Western liberal values that have the most immoral and devastating principles to manage the needs of people.

The use of refugees and keeping people stateless and in poverty is a tool of war, the same as the arms trade and sanctions. They are designed to keep control over the ability of nations to defend themselves and decide their own political future. In this way foreign governments can have greater power to manipulate regions and their resources to reap the material benefits of war and chaos. The drama of crocodile tears and hot air calls for aid will see the continuation of dying babies in the freezing snow as was the case in the last 8 years. As mothers bury another generation of youth lost to the absence of Khilafah, we as Muslims must understand that there is absolutely no change coming as the hands of insincere politicians globally.

The need of the time is a real will to serve the interests of the nameless millions that have suffered for too long. The voice to the voiceless is the Khalif of a correct Islamic ruling system as was the case in the time of the Prophet ﷺ and the Sahaba that came after him. Never under the leadership of these noble examples did the world see horrific acts of ethnic cleansing, squalid camps and mass death of refugees who are given zero status and rights.

Indeed the persecuted Jews themselves knew that the Islamic State had clear policies of citizenship for non-Muslims and that if they arrive at the boarders of the Khilafah, they will be welcomed in under the rights of Dhimmi. There would be no addition to the punishment and brutality given to them by their enemies and that they could rely on their human rights being met. Allah (swt) mentioned the rights of the refugees in numerous Ayaat in Quran such as verses 100 in Surah At Taubah.

The forerunners – the first of the Muhajirun and the Ansar – and those who have followed them in doing good: Allah is pleased with them and they are pleased with Him. He has prepared Gardens for them with rivers flowing under them, remaining in them timelessly, for ever and ever. That is the great victory.

Currently all of our well-equipped Muslim armies are only used to fund the business profits of the Western arms trade and are interested to use their resources in killing other Muslims only. They are under strict instructions never to aid the needs of Muslims under attack or rescue them from mass oppression. This situation is a diabolic work of evil and should be regarded as abnormal for our future as a Muslim ummah. We urge all Muslims to support the correct political model of the Khilafah and work for its revival in reality to recuse the oppressed from their years of abuse.