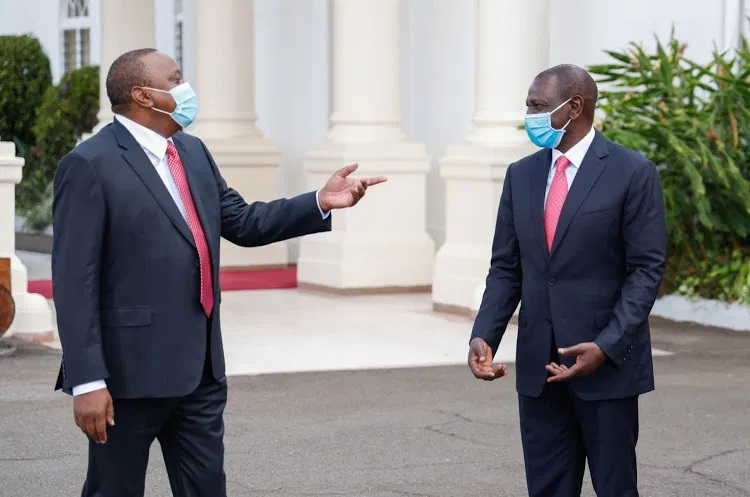 The recent spat between Deputy President William Ruto and Wiper party leader Kalonzo Musyoka over land grabbing allegations is a glimpse of loose talk and propaganda that could flow in the coming days as political rivals seek to outwit each other. In another political gimmick, Jubilee Party Vice-Chairman David Murathe in an interview in a local radio station said President Uhuru Kenyatta’s promise to Deputy President William Ruto that he will hand over power to him was political rhetoric. Murathe described the ‘Uhuruto bromance’ as a marriage of convenience that was necessitated by the happenings at the time.”It was like wooing a bride. You promise her heaven but the reality is different. Also bear in mind that there was an estrangement in the Uhuruto union”. Murathe said. Meanwhile the rapprochement between president Uhuru Kenya and his political rival Raila Odinga which gave birth to Building Bridges Initiative BBI remains unclear to Raila’s supporters.

Comment:
A season of political mud-slinging has set in as the country inches towards next year’s General Election. This political bickering illustrates Kenya’s political landscape which is littered with broken promises, failed alliances and betrayal. Shaky political marriages that have ended in acrimony, frustrated dreams and ultimately tears has been the historical norm of politicians. While betrayal has become synonymous with Kenyan politics, the betrayers and opportunists have also been betrayed. Raila Odinga was first betrayed in 2002, after President Daniel Moi reneged on his promise and bypassed the then Lang’ata MP and picked the little-known Uhuru Kenyatta as his successor. Wiper leader Kalonzo Muscoda, whose political history many say is a galaxy of opportunism and indecision, was betrayed after propping up President Mwai Kibaki in 2008. Amani National Congress leader Musalia Mudavadi became another victim when Uhuru and William Ruto promised him the moon and then turned against him at the last minute in 2013. And as already we some alignments which still can be dismantled, certainly we will see more realignments and people sacrificed before the ballot in 2022.

Broken promises and political betrayal are not unique to Kenya but the world at large since the current political system of Democracy itself is prone to treachery and betrayal. The fact is politicians in Democratic system have one character; competing for chances to affluence and self-enrichment as the common man is left to languish as laggards! The truth of the matter is political marriages are formed and broken with self-interests being the determining factor. Democratic politicians are driven by ethnic and class motivations, greed and selfishness.

The biggest cancer of the Kenyan political class is tribalism; a leader does what he wishes gaining support from his henchmen despite his cruelty, corruption and dirty dealings! Furthermore, tribalism, classism and regionalism are political cards to maintain or ascend to power. The worse part democratic political shenanigans are plunging a country into tensions rather leading into chaotic elections with prime and first victim being the common man whose problems have remained unresolved.

Islam forbids two rival executive leaders in one government. This strong basis aims at protecting the government from divisions that can lead to the collapse of the state and eventual civil war. Islam is the only alternative system capable of producing sound politics and real politicians who possess strong policies to political, economic and social prosperity as witnessed in the past thirteen centuries during the Khilafah (Caliphate) rule. And we believe, Allah willing, that Khilafah will return back so soon to once again lead the world with sincere politics which will fill the entire world with truth and justice.