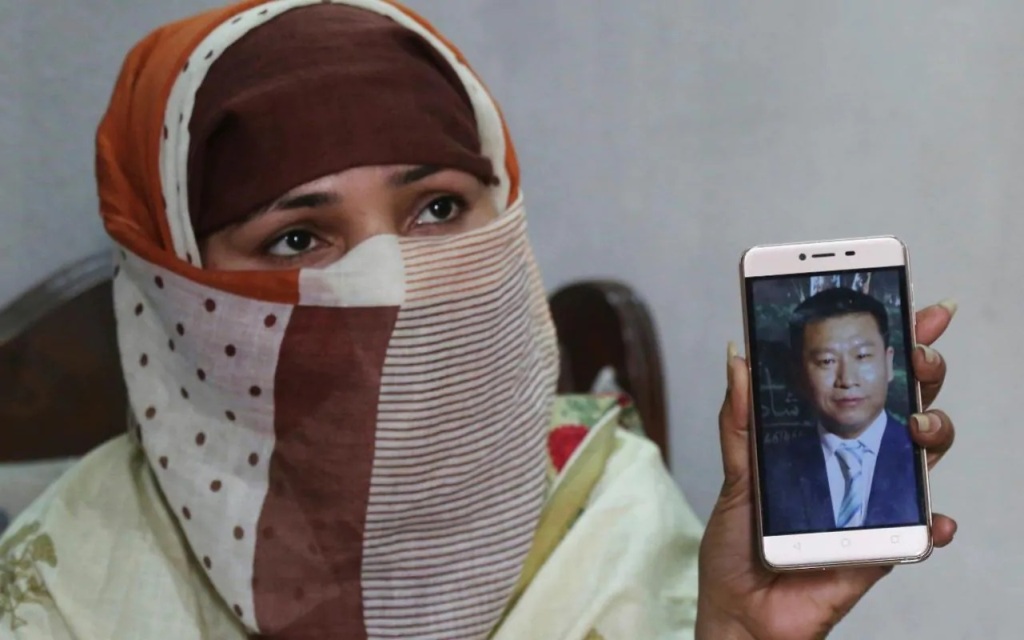 The Pakistan government has been accused by some of its own officials of turning a blind eye to the trafficking of hundreds of girls and women from Pakistan as brides to China, due to its financial interests with Beijing, according to the Associated Press (AP).

The AP reported on the 3rd December that according to Pakistan investigators, at least 629 poor girls and women from across the country were sold as brides to Chinese men and taken to China in a period of 2 years. Some of these brides were abused or forced into prostitution. One investigation report even contained allegations of organs being harvested from some of the women and sent to China.

AP also stated that according to various officials, the investigation into these trafficking networks who are preying on the country’s poor and vulnerable, has ground to a halt due to pressure from government authorities fearful of hurting ‘Pakistan’s lucrative ties to Beijing.’ Several senior officials familiar with the events, even asserted that Pakistan media had been pushed into curbing their reporting on trafficking. One official with knowledge of the investigations, commented, “No one is doing anything to help these girls…The whole racket is continuing, and it is growing. Why? Because they know they can get away with it. The authorities won’t follow through, everyone is being pressured to not investigate. Trafficking is increasing now.”

Saleem Iqbal, an activist who has helped parents rescue several girls from China stated that the Pakistan government has sought to curtail the investigation by putting “immense pressure” on officials from the Federal Investigation Agency pursuing trafficking networks, and that some of them had even been transferred. He remarked, “When we talk to Pakistan rulers, they don’t pay any attention.” The AP reported that in September this year, Pakistan’s investigation agency sent a report to Prime Minister Imran Khan labelled, “Fake Chinese marriage cases” that provided details of cases against 52 Chinese nationals and 20 of their Pakistan associates in Faisalabad, Lahore and the capital Islamabad.

However, nothing materialized in prosecuting the accused. In fact, in October this year, the biggest case in the country against trafficking collapsed, when a court in Faisalabad acquitted 31 Chinese nationals charged in connection with trafficking. According to a court official and a police investigator familiar with the case, several women who were to testify against the accused backed down due to threats or bribes.

It is clear, that with this shameless inaction and attempts to conceal this heinous crime from public attention and shield it from adequate investigation, Imran Khan hopes to prevent Pakistan’s close economic relationship with China from being jeopardized. Today, the country is receiving huge amounts of aid under China’s Belt and Road Initiative which is aimed at linking China to all corners of Asia. Beijing has already promised Islamabad an extensive package of infrastructure development under its $75 billion China-Pakistan Economic Corridor Project. However, what honour does a government have when it puts financial gain above the protection of its own daughters? Any leadership which is willing to trade-in its conscience and the wellbeing of its citizens for a fist full of dollars, does not deserve to govern! However, this is the nature of any capitalist secular system, where the moral compass of rulers and politicians revolve around monetary gain and securing economic interests. We see how Imran Khan has already turned his back on the heartbreaking plight of the Uyghur Muslims in China, 1 million of whom are incarcerated in concentration camps aimed at uprooting their Islamic beliefs. The Pakistan leader could not bring himself to even utter one word of condemnation against this horrific persecution of his Muslim brothers and sisters. China has bought his silence! Furthermore, his failure to demand the immediate release of our dear sister Dr. Aafia Siddiqui, imprisoned unjustly in a US jail for life, again is indicative of a regime that has dismissed the honour of one of its own daughters for the sake of its political and economic ties with a foreign state.

The stench of betrayal wreaks from this and previous capitalist secular rulers and governments of Pakistan and others across the Muslim world, who have sold their soul for the dollar. Surely, the daughters of this Ummah deserve better than leaders and regimes who would abandon them into the hands of those who exploit and oppress them for a fist full of dollars!!! Surely, they deserve to be governed by state that views the protection of their honour at the same level as the protection of life itself??? Surely, they deserve to live under a system where they are provided for sufficiently, such that they do not have to resort to desperate measures to survive??? This system and state is the Khilafah (Caliphate) based upon the method of the Prophethood. It is a state built purely upon Islam – hence looking after the wellbeing, honour and security of its citizens and standing against injustice and oppression wherever it is witnessed can never be compromised for financial gain, for it is the System of Allah (swt) which truly serves humanity in every sphere of life – politically, economically and morally. It is a state that enjoyed leaders of the caliber of Umar bin al-Khattab (ra) who would personally patrol the streets to ensure the needs of every one of his citizens was fulfilled adequately and that they were safe from any harm, for the Khalifah is obliged by Allah (swt) to be the guardian of his people.  And it is a state that will stand as a global model for how to achieve prosperity enjoyed by all citizens, while always ensuring that monetary interests never override moral principles. Allah (swt) says,

“Alif Lam Ra. This is a Book which We have revealed to you that you may bring forth men, by their Lord’s permission from utter DARKNESS INTO LIGHT – to the way of the Mighty, the Praised One.” [Ibrahim: 1]