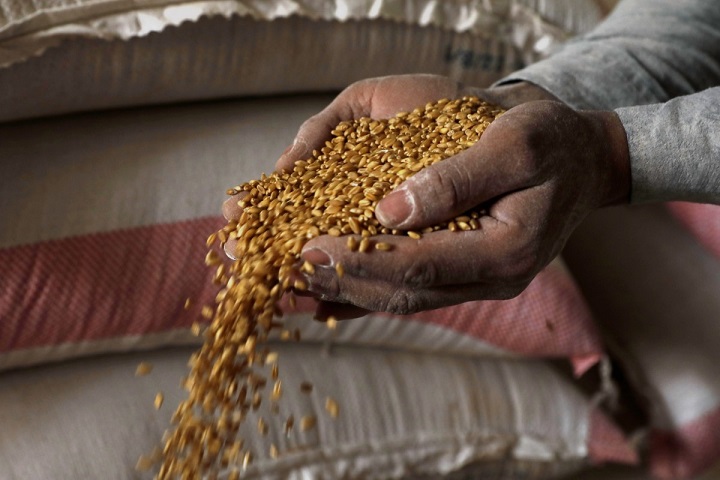 Although the talk about self-sufficiency in grains is entering its second year, it is long overdue, and by origin it should have started from the first year the Houthis entered Sana’a, and with this delay, we do not see the Ministry of Agriculture have any real plans to implement the self-sufficiency that the politicians of the Houthi movement are talking about. This means that the self-sufficiency that the Houthis are talking about is only for media consumption, and that this self-sufficiency has been fired at a mercy bullet by providing improved wheat seeds from outside the country. This was the first catastrophe that the International Committee of the Red Cross and the Council of Humanitarian Affairs in Saada province put on the path of the disaster, and in fact in Yemen in general. What a pity! The Houthis talk about self-sufficiency, and work to free themselves from achieving it, and enable their enemies with their own hands to deprive them of achieving it. And they surrender the necks of the people of Yemen to those whose treachery cannot be trusted.

Therefore, we must say to the Houthis: Whoever sent you foreign international organizations, and lavished you with aid and help yesterday, is the one who continues to deceive you today, by making your dependence on the West and not on yourselves in providing local seeds, and providing you with wheat strains, agricultural programs, irrigation, regulation and financial support.

Providing food is a great responsibility, for the imam is a shepherd and is responsible for his flock, and one of his care is to provide sustenance for people, so that they do not go hungry first, and so that the markets remain full of foodstuffs, prices stabilize, and the monopolists are cut off. Especially the global monopoly carried out by a handful of capitalists, and it is a matter of care that the Imam takes into account the times of wars, droughts and great disasters, when agriculture is less and the possibility of transporting materials weakens, and since self-preservation is an obligation, providing food is an obligation; because the Shari’ principle says: ‘Whatever obligation is not completed without it, is obligatory.’

Islam has been interested in agriculture, which is the mainstay of food, as it is the first source in the economy, in addition to industry, trade and human effort. Because through it, food can be provided to all the citizens of the state. The land is the basis of agriculture, and production is part of the nature of its composition. The Muslim countries are full of the finest types of bounties and agricultural resources that enable them to provide food not only for their citizens, but also with the ability to cover the entire world with food resources. Food security depends on the state’s ability to achieve enough or increase agricultural production for all its citizens, so that it is not dependent on food imported from other countries. Because the state’s inability to provide food to its citizens will make it pawn to others, and therefore others will control its administration.

O People of Faith and Wisdom: Self-sufficiency will only be achieved by the second Khilafah Rashidah (rightly-guided Caliphate) State upon the method of Prophethood, so come and work with Hizb ut Tahrir to establish it.