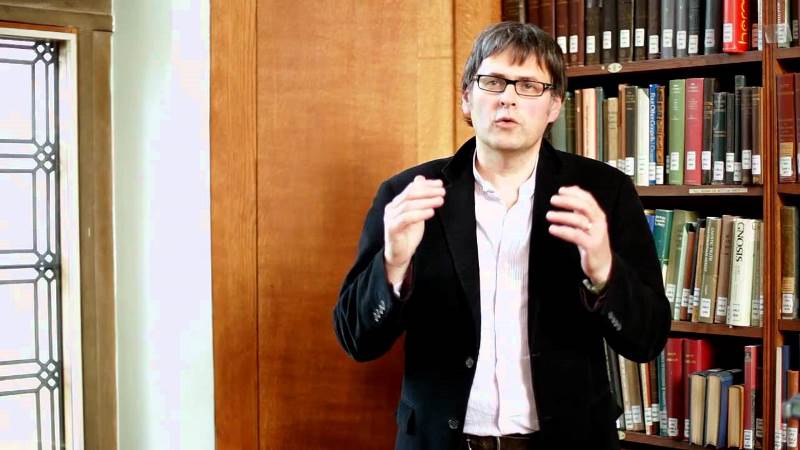 It’s amazing how unprofessional writers such as Ed Kessler appear when they use the mainstream media to promote their own bigoted and religious views, while attempting to appear fair and expert in the field they talk about. A recent article in the Independent Newspaper about religious conversion started as a historical account of conversion in the church, mentioned how European churches used forced conversions for a while, then quickly descended to a pointless diatribe about Islamic groups Ikhwan al-Muslimeen (Muslim Brotherhood) and Hizb ut Tahrir. No link to the topic of conversion was provided, only repeating out of context “facts” about the groups and how various secular dictatorial regimes view them. There was a brief mention that such Islamic groups want to carry dawah, which can result in people converting to Islam. Then the article focused on demonising them before oddly stating that the writer does not think forced conversion is a very good idea.

As mentioned in the article, only the European churches ever practiced forced conversion, and not the Muslims throughout history. But the article implied that such Muslim groups today would also force people to convert to Islam. Nothing could be further from the truth. Islam is the only ideology that welcomes debate and thought about its beliefs, as it stands on solid intellectual ground. This is not true of secularism today, however, which does actually use violence, deception and the force of law to impose its beliefs and values on people all over the world. The writer of this article, being a secularist himself, did not like to explore this kind of forced conversion, so left the insinuation dangling that Muslims are about to do it, if we let them. The whole purpose of the article appeared to be a reminder that some countries ban these groups, but we haven’t done so yet in the UK.

Secularists often assume their own adopted belief in secularism is a neutral stance and that others must be judged by how secular they are. This is itself a bigoted attitude.

Secularists know that they cannot debate why a person should convert to their secularism, as it has no proof or rational basis, so they desperately use every tactic they can think of to avoid real debate. They will slander those who do not agree with them. They will sneer at how intolerant the others are. They will make spurious allegations about the others, in the hope that readers will be so filled with negative feelings that they will not want to even hear what the other side has to say. All in all, this is anything but intellectual debate; just diversionary tactics.

This latest article was filled with many inaccuracies. Hizb ut Tahrir is not banned in Egypt, but the oppressive dictatorial laws effectively outlaw any political dissent, even from secularists. But the writer did not see fit to mention that his own secular “religion” is also persecuted there, as it did not serve his slurring purpose. When the BBC wrote about my own unfair trial under the Mubarak regime, they would insist upon ending every article with the incorrect claim that Hizb ut Tahrir was accused of attempting a military coup in 1974 there. It wasn’t true, and no amount of correcting the BBC would stop their journalists from repeating it. Without it their article would not have had the essential disparaging comment that all pro-secularist journalism must include.

This Independent article needed to include a spurious allegation that a murderer in Bangladesh was linked to people affiliated with Hizb ut Tahrir. Nothing more than the vague allegation is said, ignoring the secular environment that everyone in Bangladesh is certainly subjected to. But for the secularist the objective is not to present real meaningful links, but to just to throw ridiculously vague allegations intended to stain the group that they don’t like.

So as not to get caught in an obvious lie, suitably vague language is used, such as in this article. “Individuals affiliated with the group have been linked to violent acts” does not mention how the links have been conjured up, nor who made the link, nor indeed whether there was any truthful basis for the alleged link. In fact there is no causal link, but the vagueness of the article’s wording affords the journalist and newspaper a semblance of plausible deniability, as even a fellow secular bigot can make any spurious allegation, so then the journalist can claim that he was only reporting this allegation.

This is now the state of British mainstream journalism, if it can even be called that. It’s now hard to take any of the main media outlets like the BBC, The Times, The Independent, The Telegraph among others seriously, when their objectives are no longer about printing facts, but focus almost entirely on promoting secularism as the norm and making slanderous allegations about anyone who wants to question their secular ideology.

Is any of this fair? Of course not. The secular agenda of those making such allegations is never reported. The other side of the story is always left unreported. This appallingly low standard of journalism is now tolerated as the norm, as the secularist will stoop to any disgraceful level to avoid having exposed the very real causal links between secularism and the ills that the world suffers today. Moreover, just having secularism questioned and being asked to justify its worthiness as a human ideology is intolerable to the ardent secularist. Ironically for the secular bigot afraid of real debate, intolerance of others and dishonestly demonising them lest their voices are ever heard is now the only kind of life support for their secularism that they can find.