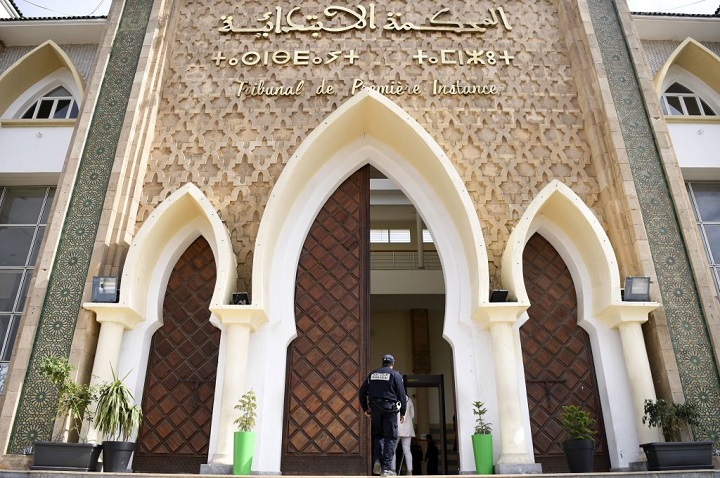 The Moroccan university lecturer accused of giving good grades to the students with return of sexual favours has been sentenced to 2 years in prison.[www.bbc.com/news/world-africa-59970326]

Comment:
The society in Muslim lands is still influenced by Islam even after the destruction of its political system. During the era of Khilafah (Caliphate), Islam had built a society with its own distinct view point of addressing the problems of humankind. Thus, it had its own ruling system, economic system, social system, judiciary to take care of people. After the destruction of the Khilafah, we saw that political and economic systems were completely dominated by non-Islamic systems especially the Western model. Yet, the social values still remained in the minds of Muslim Ummah as  both women and men maintained their dress codes, women were respected with honor in the society, procreation instinct was fulfilled within the institution of marriage and other aspects of Islamic societal values were still practiced in Muslim lands.

This scenario has been changing and cities in Muslim lands where Western ideas have an influence are getting impacted with evils of the Western society. Due to the Western view point of  looking at women as a material being for quenching the thirst of men, such issues would be the obvious outcome. This view point has emerged from the values of freedom which secularism injects in the minds of human beings.

The idea of prioritizing individualism puts forth by secular thought leads the people towards attaining the worldly pleasure. This idea has been penetrating into the minds of this ummah as a slow poison. Moreover, the Western policies, like coeducation, free mixing of men and women in society, compromise on dress code in public life are all contributing factors for such an evil impact in the Muslim lands.

The problems and the consequence of the Western idea and policies are already apparent and it has shown alarming adverse results in the Western society like women abuse, rape, adultery and childbirth out of Wed-lock. The capitalistic society rejects the divine guidance and provide sovereignty to man over the affairs of mankind. Capitalism has incorporated digitalisation and technological advancements to catalyse their view and promote this Wester model in the minds of Muslims in all possible ways.

“It is He Who has created you from a single person (Adam), and (then) He has created from him his wife [Hawwa (Eve)], in order that he might enjoy the pleasure of living with her. When he had sexual relation with her, she became pregnant and she carried it about lightly. Then when it became heavy, they both invoked Allah, their Lord (saying): “If You give us a Salih (good in every aspect) child, we shall indeed be among the grateful.” [Surah Al-Araf: 189].

Islam has stipulated specific attire for women as she has to wear a khimar (head cover) and jilbab in public. Islam also gives solutions for segregating men and women in their public life and classifying the role of men and women in society so that the procreation instinct will not be agitated. And it mainly prescribes legal marriage as the method to manage the procreation instinct.

This problem arises in the Islamic Ummah due to the ideological invasions in the Muslims minds whose emotions are Islamic but the rules governing them are not Islamic. This secular liberal ideology gives complete freedom to human beings to satisfy their procreation instinct in whatever way that they want. This leads to the miseries in the Muslim lands. Thus, this freedom makes the lives of our women nothing but a nightmare.

The Islamic system is the only solution to remove the corrupted thoughts of the society which make them to seek the pleasure of Allah (swt). This societal change will be achieved only by re-establishing the Khilafah Rashidah on the method of Prophet Muhammed (saw). May Allah grant us the victory and bless us with Khilafah Rashidah. Ameen.