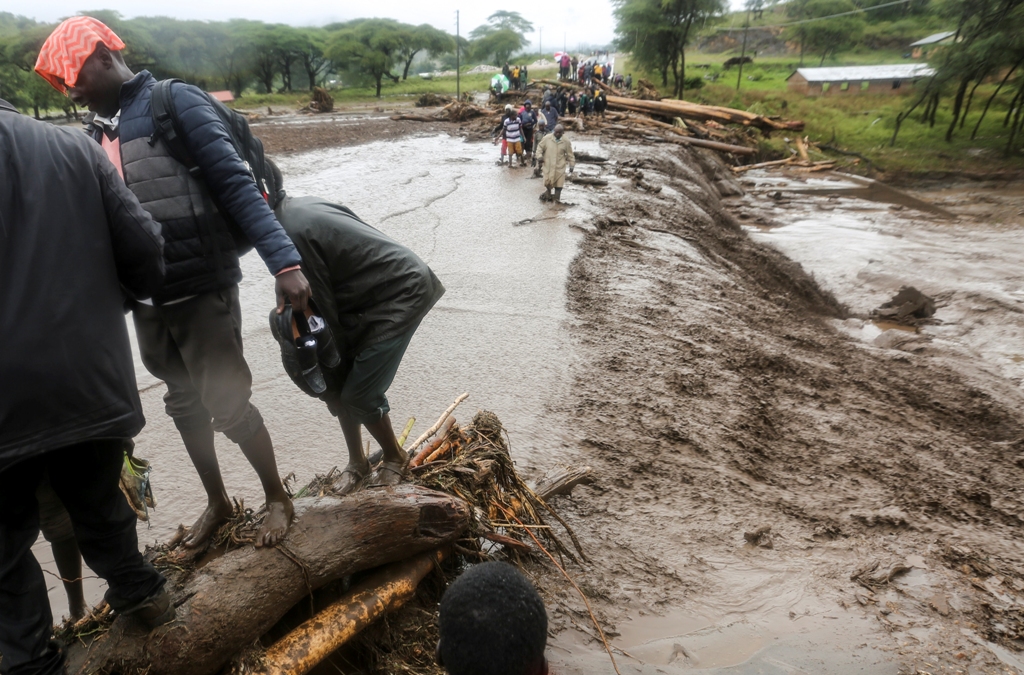 For the past few weeks heavy rains have pounded the country in which the media outlets have been reporting cases of devastation and deaths across the country — including the Central, Coastal and Northeastern regions — with experts warning of possible worse occurrences. The most recent deadly tragedy is the death of more than 50 people in West Pokot from raging floods that destroyed homes and caused landslides that buried residents was the worst natural tragedy in recent years.

The rains have once again exposed inability of Secular Governments to manage crisis. The deaths in West Pokot could have been minimized with proper disaster preparedness. It is troubling that several days after the calamity hit, many people cannot be accounted for, presumably as they may have perished. More painful top government officials, led by Interior Cabinet Secretary Fred Matiang’i, could not reach the village where dozens of people met their cruel death. The situation could have not reached this point if the government was responsible as it would have taken early measures.

Due to lack of proper state housing policies and land grabbing from state officials; numerous poor families have limited access to safe land hence risking their lives by living in flood-prone areas. Poor road networks where most roads especially in remote areas were not built to last due to the rampant corruption making only 32 per cent of its population living in two kilometers of all-season roads, this worsens the situation where floods victims stare helplessly.

The catastrophe has clearly how capitalist regimes turn natural disasters into humanitarian crisis. Often when such calamities occur, they reveal the true nature of capitalism and its ruling systems of not giving priority to the public interests. In the battle for power, secular capitalist politicians roam the country in helicopters seeking votes but in during floods they stare at televisions as the public drowns! This is the true depiction of capitalism and their leaders who only value their lives and disregard the lives of the poor.

Even if it is true that humankind cannot naturally prevent such disasters, however Allah (swt) has commanded the same humankind to take precautionary measures by instituting special procedures as a way to mitigate such disasters when they occur. As a full package system, Islam defines the responsibility of taking care of the public affairs as primarily upon to the government and not individuals. The Noble Prophet ﷺ said: «الإِمَامُ رَاعٍ وَهُوَ مَسْئُولٌ عَنْ رَعِيَّتِهِ» “The leader of people is a shepherd and is responsible for his citizens.”

The Islamic state, al-Khilafah (Caliphate) is mandated to secure the lives of its citizens all time. As for tragedies like floods and landslides the Khilafah utilizes funds from the treasury (Baitul Mal) to tend to the affected people and this is its responsibility to the public and not a favor. If it happens there are no funds in its treasury, then the Khaleefah (Caliph) will be forced to levy the rich a specific amount to compensate for such a situation. This is how the Khilafah is expected to protect the precious lives of its citizen’s bi idhni llah Taala.