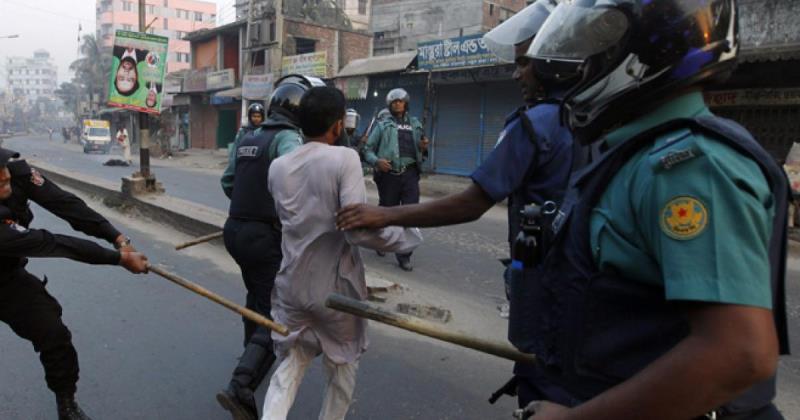 Lamenting the deterioration of the state of human rights in the country, [Nagorik Nirapotta Jote (Citizen’s Security Alliance)], a recently launched civil society body has called for greater unity to ensure the security of the citizens. The rights body said that from January to April this year, at least 118 citizens were killed in alleged ‘gunfights’, 354 women were raped, 234 children were raped and 144 were killed while 6 were allegedly abducted. The speakers urged all to protest unitedly to ensure democracy in the country. The newly floated alliance declared their 11-point demands, which included ensuring justice for extra judicial killings, safeguarding citizens’ freedom of expression, safety of religious and ethnic minority, strengthening the anti-corruption commission and also the election commission. (Prothom Alo May 25, 2019)

While the country is suffering from acute criminalization caused by the prevailing democratic order, the so-called human rights activists come up with the solution of secular dogma of strengthening democratic institutions. The Awami League government, a sincere slave of the West, imposes toxic secular thoughts and practises them on the people in the name of progress, but only to corrupt them. Such a dreadful agenda removes the Islamic values as the basis of action from the life of the people. Consequently, lewdness, immorality, and cruelty are engulfing the society, which are leading to all sorts of crimes including rape, looting, and murder. Secondly, a great deal of crimes is committed by the government itself like extrajudicial killing, abduction, and misappropriation of peoples’ wealth. Since the secular government is, in the truest sense, accountable to none, their crimes continue unabated. When all the democratic institutions including judiciary nakedly support the oppression of the government, it is ironic to think that the strengthening of the institutions will bring about solution to the deteriorating citizen’s security. Their claim is also false from the fact that the crimes are rampant and aggravating in the advanced democratic societies of the West.

Only instilling Islamic values among the people and comprehensive application of Shariah rules by the Khilafah Rashidah (rightly guided Caliphate) will eliminate the crimes from the root, and cleanse the society from the secular impurity. Therefore, we must throw the filthy secular thoughts from within ourselves and comprehensively adopt Islam to change the circumstance. Allah (swt) says: إِنَّ اللَّهَ لَا يُغَيِّرُ مَا بِقَوْمٍ حَتَّى يُغَيِّرُوا مَا بِأَنْفُسِهِمْ “Verily Allah does not change the circumstances of any people, until they have changed what is within themselves.” [Quran 13:11]