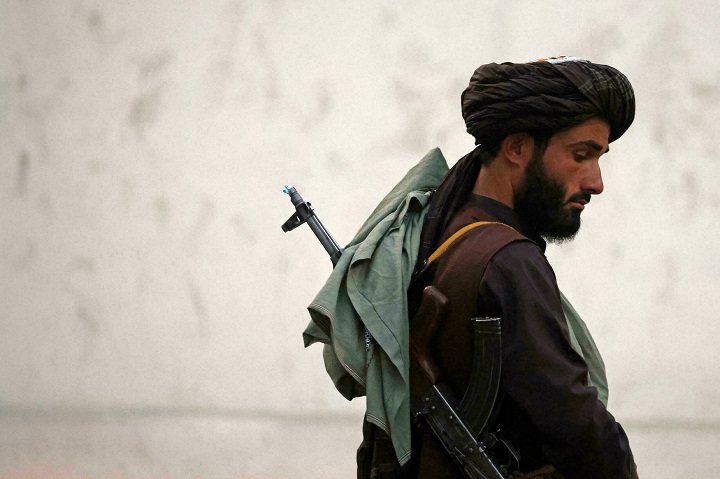 As reported by medcom.id, Indonesian military and intelligence observer, Susaningtyas Nefo Handayani Kertapati believes that the movement adopted by the Taliban group needs to be watched out for in the country. Indications that lead to the Taliban way can be seen in educational institutions. “In our country, there are so many educational institutions that have Talibanism in their direction,” said Susan in the #FromHome by Medcom.id Crosscheck program entitled ‘Two-faced Taliban to Indonesia?’ Sunday, September 5, 2021. Susan exemplified the movement in the form of not showing respect to Indonesian national flag, not posting a photo of the president, and memorizing the names of ministers. This is worrying because schools have an important role in printing future candidates for the nation.

Comment:
This mode is absolutely an obsolete “opinion theater” mode to control Muslim minds about Sharia, where the secular nationalists exploit the negative image of certain Islamic groups to corner Islamic teaching in their country. These comprador nationalists join hands with liberal media networks including paid buzzers, to pump out a narrative of the demonisation of Islamic teachings; in this case is the Islamic education activists who sincerely work to create a strong Muslim generation in Indonesia. Earlier in June 2021, a well-known buzzer also attacked “Nussa-Rara” cartoon series in Indonesia, an Islamic educational cartoon for Indonesian children, saying that it promoted radicalism and wore typical clothing of Taliban children, not Indonesian.

Currently, they are taking advantage of the global spotlight on Afghanistan crisis, to re-fry deradicalization propaganda, lies and propaganda against Islamic rule with accusation and dramatization by the Western media of the bad fate of the education of children and women under Islamic law. For two decades, this weakness has become an attack point that is always played by Western secular media networks for their Islamophobic agenda, an effective machine for the demonisation of Islamic Sharia throughout the Islamic world.

However, these compradors behavior actually reflects a mental disorder of an inferior and phobia syndrome towards Islamic teachings and the rise of Muslims. They continue to criticize and finding faults with those who still hold into the Islamic Sharia and who do not agree with the flawed values from their secular master. They are afraid that if Muslims re-implement Islamic sharia which is the key to victory, glory, and security for Muslims in the country, so that they will lose access to money and power from their masters in the West.

While on the other hand, Islamophobia syndrome like this also has a strong side effect, namely chronic myopic symptoms that blind them to the failure of the secular Western education system in Indonesia which has created a chaotic ignorance quality of Muslim generation. As the saying goes, germs across the ocean are visible, elephants cannot be seen; they need to look in the mirror before pointing at Taliban face or the sincere educators of Muslim children in Indonesia.

To response this massive accusation, Muslims must not be weak and reactive, because this kind of attitude will lead to an apologetic trap that leads to adjustment to dangerous nationalist secular values. Allah, the Exalted, says to the believers in the midst of accusations they receive from the Kuffar:

“Do not be weak, and do not (also) you grieve, even though you are the people of the highest (degree), if you are believers.” (Ali Imran: 139)

We must also use this Afghanistan momentum as an opportunity to spread the vision of Islamic education that will save the Muslim generation and secure the education rights of women. Therefore, the syi’ar related to this matter must be intensified by the da’wah activists in order to balance the agenda setting of the compradors and Western media, including the ability to re-expose the failure of secular capitalism in educating, prospering and glorifying the Muslim generation and women. We need to intensify the campaign of Islam noble vision of education that will be perfectly implemented in the global leadership of Muslims, namely the Khilafah, which is implemented based on the prophetic manhaj and will unite Muhammad’s Ummah under the banner of Liwa and Raya, a state that is the legacy of the Prophet Muhammad that will free the people from the shackles of ignorance and will produce heroes who liberate the country from Western colonialism and its comprador agents.