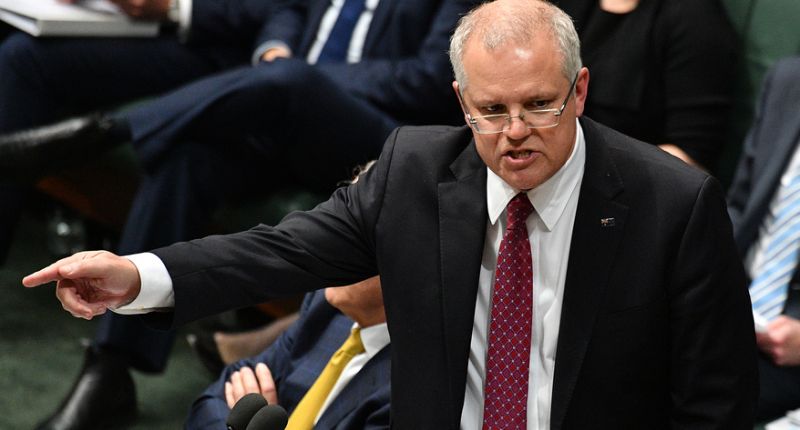 Prime Minister Scott Morrison and Home Minister Peter Dutton have been busy in the wake of the Bourke St incident milking it for political gain. They have blamed Islam and the Muslim community, flagged new draconian laws, sought to bully Muslim leaders into a phony ‘engagement’ process and generally continued with the now familiar ‘war on terror’ rhetoric and practice.

Hizb ut Tahrir / Australia emphasises the following in this regard:

1- The crime that took place on Bourke St has been framed within the discourse and policy of ‘terrorism’ only because the political and security establishment finds political value in doing so. This crime was in no substantial way different from the two attacks on Bourke St that took place in January and December of 2017—both of which in fact inflicted greater casualties—or from many a crime of this nature that takes place across Australia on a regular basis. In spite of this—and in spite those closest to the perpetrator suggesting that he suffered mental health issues—the ‘official’ terror narrative was set from the get go, concocted by the Federal Government and uncritically parroted by the mainstream media.

2- The Prime Minister laying blame on ‘radical’ Islam and the Muslim community is a tired and cheap tactic to shift blame and propagate the much-discredited ‘war on terror’ narrative that ignores politics and blames ideology. The fact of the matter is that when it comes to unjust violence and spreading terror, no one beats the dark record of western states, whose foreign policy is a litany of brutal wars, invasions, support for dictators, and economic and political exploitation on a mass scale. When all of this is not only ignored but justified and even celebrated, only the foolish can take the ‘war on terror’ or CVE seriously because it requires us to believe the most violent are seeking to secure peace.

3- Government ‘engagement’ with Muslim community organisations and leaders is a farce with an established track record. In 2005, the Howard Government called in Muslim leaders to Canberra only to lecture them on their ‘responsibilities’ in policing their own community on behalf of the government. In 2014, the Abbott Government called meetings to feign consultation about proposed legislation. In all cases, all substantive policies and responses were already decided and initiated. Morrison is doing the same. The pattern is unmistakable: milk any attack, blame Islam and Muslims, ask the community to do more, flash your ‘tough on security’ credentials, call Muslim leaders in to feign consultation and get the community rubber stamp, and push through more draconian laws.

4- Muslim organisations and representatives who have refused to be used yet again have acted commendably. We hope the change will be thorough and permanent. As for those who have insisted on playing to Morrison’s tune, they only serve his nefarious agenda. The community should and will continue to hold all accountable on such stances. What needs to be emphasised here is that the issue is not with some detail of how the political and security establishment is responding in this particular case. The problem is with the overall ‘war on terror’ narrative and practice, root and branch. It is a tool of oppression that perpetuates violence in the name of stopping it. Our Islam demands that we reject it in toto and, far from partaking in it, that we take principled stance against it. وَلَا تَرْكَنُوا إِلَى الَّذِينَ ظَلَمُوا فَتَمَسَّكُمُ النَّارُ وَمَا لَكُم مِّن دُونِ اللَّهِ مِنْ أَوْلِيَاءَ ثُمَّ لَا تُنصَرُونَ “Do not (even) incline towards those who oppress, lest the Fire touch you…” [Hud: 113]