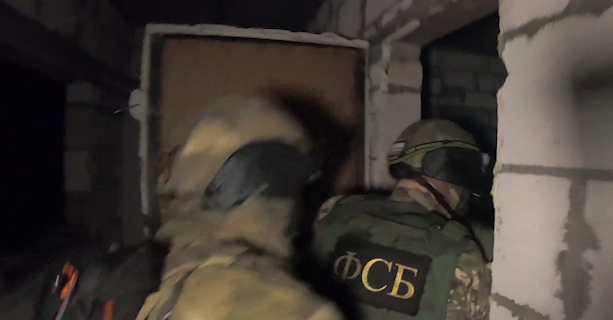 Several people were arrested in the Kaluga region of Russia on charges of involvement in Hizb ut Tahrir, the FSB’s Public Relations Center reported on January, 27. The operation was carried out by joint forces of the FSB and the National Guard.

According to media reports, the FSB detained several people and conducted a series of searches, during which they found “propaganda materials, communications and electronic media prohibited in Russia.” According to the ministry, the detainees “with the use of conspiracy measures during meetings spread terrorist ideology among the inhabitants of the region and recruited local Muslims into their ranks”.

Comment:
The footage of the arrests was widely covered by the media outlets, including Russia Today TV channel, which is focused on Russia’s foreign policy interests. According to information from Russian human rights activists, all or some of the detainees are labour migrants from Tajikistan.

It is noteworthy that these arrests took place during the carrying out the Council of National Coordinators of the SCO Member States, which was chaired by President Rahmon in Dushanbe from 26 to 29 of January.

At the same time, observers in Khujand also report a series of arrests that took place around the same days in northern Tajikistan. According to the available information, the men who returned from labor migration in Russia were detained on charges of involvement in Hizb ut Tahrir.

It should be noted the obvious consistency of these operations and their confinement to regular events within the SCO, which is one of Russia’s tools for imposing its colonial policy on the Central Asian countries, which includes, among other things, preventing an Islamic revival in the region.

However, the constant arrests and killings of innocent labor migrants from Central Asia for the sake of internal and external political interests by the Russian security forces have already led to the fact that the Russian population has long ceased to trust such messages, this is especially evident if one pays attention to the comments of Russian users under YouTube videos and social media posts.