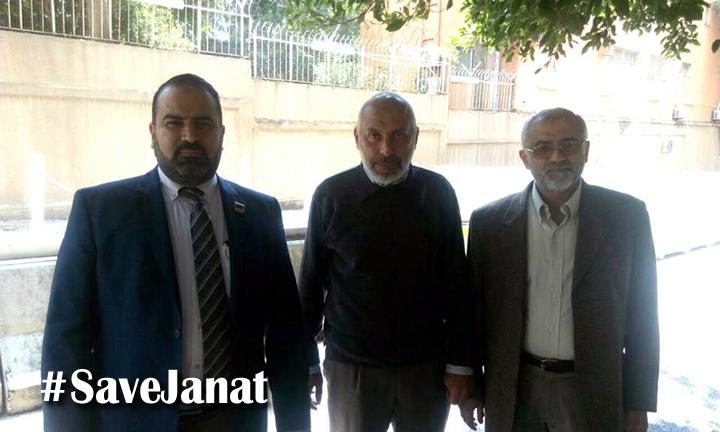 A delegation from the Central Contact Committee of Hizb ut Tahrir in Wilayah of Lebanon composed of: Eng. Salah Eddin Edhadha, Dr. Mohammed Al-Beqai, Eng. Saleh Salaam and Eng. Bilal Zaidan, handed a letter addressed to the Russian Federation through its ambassador to Lebanon, Alexander Zasypkin, on the hostilities it carries both inside and outside Russia against Muslims in particular.

To Ambassador Alexandre Zasypkin, Ambassador of the Russian Federation to Lebanon

Despite the enormity of what your country has done outside its borders, it has not stop at it, but also directed its hostility to the inside and began arbitrary arrests that specifically affect Muslims. Where hundreds of Muslims are imprisoned in Russia’s prisons because of their participation in Hizb ut Tahrir’s work. They were falsely accused of “terrorism” based on the 2003 Supreme Court’s shameless decision to classify Hizb ut Tahrir as a terrorist organization. According to this unique decision, the Islamic Political Party became a “terrorist” party. With the tightening of Russian laws against party members, the charges became fabricated not on the basis of the laws of “fundamentalism” in the Constitution but on the basis of the laws of “terrorism”; sentences can reach up to twenty years imprisonment.

Dozens of Dawah carriers have been arrested over the past few years, on these pretexts. On the 24th November the security services arrested the wife of one of the detainees who was sentenced to 12 years imprisonment, he is, Issa Rahimov, a member of Hizb ut Tahrir. Issa’s wife is of Russian descent; she converted to Islam and changed her name from Alla to Jannat Bespalova. She was arrested for her work with Hizb ut Tahrir and was thrown in prison where the criminals are held. It was then decided, in January 2018, to extend the sister’s detention for another two months, which means that she will remain in Russia’s prisons until 16/03/2018, the date of the next court hearing.

The interface between your regime and the Muslims has reached a level of belligerency. what your state is doing in Syria, and what the regimes supported by it in Central Asia have done since the beginning of this century of brutality, killing, and arrests, and what your regime is doing today of arrests that affect women is the best evidence of how you treat Muslims. This treatment, which does not put any calculation for the future…

Therefore, we are sending you a message to your country to stop its iniquity and injustice against Muslims outside and inside Russia, and to open its eyes well on the coming days, for Russia is adjacent to the Muslim countries and has more than 23 million Muslims. And Russia’s alliance with America against Muslims will not benefit it, rather it is a message of hostility to Muslims in Russia and abroad … Muslims who you know perfectly well that the next days will be for them and their state …”