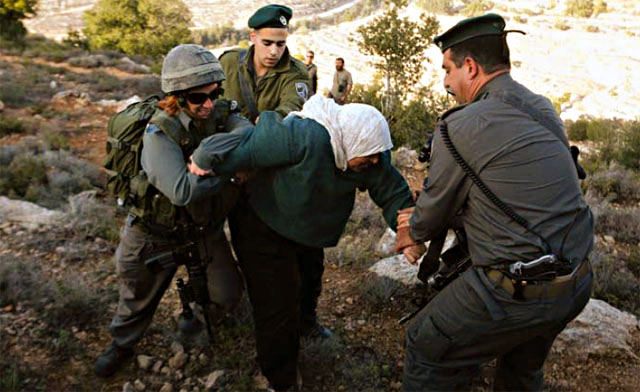 Saudi Arabia has expressed regret and sorrow for the current problems experienced by women in many parts of the world, mentioning the violation of Palestinian and Syrian women’s human rights and calling the “international community” to eradicate ‘such crimes and inhumane practices’ and to ‘hold accountable those who commit them’. These facts were part of a speech by Saad bin Abdullah Al-Saad, deputy permanent representative of Saudi Arabia to the UN. He spoke to the Commission on the Status of Women (CSW) at the UN on Friday during the 60th Session of the Commission.

The Kingdom of Saudi Arabia ratified the Convention on the Elimination of all forms of Discrimination Against Women (CEDAW) in September 2000, but formulated some reservations in order to keep up appearances, such as rejecting terms like gender, gender identity, comprehensive sexual education, reproductive health and reference to homosexuals which are issued in any document by the UN. Saad bin Abdullah Al-Saad once again underlined the Saudi Kingdom’s reservations towards the implementation of any recommendations that are “inconsistent with the principles of our Islamic religion.”

Recomposing Western terms is not rejecting them or the ideas which lie behind them. This is just another attempt of ensuring the Western rule upon the sacred soils of Islam, of inducing the Muslim Ummah with Western values, blurring Islamic ideas and confusing the minds of the Muslims in order to disable them of searching and finding the word of truth, the rules and views of the Shariah, and thus prolonging their vulnerability towards the Kuffar powers. The lives and dignity of Muslim women is not worth a straw in the eyes of the Saudi Kingdom, as it not only keeps watching the slaughter of the Palestinian Muslims for decades, and now the slaughter of Syrian Muslims for five years, but contributes with all its means to the realization of its Western master’s ambitions.

The Saudi Kingdom makes a laughing stock of itself in the eyes of the whole world, the Kuffar and the Muslims. The West is looking down at them, and tolerating their farce until achieving their own interests, while the Ummah has always been aware of their true faces. In fact, the Saudi Kingdom’s existence upon the sacred soils of Islam itself, which came into being through treachery, intrigues and collaboration with the Kuffar lacks any principle of our Islamic religion!!! Executing Muslim scholars and dawah carriers whose only crime is speaking the true word is not in accordance with any Islamic principle!!! Which Islamic principle or rule does the Saudi Kingdom refer to when proudly highlighting its 80 years of friendship with the USA and thus directly providing financial and intelligence support to the CIA in fighting Muslims in Syria??? Or its creation of an “Islamic anti-terrorism coalition”, which purely aims at fighting the sincere Muslims of Syria??? So there is nothing that shows that the Saudi government cares about the rights, dignity or lives of Muslim women neither within its own artificial borders nor elsewhere in the world.

If the Saudi Kingdom were to be concerned about the welfare of Muslim women, it would implement the Islamic rules comprehensively and without any discrepancy of the Shari’ rules that the Messenger of Allah ﷺ passed on to this Ummah, that proved best for the lives of the Muslims for centuries and provided Muslim women lives which non-Muslims envied. However, in order to be able to provide true dignified lives through the correct implementation of Islam, the Saudi Kingdom would have to abandon its kingship and to submit to the only Islamically acceptable form of ruling, the Khilafah Rashidah (Caliphate) upon the Method of Prophethood.