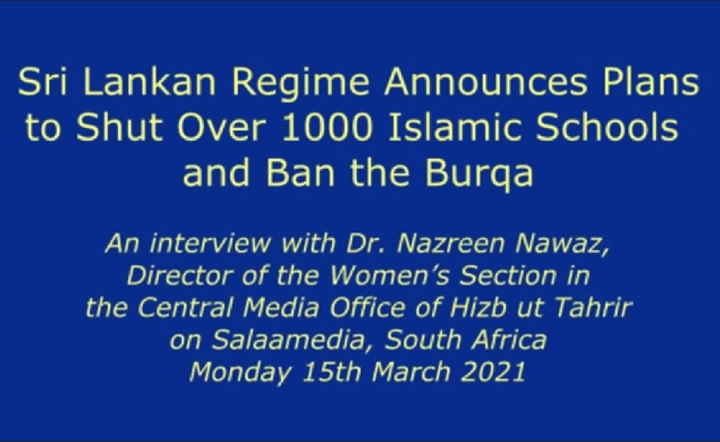 “On the 13th March 2021, Sri Lanka’s Minister for Public Security, Sarath Weerasekera, announced plans to shut more than 1000 Madrassahs and ban Muslim women from wearing the Burqa which it ludicrously labelled as a “sign of religious extremism”.

This interview on Salaamedia, South Africa with Dr. Nazreen Nawaz, Director of the Women’s Section in the Central Media Office of Hizb ut Tahrir, discussed how this is simply the latest chapter of the actions of a regime that is marginalising and stigmatising Muslims in the country in order to curry favour with ultra-nationalistic sectors of the society, as well as playing politics with national security in order to coerce Muslims into leaving their Islamic beliefs and practices..