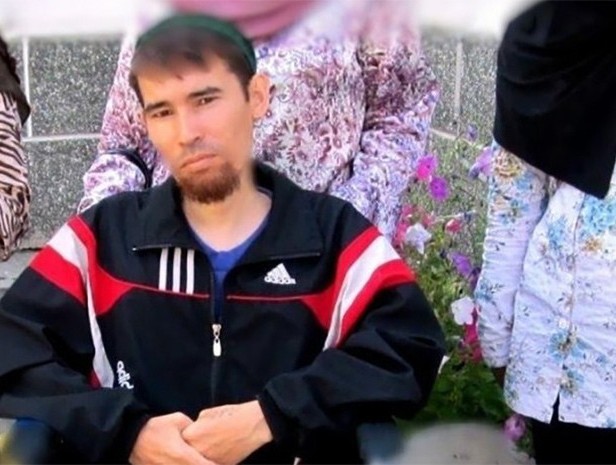 After the media reported the arrest of disabled Amir Gilyazov in the city of Chelyabinsk, RT propaganda attempted to justify the behavior of the security forces and published a report entitled “Not an Imam, but a Fraudster, the Paralyzed man (on a wheel chair) detained in Chelyabinsk helped send fighters to Syria.” 2/11/2018. However, this media report did not prove in any way the charge of the detainee Amir Gilyazov, but shows that the publication was requested by a certain party.

The source of RT’s information from the security services confirmed that “the investigations have evidence that Gilyazov has been actively involved in a terrorist group (Hizb ut Tahrir) for several years and recruited supporters and was involved in sending them to Syria.” Apart from the audio recording of this source, there is no other evidence condemning Gilyazov. On the contrary, when RT asked Amir Gilyazov’s family about him, they said he was a pious person who participated in the lives of Muslims in his city only.

For example, the landlord of Amir Gilyazov’s family residence, 63-year-old Fairuza Valeronovna told RT that the man was a leader of local Muslims. “To us he is like an Imam, this is what we call him, he comes to the new houses and blesses them and reads the Qur’an. He names newborns, conduct marriage contracts, it seems to me that he liked to go to the White Mosque on Yolkna Street (the Great Mosque in Chelyabinsk),” according to RT.

But the RT tried to distort this description of Gilyazov. “The religious administration of Russia’s Muslims told RT that it had no knowledge of an Imam of that name, and the Russian Interior Ministry also stated that they had no information about Amir Gilyazov, and he could be a man who could act on behalf of any commercial entity”.

Yes, anti-Islamic laws in Russia prevent Muslims from everything. The call to Islam requires special prior permission, which shows the stupidity of those who issue such laws, yet they can not characterize Amir Gilyazov as a criminal.

RT tries hard to distort the reputation of the righteous Muslim and states: “The paralyzed Gilyazov, according to his acquaintances, spends a lot of time on social media sites, adding that his page contains many articles on Islam and politics, in particular criticizing the Russian campaign in Syria and publishing articles about what it called Chemical weapons attacks by government forces.”

We recognize that the word “Islam and politics” in Russia is used as a scarecrow, but how does this justify the arrest and torture of a disabled man approaching his death? And where have they read that the Muslim should be silent over the crimes of Russian policy in Syria and the crimes of the Assad regime?

As for Gilyazov being a member of Hizb ut Tahrir, we can confirm that he is not, but we want to draw attention to something else; the RT has repeatedly invited Hizb ut Tahrir/Britain members as representatives of the Islamic political party, what form of contradiction do they practice?!

Allah (swt) says: وَمَكَرُوا مَكْراً وَمَكَرْنَا مَكْراً وَهُمْ لا يَشْعُرُونَ * فَانْظُرْ كَيْفَ كَانَ عَاقِبَةُ مَكْرِهِمْ أَنَّا دَمَّرْنَاهُمْ وَقَوْمَهُمْ أَجْمَعِينَ * فَتِلْكَ بُيُوتُهُمْ خَاوِيَةً بِمَا ظَلَمُوا إِنَّ فِي ذَلِكَ لآيَةً لِقَوْمٍ يَعْلَمُونَ * وَأَنْجَيْنَا الَّذِينَ آمَنُوا وَكَانُوا يَتَّقُونَ “And they planned a plan, and We planned a plan, while they perceived not * Then look how was the outcome of their plan – that We destroyed them and their people, all * So those are their houses, desolate because of the wrong they had done. Indeed in that is a sign for people who know * And We saved those who believed and used to fear Allah” [an-Naml: 50-53].