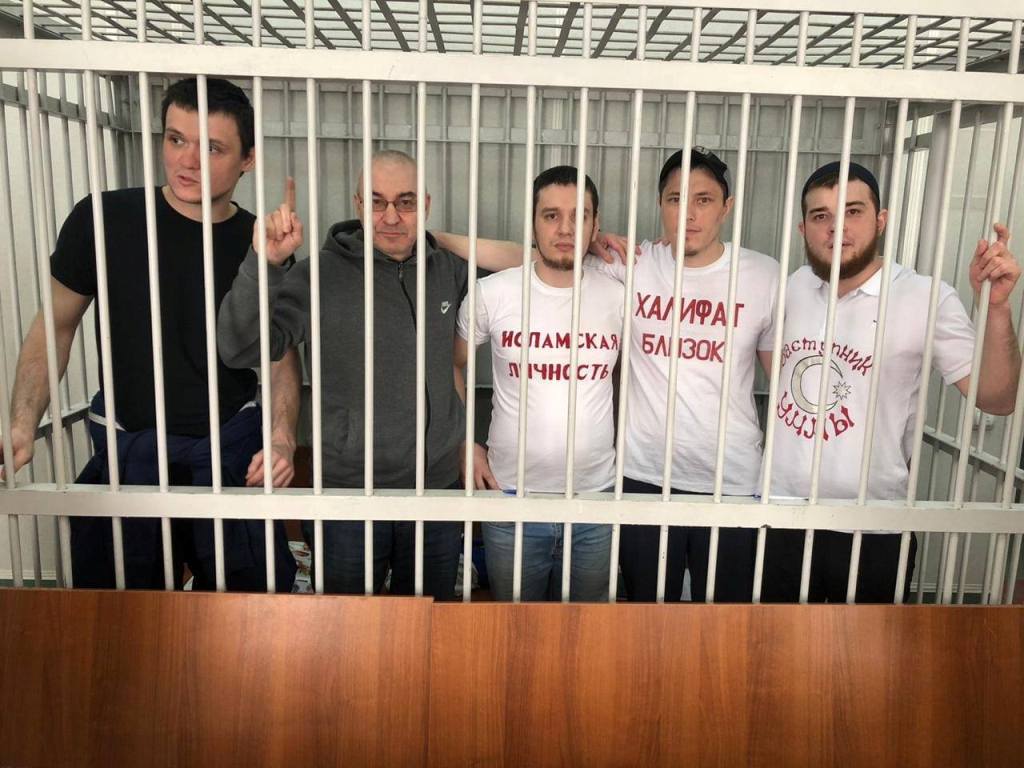 On May 16, 2019, the Supreme Court of Russia approved a new verdict against Karim Ibrahimov (born in 1963), already convicted by the Moscow District Military Court on August 17, 2016, to 17 years in prison in a high security colony on charges of organizing a Hizb ut Tahrir cell in St. Petersburg. This was reported by Daria Kostromina, an employee of Memorial Human Rights Center, on her Facebook page. According to the results of the new sentence, 2 years 8 months have been added to the old term, this time he was accused of the “propaganda of terrorism in the colony”. Now, according to the verdict, he should be released in February 2034 (and according to the first sentence he should be released in summer 2031). By the way, he himself will then have to be 71 years old. The verdict was passed by the Far Eastern District Military Court on February 11, today approved by the Supreme Court.

As it became clear on the appeal, the reason for the case was two personal conversations with another prisoner in the Krasnoyarsk colony. Ibragimov is detained in IK-17 of Krasnoyarsk, where, according to media reports, tortures were recorded last year.

Recall that this is not the first case of a repeated conviction against a member of Hizb ut Tahrir already convicted. In 2017, Rinat Galiullin (born in 1978) from Chelyabinsk, after serving a 6.5-year prison sentence, was arrested in prison in front of his wife and daughter, who came to meet him. The FSB stated that while in detention, he conducted “collective and individual conversations” with prisoners and tried to involve them in the activities of Hizb ut Tahrir. As a result, he was again convicted in a newly fabricated criminal case to 8 years in prison.

Also being kept under confinement for activity in Hizb ut Tahrir, since 2012, a native of Tajikistan, Zikrullokhon Rakhmonhodzdayev (born in 1975), in 2018, was sentenced to 14 years and 6 months in a special regime colony for his call among the prisoners.

The Russian authorities, in their lawlessness and hatred towards Muslims, began to apply the experience of the Uzbek pharaoh Islam Karimov. They clearly showed that all their courts, investigations, protocols, interrogations, “witnesses” and their “testimonies”, all of their “experts” and “expertise” are all just a formality, in order to give the appearance of legitimacy to their war against Islam. Moreover, the special services set themselves the task of not releasing members of Hizb ut Tahrir, serving sentences and standing on their position, while continuing to lead the call.

“A time of patience will come to people in which adhering to one’s religion is like grasping a hot coal.” (al-Tirmidhī)