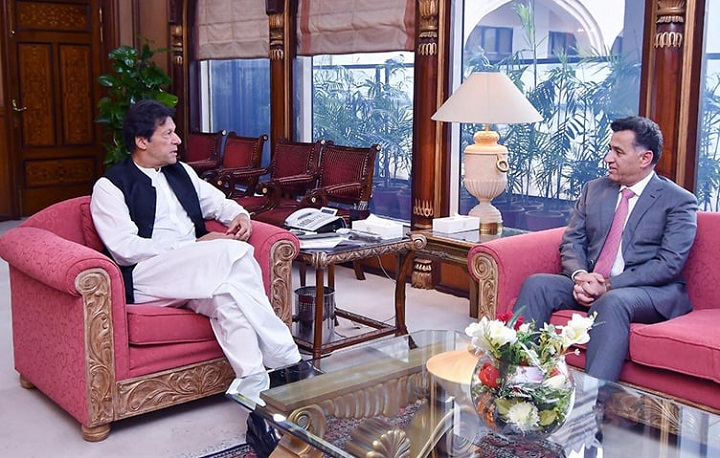 The Muslims of Pakistan witnessed the recent power struggle within Pakistan’s political and military leadership with disgust, wondering whether Pakistan’s rulers care for the people, or just for personal gain. The removal of Lieutenant-General Faiz Hameed as head of the ISI, threatened the political power of Imran Khan. General Hameed and the establishment had brutally and recklessly supported Imran Khan, despite huge resentment within the Muslims of Pakistan and their armed forces. In an arrogant, stubborn cling to power, Imran Khan made clumsy and desperate attempts to halt the removal of General Faiz. It is not the first time that we have witnessed such power struggles, in the current failed system.Both political and military leaders have changed both laws and the constitution to cling to power, make themselves wealthy and gain extensions in the term of their service. The root of the problem is that the right to make laws lies in the hands of human beings. This right is both the basis of Democracy, where the majority of elected representatives decide the law, and the basis of Dictatorship, where a single dictator decides the law. It is the cause of the power struggles which we witness in the current system, time and again. Both political and military leaders exploit the law to secure personal ambition for power and illicit wealth.

Ruling is a sacred trust in Islam and an act of worship of Allah (swt). The ruler in Islam is obliged to take care of the affairs of the people, through implementing Islam. Islam does not allow the ruler to rule according to his own whims and desires. Instead, Islam obliges the ruler to rule by all that Allah (swt) has revealed, whilst the ruler is accountable before Allah (swt) for his guardianship. In reply to Abu Dharr (ra)’s request to be a ruler, the Messenger of Allah (saw) warned,

“You are weak, Abu Dharr, and it (ruling) is a trust which will be a cause of shame and regret on the Day of Resurrection except for him who undertakes it as it ought to be undertaken and fulfils his duty in it.” [Muslim]. Thus, the Messenger of Allah (saw) warned the incapable, pious man from being a ruler, even though he would have ruled by all that Allah (swt) has revealed. In Islam, ruling is for the capable individuals who fear Allah (swt), whilst ruling itself is a worship of Allah (swt), through governing the people according to the laws of Islam alone.

O Muslims of Pakistan! Democracy does not allow us to be governed by all that Allah (swt) has revealed. It produces political and military leaders who only care for themselves and the interests of their colonialist masters. It is time we reject this system and work for the sake of Allah (swt) to establish the ruling system of Islam, the Khilafah. O Muslims of Pakistan’s Armed Forces! Do not allow your strength to be exploited by those who pursue personal ambition. Remove these corrupt leaders who seek their own benefit, releasing our people from misery and despair. Indeed, Allah (swt) made you capable to change our situation and He (swt) will certainly ask you about all that He (swt) granted you. Grant your Nussrah to Hizb ut Tahrir for the re-establishment of the Khilafah (Caliphate) on the Method of Prophethood and let our people rejoice at the return of the ruling by the Noble Quran and the Blessed Sunnah. Allah (swt) said,

“And on that day the believers will rejoice (4) at the victory willed by Allah. He gives victory to whoever He wills. For He is the Almighty, Most Merciful.” [TMQ Surah Ar-Rum 30:4-5.]