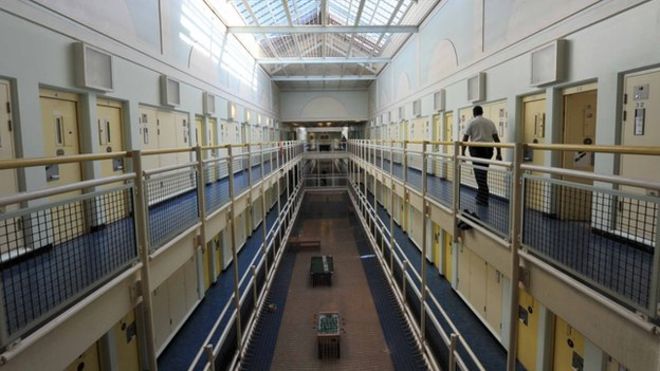 Every few months in the UK, news reports talk about the new record high for the number of prisoners in UK jails. In my living memory, I am not aware of the prison population ever going down. Indeed the high rate of reoffending is something politicians, thinkers and think thanks seem to never be able to find a solution to.

Islam from its foundation promotes accountability to the Creator. We are constantly reminded that humans will be called to account for our deeds in the next life. This creates accountability on three levels and leads to social harmony. It leads to society where most people will avoid committing crimes. It leads to a society where you don’t need a policeman or CCTV round nearly every corner as is now the case in the UK, yet the prison population continues to rise. The levels are:

1) Taqwa and a self-accounting individual who is reminded to account himself before the day he will be accounted by Allah (swt). This concept leads to a reflective individual who follows the commands of Allah so restrains himself from infringing on others’ rights, upholds the best of morals and abstains from stealing, assaulting others and other crimes. This is the most powerful means of creating a largely self-policing society and meant that the Islamic Khilafah state historically had very low levels of crime.

Secular western societies promote ‘freedom’ of the individual as the highest of ideals and that life is about doing whatever makes you happy or brings you material benefit. Many years ago, a colleague at my workplace took an envelope from the post office without paying for it. In the ensuing discussion in the office he tried to defend this as a trivial matter. If he stole an envelope today, what would he steal tomorrow? This is the result of the secular mentality that says that you should do whatever brings you benefit and happiness. This is why a survey in 2015 found that a third of men in a ‘civilised western society’ said they would happily rape a women if they could get away with it.

2) The concept of enjoining ma’roof (good) and forbidding munkar (evil) means that Muslims publicly encourage one another to do what Allah has said is good. So bad behaviour, crimes or actions that contradict the Shariah are not praised, celebrated or promoted.

In secular societies on the other hand, crimes and bad behaviour are constantly glorified. Films are made about the great train robbery and other famous crimes. Magazines tell people how to have the ‘perfect extra-marital affair and get away with it even though many westerners recognise the harm such affairs does to family relations. And the entertainment industry celebrates all sorts of vices and crimes in the name of ‘entertainment’.

3) Islam mandates that the Khilafah Rashidah state upon the method of the Prophethood which implements Islam must apply the Islamic laws on all citizens regardless of status. Hence, the idea that politicians enjoy ‘immunity from prosecution’ is something Islam does not recognise. Nor the idea that employers can steal money from customers but do not go to jail or get lighter sentences than people who stole from people in other ways as has been the case in some western countries – so called white-collar crime.

Unfortunately, Muslims and other new immigrants whose parents are amongst the most law abiding citizens when they arrive here are now increasingly represented in the growing prison population for drugs, robbery and other sexual offences. Unfortunately, this is an inevitable consequence of embracing the secular values of ‘freedom’ which leads to social chaos, an ever growing prison population and a fundamental inability to create a self policing society and social harmony – something Islam is able to do.